I miss the village too.  The article currently making the social media rounds, depicts a collective longing of the ubiquitous American mother, a woman totally dumbfounded by the ability to have everything and nothing at the exact same time.   We are living ‘the dream’ in our row houses with our white picket fences, and waking up each morning trying to decide if its really a dream or a nightmare.  We have every amenity, toy, service, and opportunity that we could ask for, think of, or imagine…. but we’re navigating the path all alone, and feel that void daily.  I find it ironic that we send relief workers and humanitarian aids to third world countries, trying to ‘develop’ them, when in reality we could use a few lessons in development ourselves.

The truth of the matter is, children are inconvenient, and they don’t fit in our culture of EXTREME convenience. 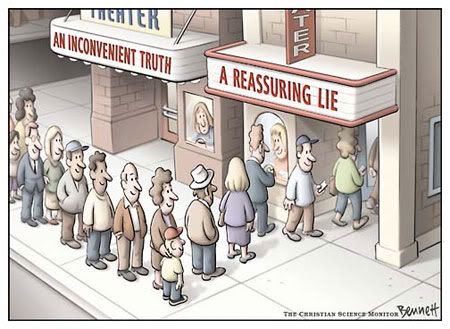 We are the motherland of ‘your way right away’, and children bring that to a grinding halt for adults.  You wanted to sleep all night, or at least past 6am?  Sorry, they had other plans.  You pride yourself on being on time???  They don’t even know how to tell time.  You have a major meeting, and it just so happens to be the same day they get sick.  You want to go on vacation, but suddenly have more mouths to feed and bodies to clothe.  How this plays out on a wider scale of the community in general, it has becomes an us vs. them mentality.  It has become a choice.  We see it being fought at the earliest onset of life…. pro-choice or pro-life.  I realize we’re a highly educated country and all, but I feel it bears pointing out that if some people weren’t ‘choosing’ to have children our way of life would look DRAMATICALLY different in just one generation.  I’m not gonna get all conspiracy theory on this point, about how other cultures/belief systems/etc, that are having children at much higher rates are eventually going to have the critical mass to challenge our way of life…. I’m just saying its a pretty dang good thing SOME people are having babies.  Rather than ostracizing these parents during the hard years, when their inconveniently loud mess makers are on the prowl, maybe we could be thankful that at 2am and 6am they’re putting in the time, and cut them a little slack at 2pm and 6pm when the kids are ornery for naps or hungry for dinner.

In the village everyone is in it together.  I am SO incredibly thankful for the small village I’ve been able to amass, friends that don’t withhold an invitation simply because my kids would need to come with me, rather embrace us as a package deal.  However the fear is still there, that if my kids aren’t behaving perfectly the invitations would stop.  If my kids aren’t behaving perfectly I’ll get glares in a restaurant, on an airplane, in the grocery store, or worse…. as an experience showed yesterday…. if my kids aren’t behaving perfectly and I’m not being a perfect parent they could get taken away from me.   At a play-date I was at yesterday a little 2 year-old girl wandered away from our group.  She was gone for 5 minutes or less, but was brought back to us by a police officer that had driven past, saw the little girl standing by her mini-van and pulled in to see what was going on.  Don’t get me wrong, I’m incredibly thankful for the officer that was alert and assisted by pointing out this little one had wandered away.  However, what he said pulled me up short, “I could report this to social services, if anything had happened one of you would be going to jail.” As if there wasn’t enough fear with the responsibility of raising a human being?!?

Please know, we are trying our absolute BEST.  I know that sometimes, that ‘best’ looks quite different person by person, but please try to understand not one of us is close to perfect, and this business of raising humans is EXHAUSTING.  We need all the help, extra eyes, and hands that we can get….. We need to know that you are for us, and not against us.

Mama’s, we need to extend some grace too….. This is a two way street and if we want the village we’re claiming to miss we need to lay down the mama bear tendencies that seek to annihilate anything that tries to challenge our parental skills or children’s behavior.  What we’re saying we want are fellow mama’s (and dad’s) to mother our babies, and they are all going to mother differently, some of them may have never mothered before.  I think the hesitation for anyone to say anything, or step into help, is a fear that we will pounce all over them…. which is likely based in truth that we HAVE in the past, primarily out of our own insecurity that we don’t KNOW if what we’re doing is right, but are praying like crazy is.   The village is a place where in generations past, teachers could give the children swats for bad behavior in a classroom, we have certainly instilled the fear of God in them to not so much as give them the stink eye for fear of losing their job.   When we collectively raise kids, they get a wide variety of parenting models, some may swat, some may put in time out, and others will soothe and try to connect/rationalize with the child….. every parent that has ever employed any of these strategies was doing it out of what they believed to be the best way to love a child and correct their behavior as they learn and grow.   Also remember, for those trying to parent your kids, that may have not parented their own, they are just as clueless as you were the first time…. I realize this is the hardest one…. as all the feelings come with this one: fear that your doing it wrong, righteous indignation that they have NO clue, anger…. just BECAUSE they have no clue, and guilt because you didn’t manage to keep your child’s ‘inconvenience’ contained….. It’s a lot of feelings to manage over the course of one interaction gone wrong, but let’s collectively TRY to give them grace in that moment, KNOWING they just have no clue.

It is an inconvenient truth that children are, well, inconvenient.  Parents are not saving all of their crazy, insane, behavior for public places.  What you see in public is likely a fraction of what the parent gets to deal with at home, so when you see it don’t roll your eyes and immediately write them off as a terrible parent, see if there is anything you can do to help.  Parents…. ACCEPT the help…. EMPLOY the village, and do so with all the grace and humility you would want to model to your children.  There is no such thing as a perfect parent and/or child, so lets try to build our own little villages that embrace more of the imperfections.