This felt like the winter that just did NOT want to quit!  We had snow… In RALEIGH… in March.   Then I had to laugh at my friends in Virginia and Michigan that were still getting it here in APRIL?!?  I mean, for real… enough is enough.

We’re finally getting sustained outlooks in the 70+, and last weekend was the annual ‘let’s pretend I can keep plants alive’ trip to the greenhouse, so I’m a happy woman right now with everything in bloom.   I can usually squeeze a solid month in before I kill EVERYTHING… I really try, I just cannot for the life of me figure out the right mix of sun/water.

Despite the colder weather, I’ve developed a particular affinity for the months of January, February, and March….. as I’ve realized it’s our hibernation quarter.  With the breakneck pace we seem to keep April-December… it is a very much welcome and needed rest.  I took the bait and joined my sister in pursuing ‘a healthy lifestyle’ again…. She’s trying Keto, I opted for portion control/Beachbody work-outs.  We’ve turned it into something of a competition to see who’s strategy yields the best results.  Only problem, we’re only two months in and both losing steam :/.  My cousin-in-law is being a good ‘coach’ for Beachbody though, and challenging me to not give up completely…. so fingers crossed when I start this 80-day obsession program on Monday, I can figure out how to stick it out.   I’ve seen enough of the ‘transformation Tuesday’ pics to at least give it a shot, so MAYBE I’ll post before’s/after’s here as an attempt to motivate myself to not quit.   Ain’t NOBODY seeing the before’s if the after doesn’t deliver, because…. yikes.

While the unstructured, hibernation, months have given us the opportunity to have some last minute fun…. by the time I hit March, in our school stuff with the kids,  I’m toast.    Jen Hatmaker posted a viral post about the worst end of school year mom ever , she claims to make it to April…. but it’s March for me.  This year, since there was more than just me bearing the load, a poor unsuspecting 2nd grade teacher landed on the receiving end of an exhausted rant.  To be fair, I’ve been used to calling all the shots in our school work…. deciding what was praise-worthy, and when I needed to send them back to the drawing board for better effort.  This year, the 2nd grade curriculum seemed to be UNREASONABLY hard.  I’m not sure if you’re familiar with IEW, but the expectation was 7 year olds were going to be able to come up with who/which clauses, strong adverbs, adjectives, and compelling sentences.  Hell… I was throwing a party if he could remember capitals, periods, and the sentences made a bit of sense.  I made it through the first 7 months of our school year, trying to work with this program…. but when I was all but writing the papers myself…. and STILL getting 60% because I couldn’t figure out what this teacher was asking for…. well it wasn’t my finest moment.   This resulted in me getting the fabulous opportunity to navigate the super awkward first interaction after you ‘send the email’.   This sweet teacher might only be 2 years outta college at best, no kids, and doesn’t have a lick of an understanding what this crap is we’re dealing with on daily basis trying to juggle our circuses, but that was not her fault.  So I stood outside her classroom for a solid 10 minutes the following Wednesday, before walking in on my day to ‘help out’, giving myself a pep talk that I could swallow my pride and apologize (even though I was still a bit ticked she wasn’t grasping HOW unreasonable her grading curve is for SEVEN YEAR OLDS).   We now have one month to go, and I can see the light at the end of the tunnel, we’re gonna make it!!

A quick recap of our last few months….

We got WINTER…. which was exciting… in JANUARY 🙂  And ofcourse like every mother, I thought ‘what fun it will be to sled with my children…. what memories we’ll make’.    My memories of this event were cursing in my head while EVERYONE talked over one another looking for all their winter gear, complaining that someone took their gloves (which they had already grown out of, but because they couldn’t find their own it somehow mattered more, even though said gloves wouldn’t fit them).  When we finally got outside there were some shrieks of excitement and fun as we took in our winter wonderland, however since the sledding hill (god forbid) was not DIRECTLY outside our door and we had to walk there (gasp), those shrieks of delight quickly turned to whines about cold, and when would we get there.    When we finally made it there, again we had a few shrieks of delight (after settling a brief argument over who got to go first…. youngest to oldest in our house… ALWAYS… why can’t you remember that).   However when snow got in Selah’s face on the first trip down she lost it and we could not recover…. so then I endured her shrieks while everyone else got 3-4 more runs in, then AJ collapsed with exhaustion and could not take ONE. MORE. STEP up the hill… so I had to go down for him, with Selah on my hip… put him in the sled, drag them both back up the hill and all the way home to tears of exhaustion and being cold.   Ah….. the memories.   I pray they remember that I TRIED…. 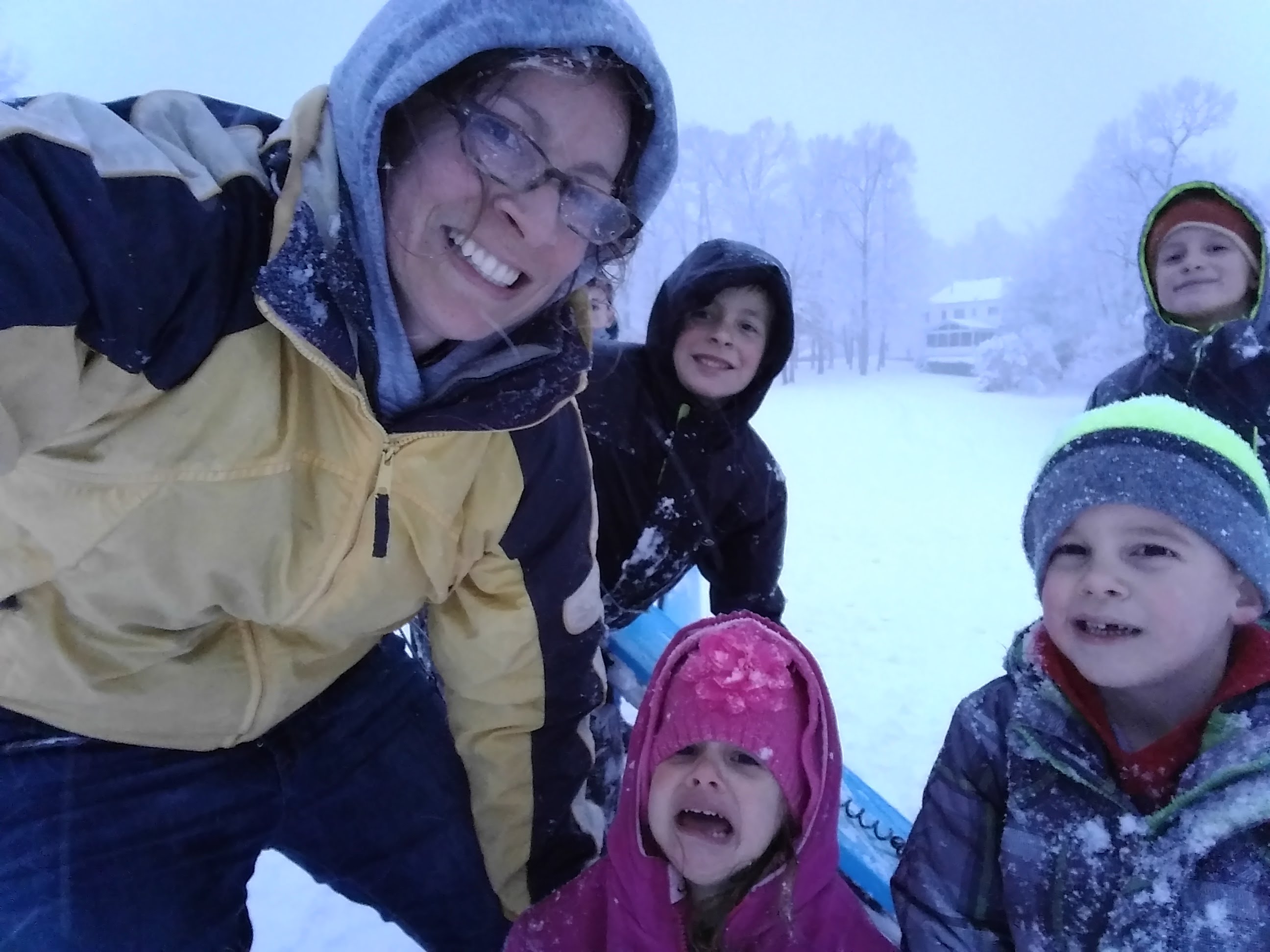 Got one sweet shot before the wheels fell off 🙂 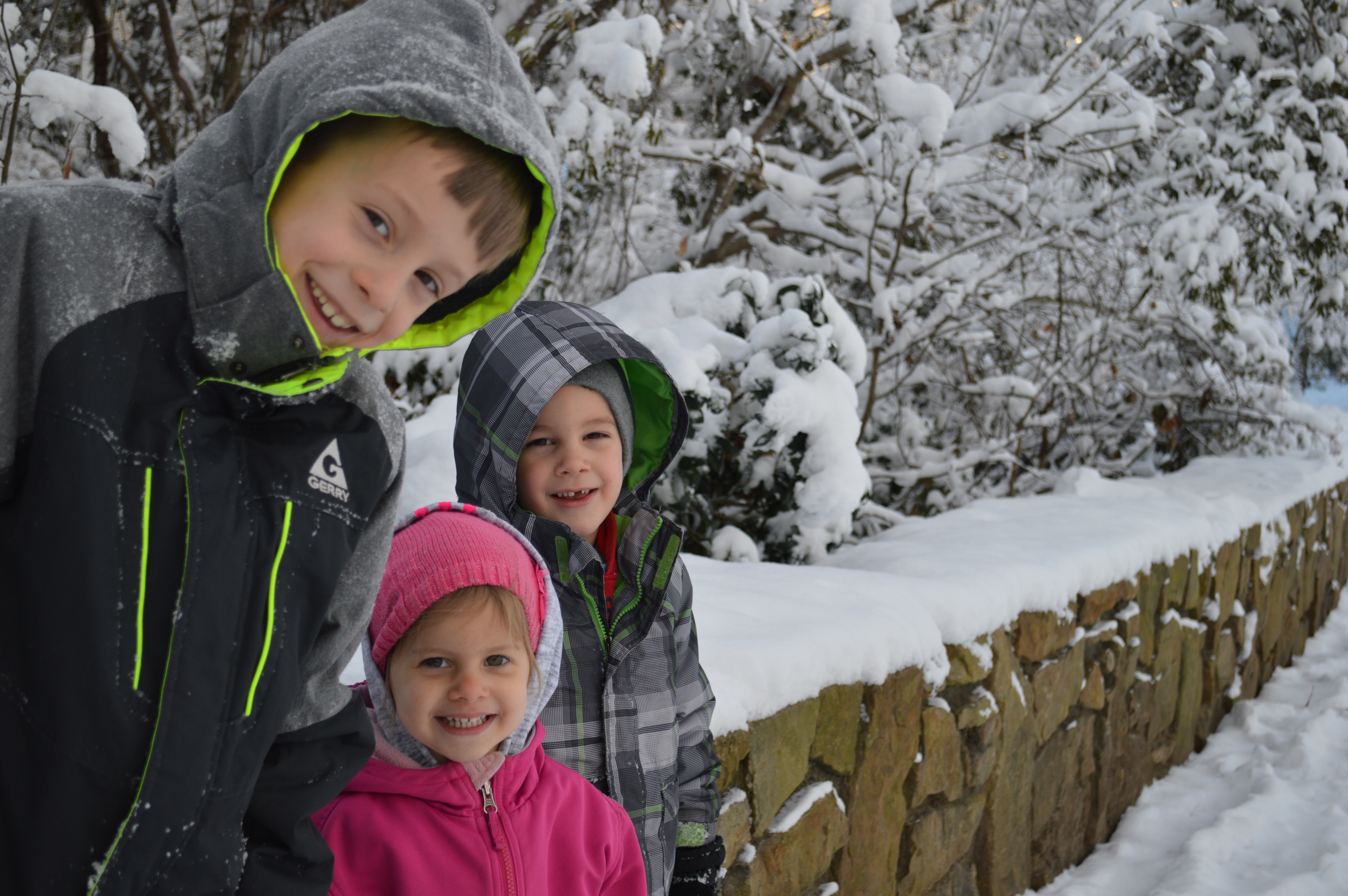 Our family made the conscious decision to not go crazy in the sports arena.  This may change as kids interests/abilities grow over the years, but for now I’m SUPER thankful we’re not scheduled to within an inch of our lives.   We pick different rec sport a year, and sign the kids up to give them exposure to the different sports, teach them the rules of engagement, but don’t set up seasons back to back to back.    This year was basketball, and I’m particularly fond of it’s season!  It started in November when day light savings ends and kids can’t really play outside in the dark, and its getting colder, and it ran through mid-March…. when its starting to warm up and stay lighter longer.  It was the PERFECT option to get the wiggles out during the dark colder months! 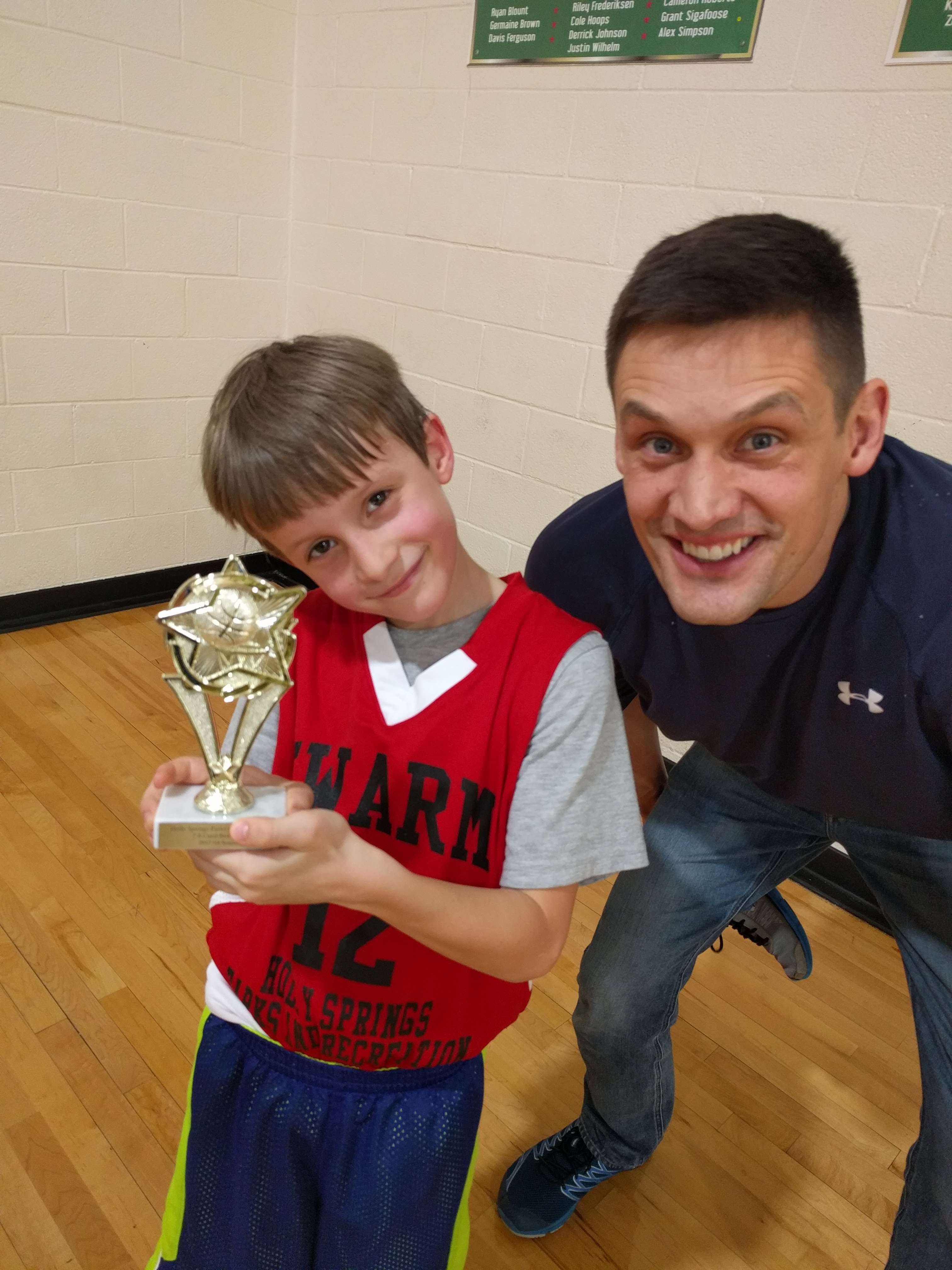 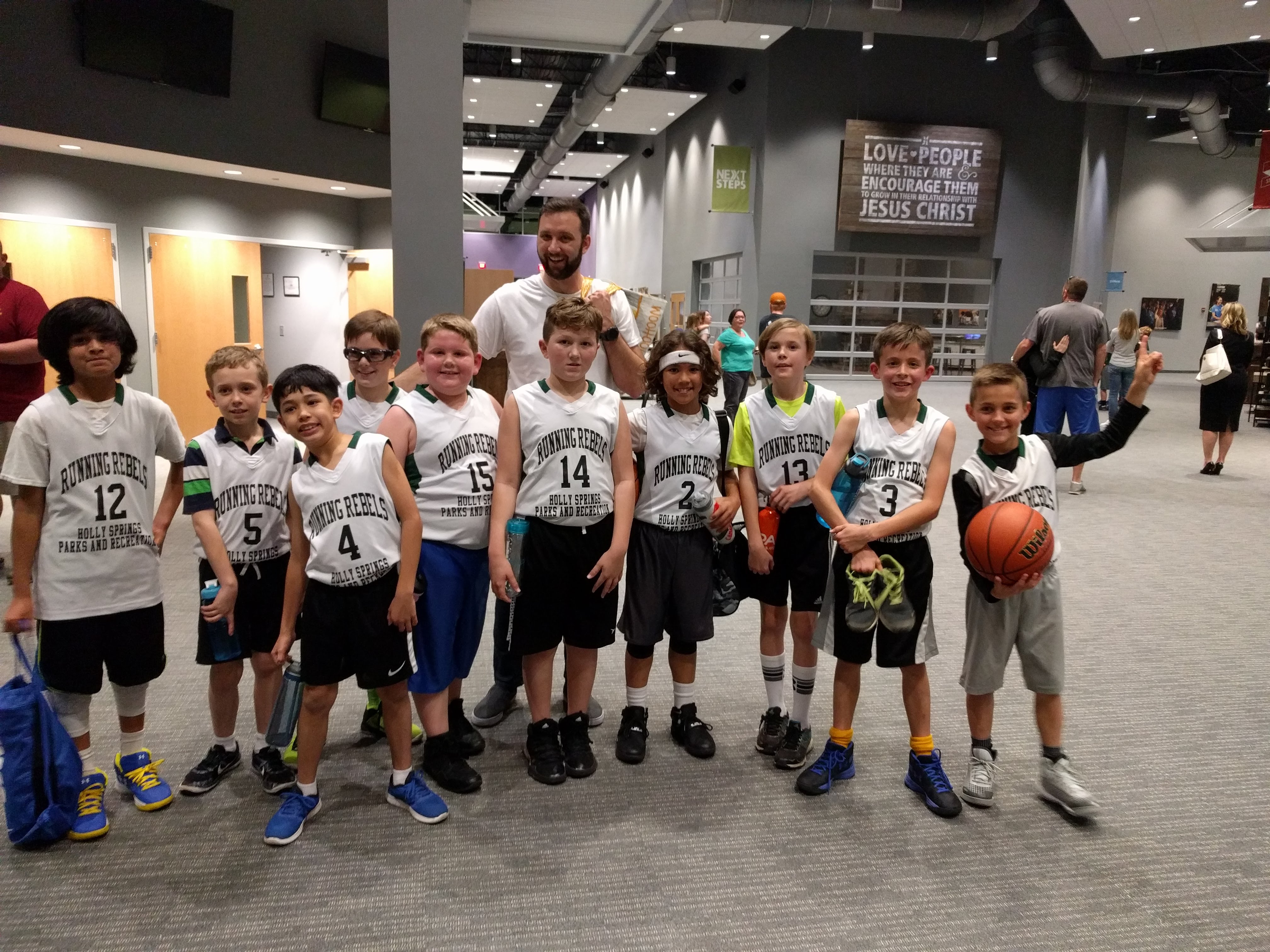 Mid-March brought a visit from Crazy Papi (my dad). 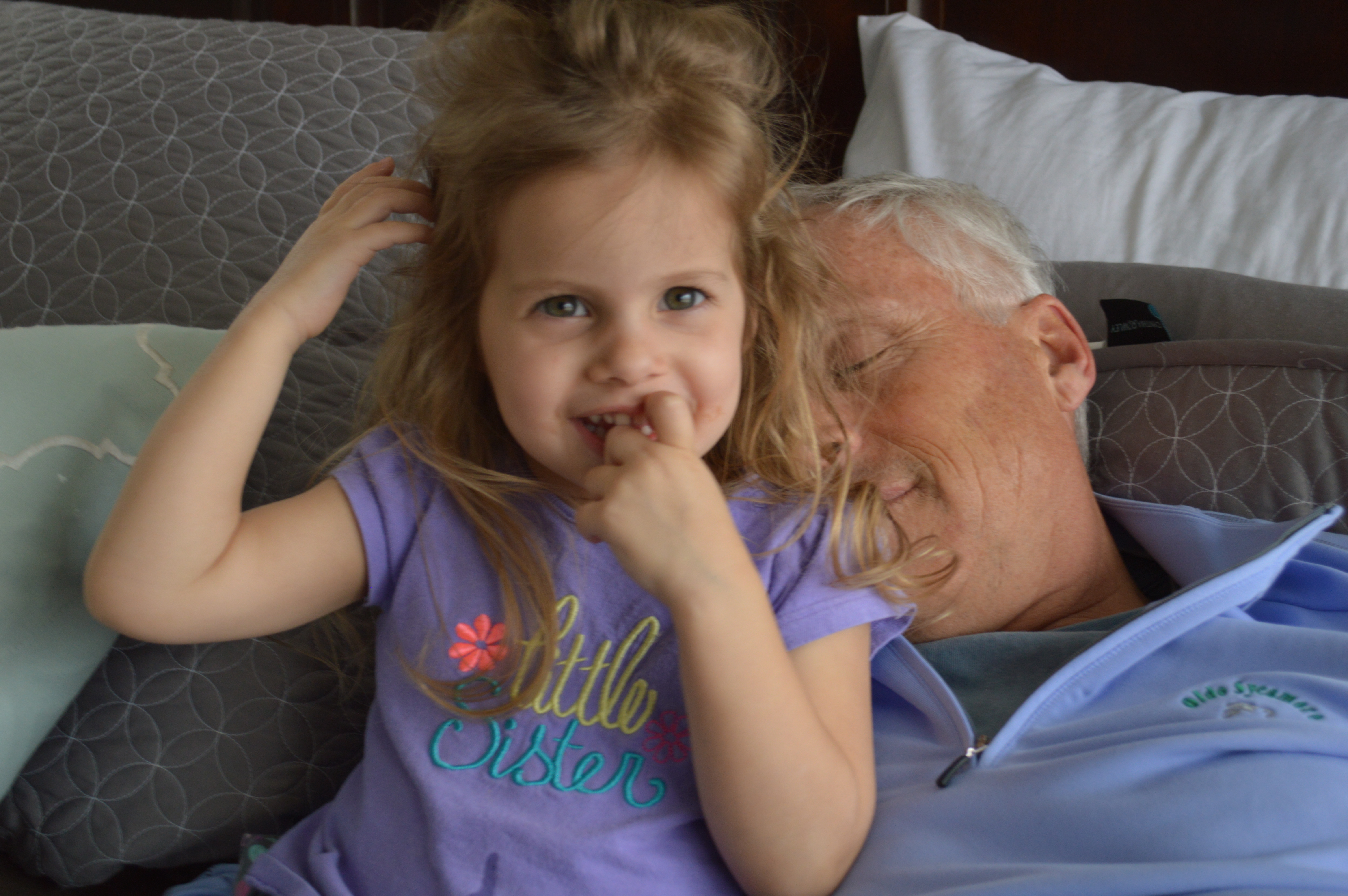 My sister and her crew were coming closer to us, staying in Gaitlinburg, TN for Spring break, so we took advantage of their closer proximity and headed that way.   It was the perfect opportunity to get a chance to see Ashville, NC (which I’d heard SO much about), and it did not disappoint.   Super cute downtown, right at the base of some beautiful mountains.  There was this cool glass blowing shop there, which was completely enthralling for Logan….  He has such a creative flair, and its fun seeing him come alive in spaces where creativity is on display.  It’s always challenging me to get him more involved in different ‘arts’ programs to really see what he can do, and support that love. 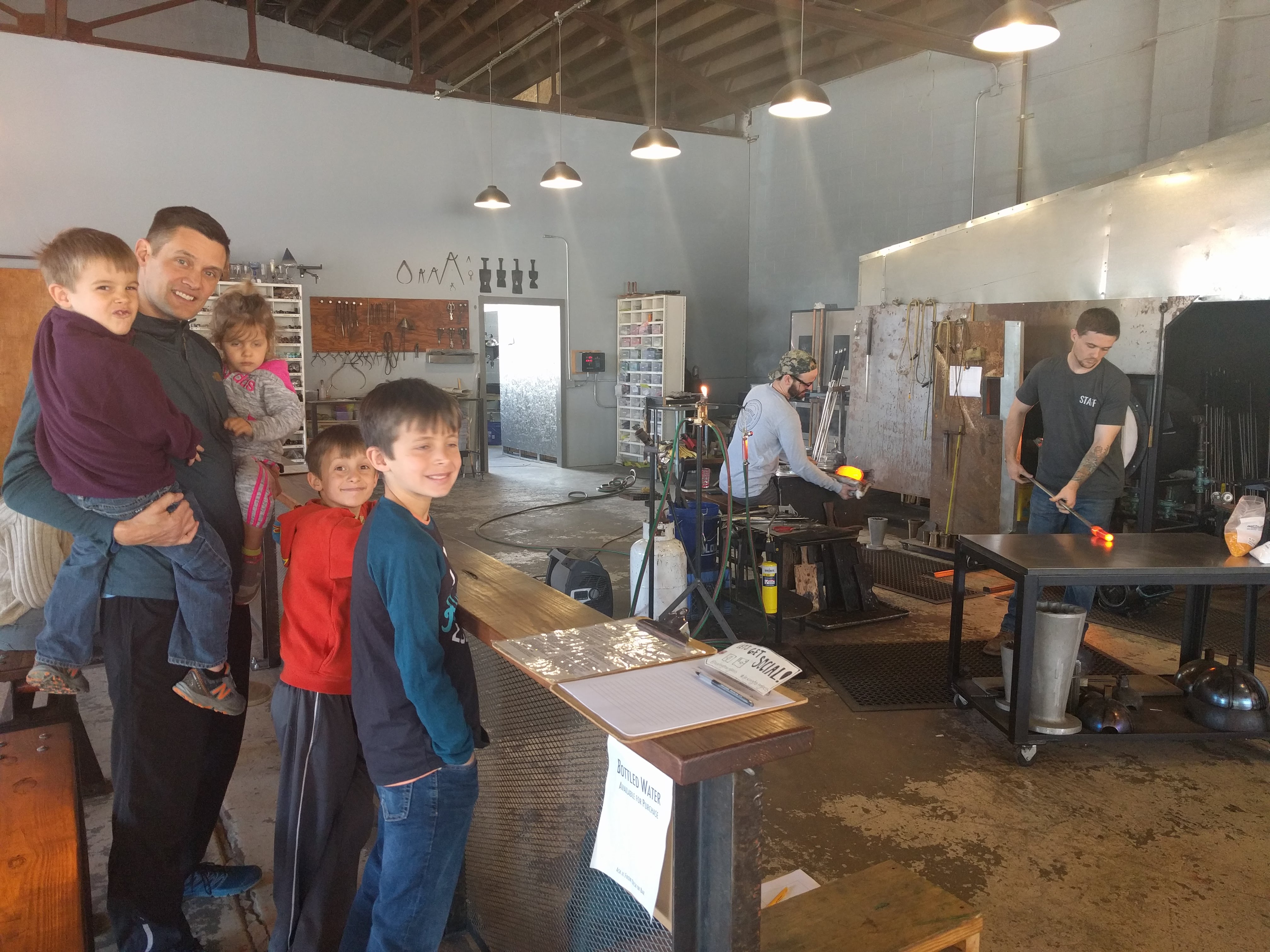 It was such a treat getting 1×1 time with my sister and her family.   Whenever we go home for holidays, it’s so hard to connect with ALL the extended family around, and when we come into town, their still in the midst of their day to day life.   It was nice, both families being out of our individual elements so we could just enjoy spending time with one another. 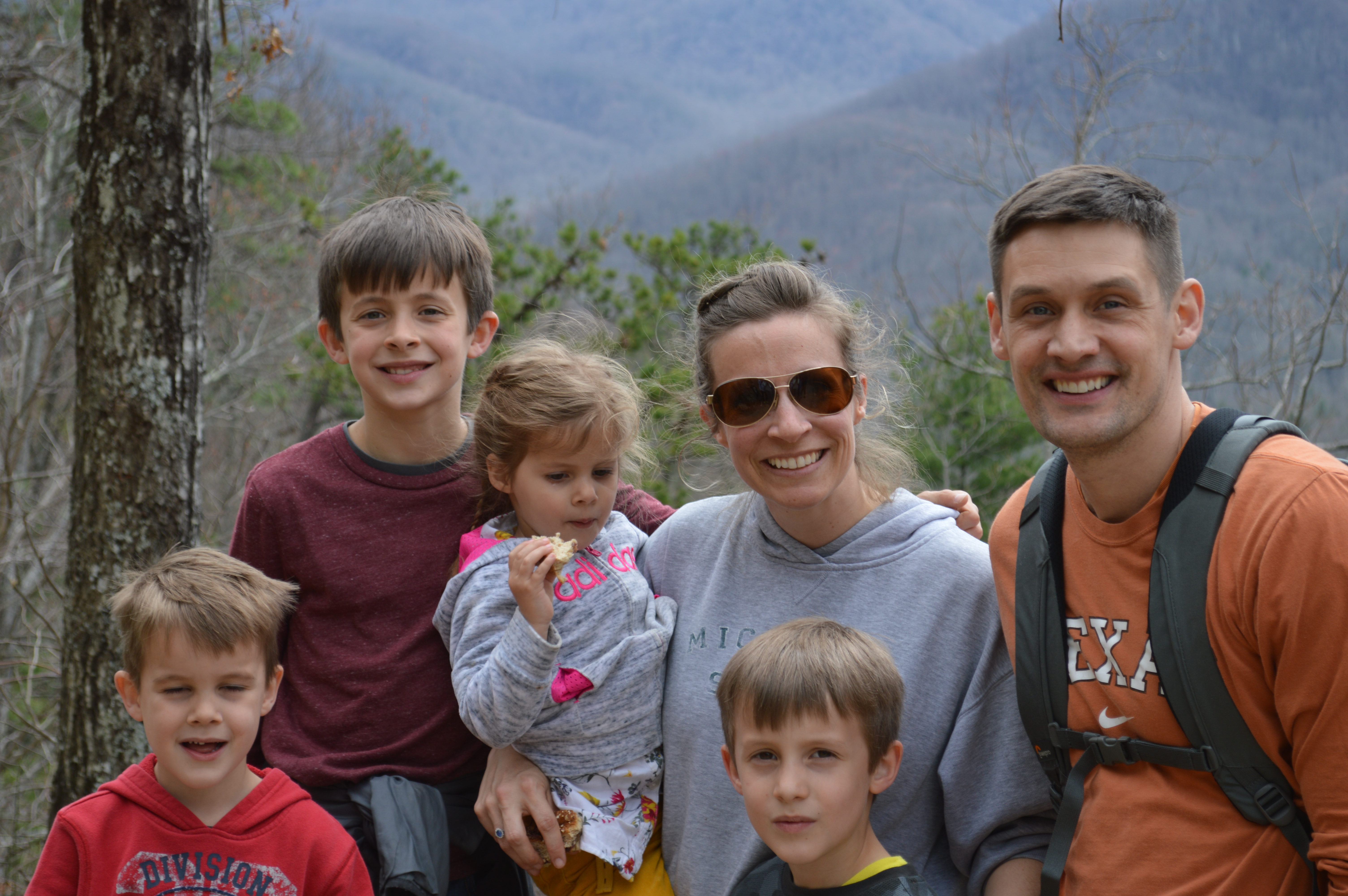 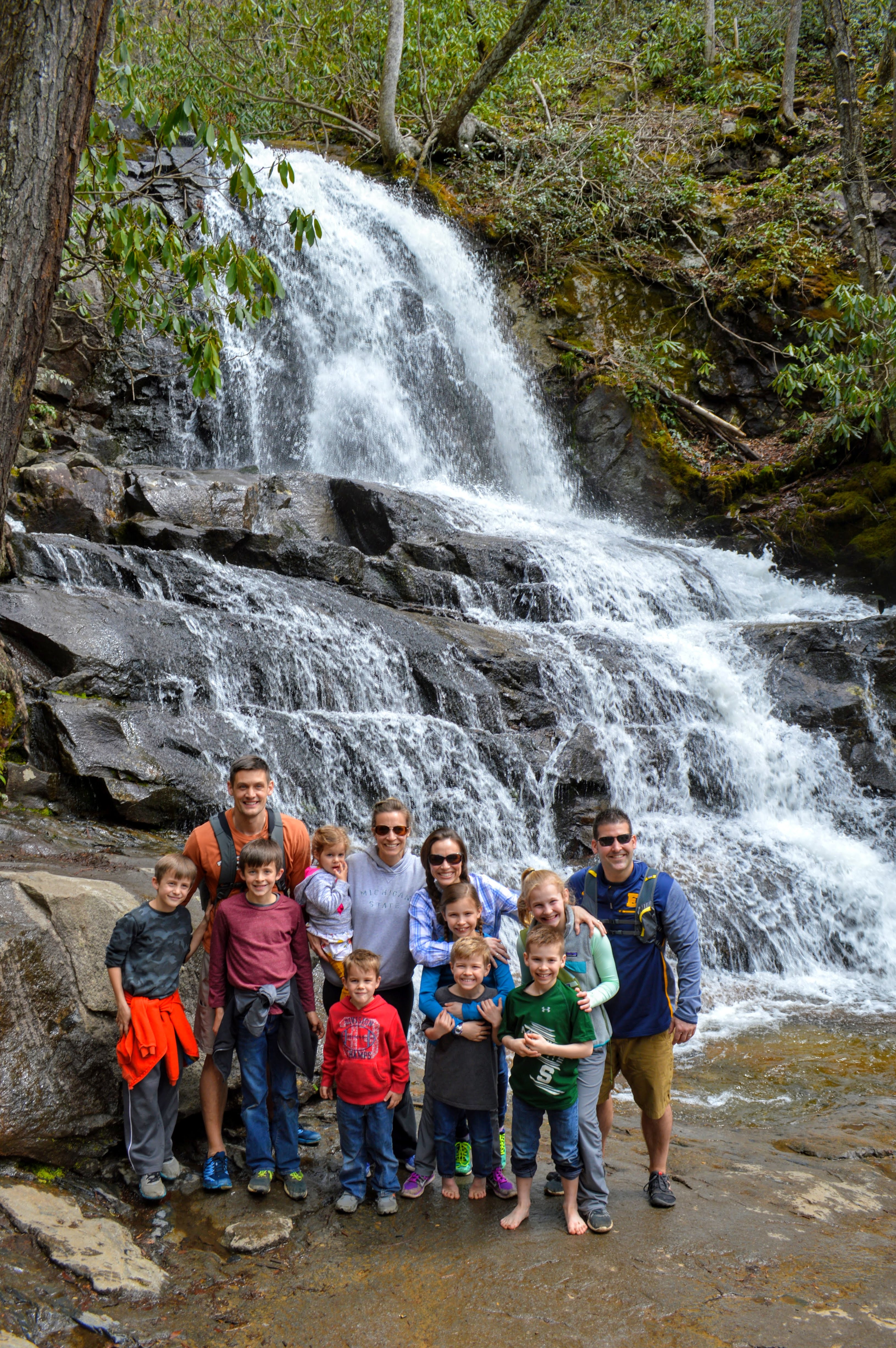 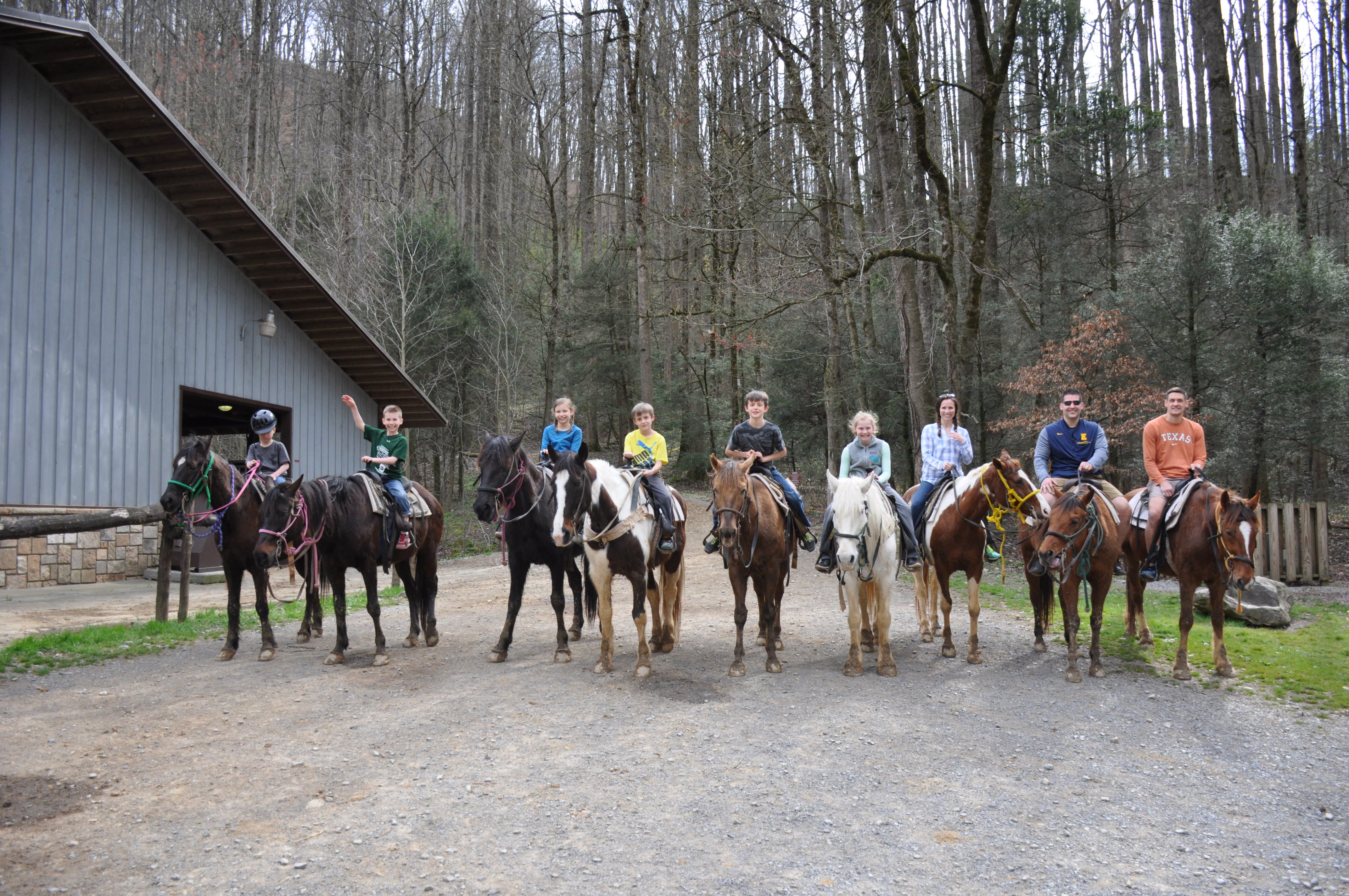 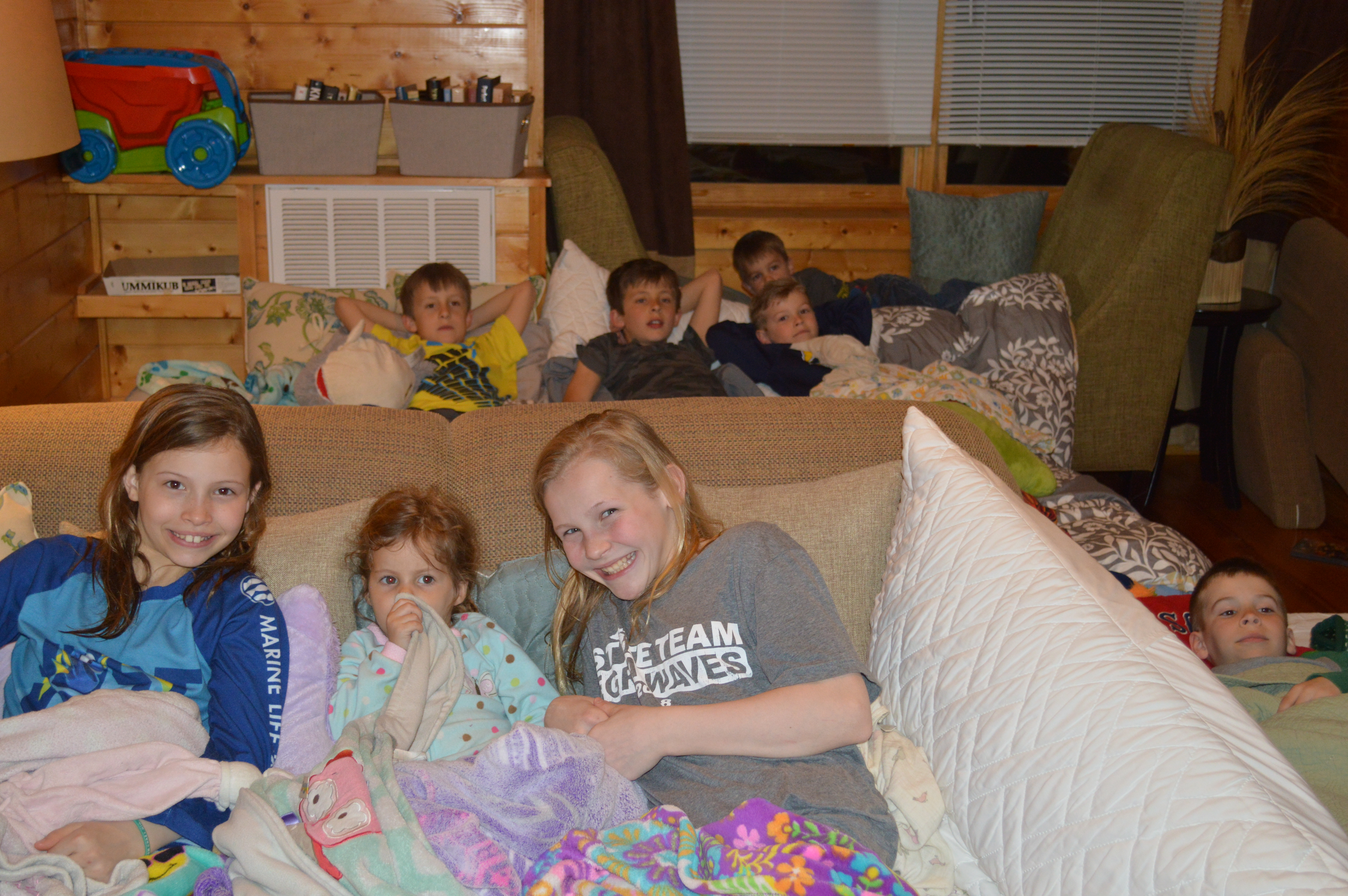 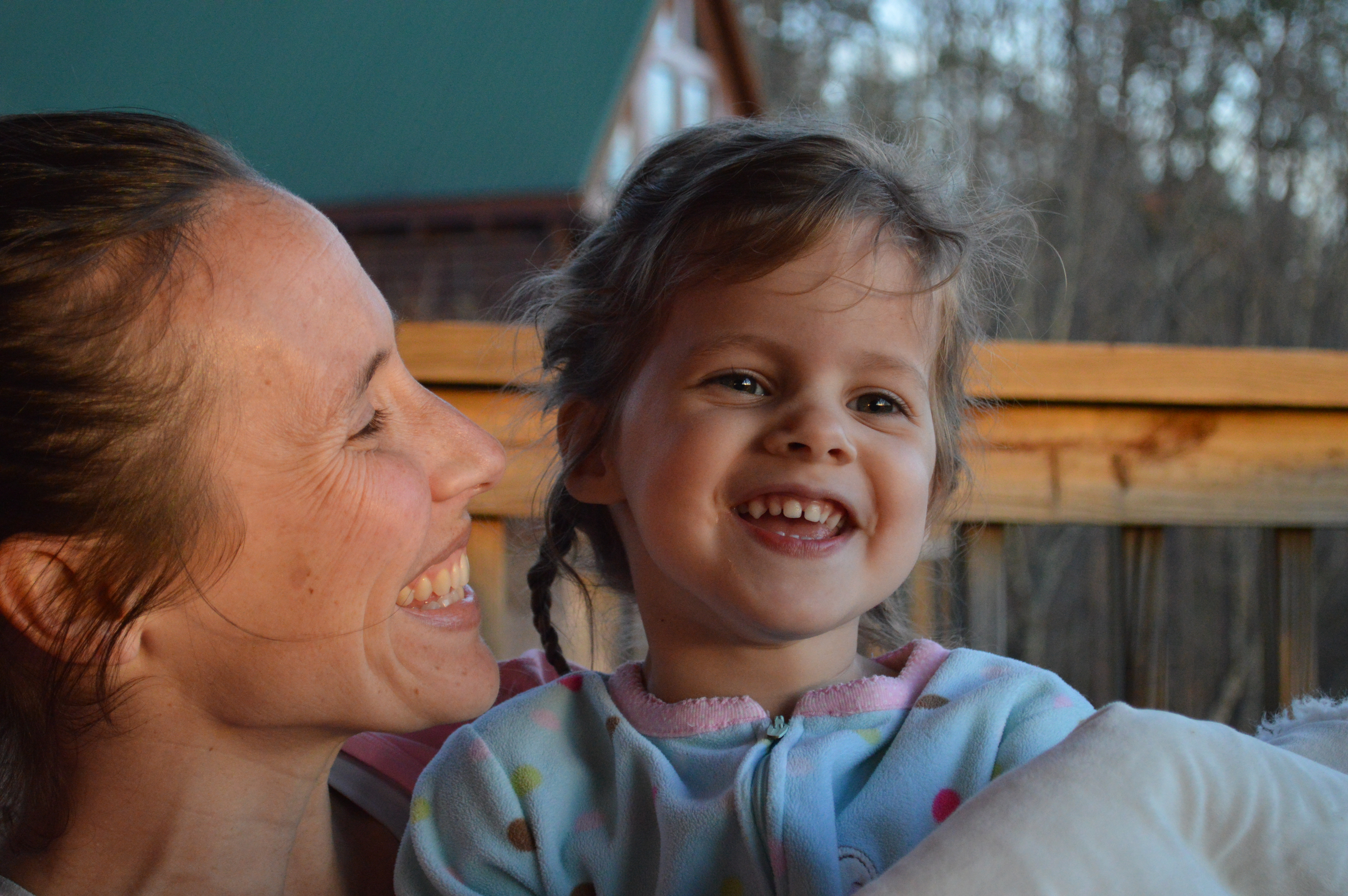 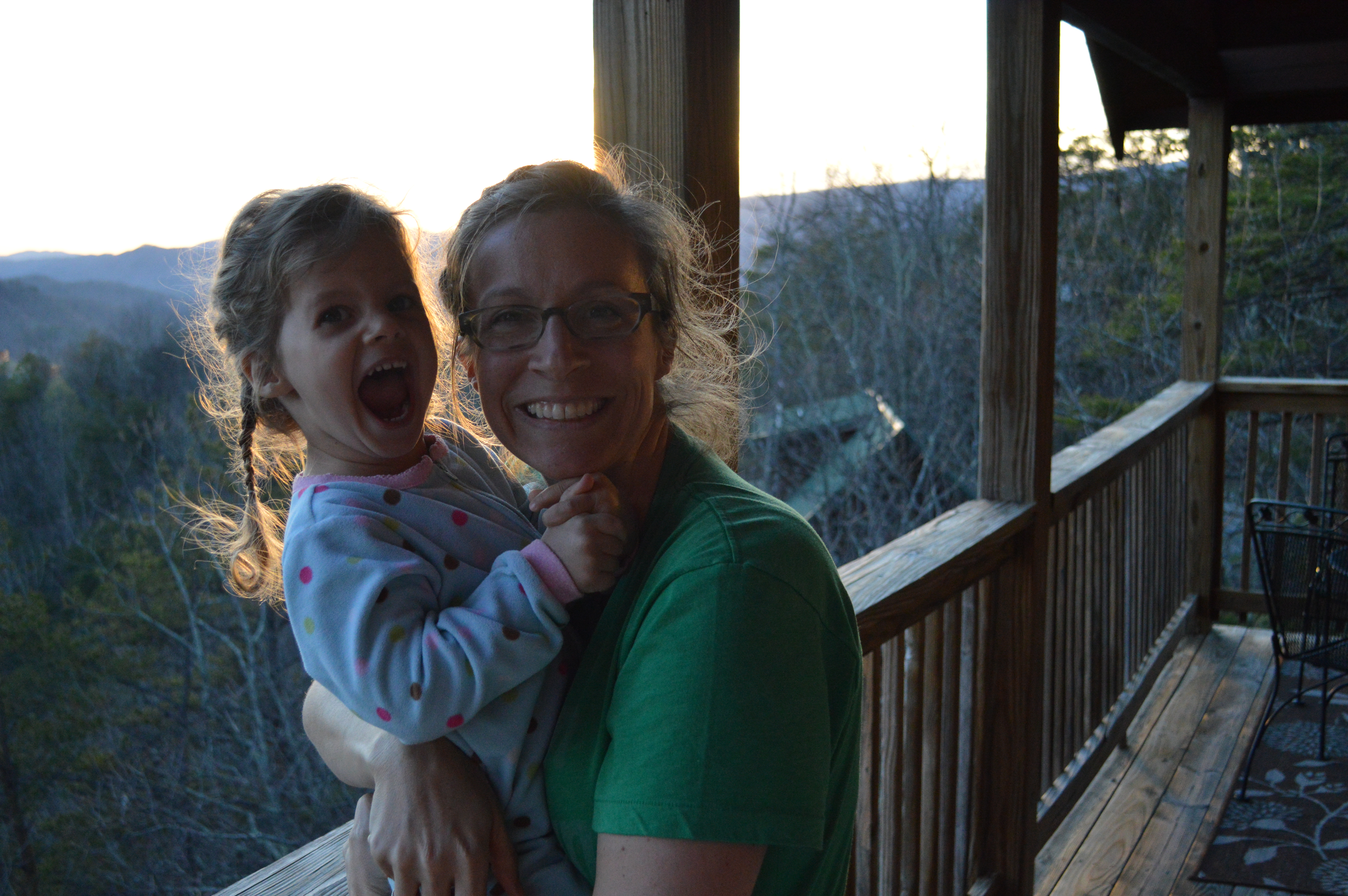 The weekend after that adventure, I went on a woman’s retreat with this new church Kevin and I have been attending.  It was advertised for $89 for Thurs-Sun retreat in Ocean Isle, NC.  I figured for that price, I was signing up for a camp style set-up with sheet lasagna and bagged lettuce, so you can imagine my suprise when we pulled up to this Ocean Front Mansion…. 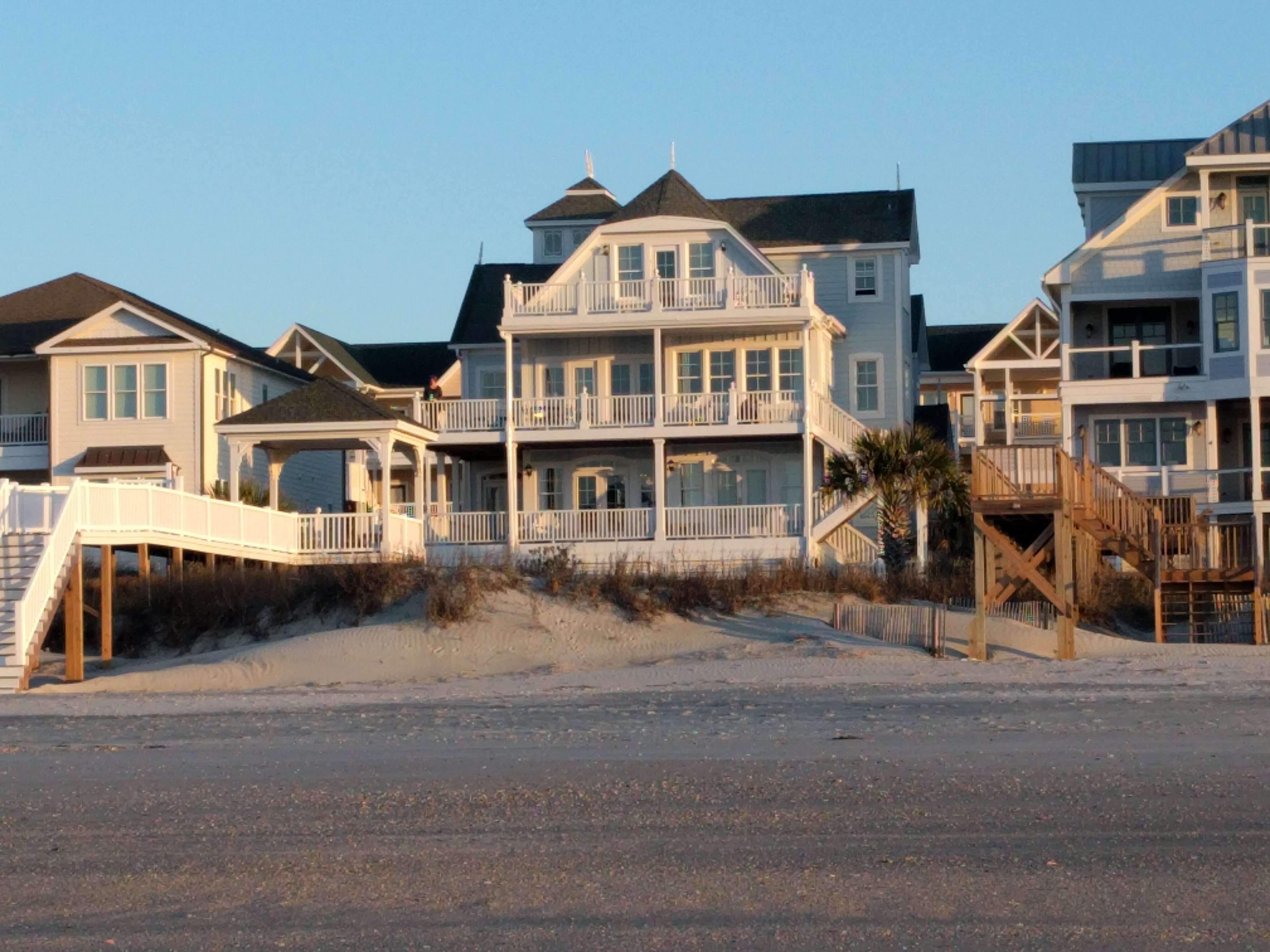 I was already blown away by the accommodations, then was even more pleasantly surprised by the authenticity, depth, and transparency of every single woman there.  It can be a mixed bag at women’s retreats… you never really know what you’re getting yourself into sometimes, especially as an ‘outsider’, having only attended this particular church a handful of times up to the point of the retreat.  The best part about the retreat, was feeling like we’d FINALLY found our home.   Since moving, we’ve been somewhat nomadic with churches, taking our time after the unfortunate demise of our beloved community in DC  (God has provided in incredible ways for basically our entire community up there, taking us all individually onto new adventures…. but still bittersweet after the BEAUTIFUL season we all had up there together).   I enjoyed three days of breathtaking sunrises and being serenaded by beautiful worship music on one of the many decks overlooking the water. 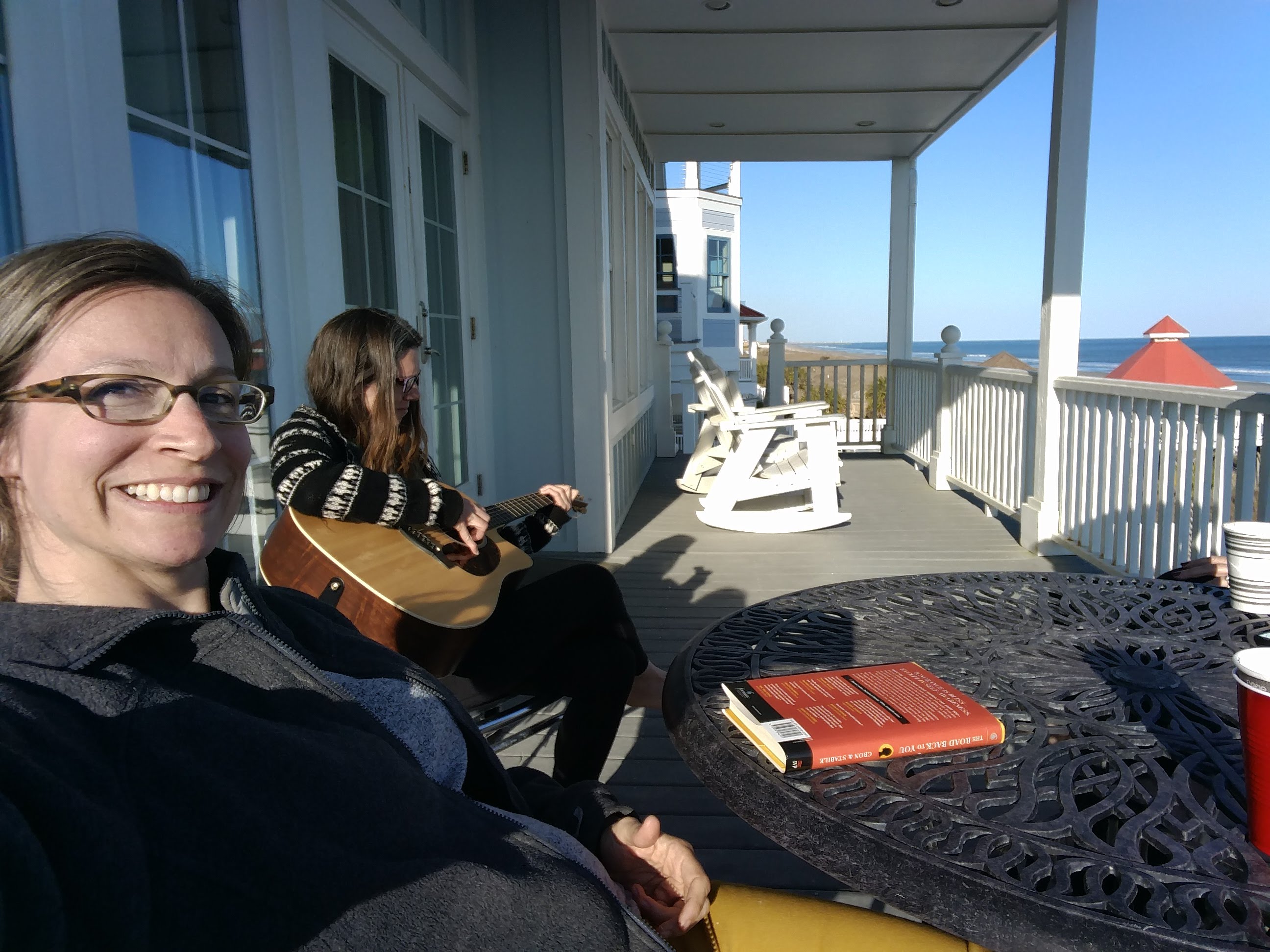 All in all it’s been a great spring, and after celebrating my birthday with friends up in DC I’m gearing up for the onslaught of activity which will be running the birthday gammut for all the kids (May 10th, May 18th, June 2nd)…. coming in rapid succession.    Then the end of school at the start of June, and we’ll be off on our Summer vacation touring the East Coast with a road-trip to DC, NYC, Boston, Maine, and hopefully a stop in PA to visit our friends.   Then back to Michigan for a couple weeks at the beginning of August.

Hope y’all are enjoying the launch of spring!  Love you!!