A few years ago I attended an 80’s themed birthday party for a friend.  We had a blast dancing to old school hits and rocking everything neon with our side ponytails.  My friends mom was able to make the trip up to DC to celebrate, and at some point during the evening I remember asking where her 80’s apparel was.  Her response, “I don’t remember the 80’s.  I wouldn’t even know where to start for their fashion.” 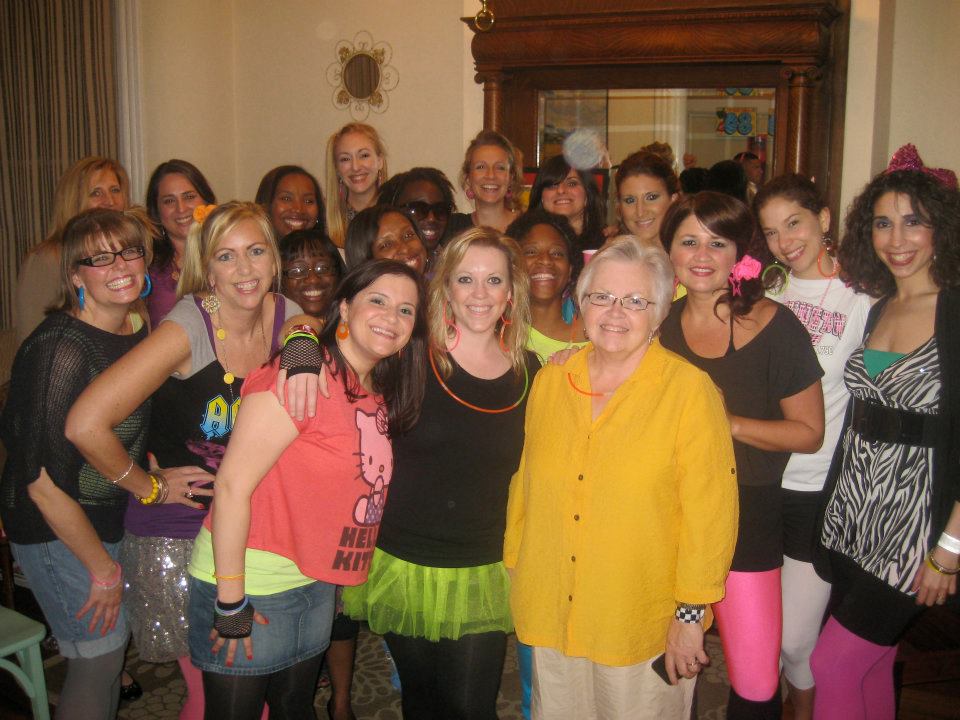 Her response stumped me for a moment because she would have been about my age during the 80’s and I couldn’t imagine a reason why an entire decade would be lost for her.  Then it dawned on me, her four kids fall around my age.  It made sense.  During the 80’s she was elbow deep in toddlers, teething, and tantrums.  THAT was her world for a decade and what was happening around her simply became background noise.

Getting off Facebook has been like taking a sharp left off the information superhighway and finding myself on a one lane dirt road through the country.   The scenery is much nicer, the pace slower, no neon signs or road rage drivers to distract at every turn.  However, I can see now how easily it will be to miss this decade entirely.  I didn’t know about Baltimore until 4-5 days after it occurred.  I didn’t know about the earthquake in Nepal until the death toll was already reporting over 4000 (according to the news its past 7000 now).  From what I gather from friends things are starting to ramp up in the news for the 2016 election, but I couldn’t tell you anything about that either.  Even saying I ‘know’ about them now would be a total misnomer…. I know something happened.  That’s it.

A decade feels like an eternity to ‘lose’.  Its likely why I fought so hard in giving Facebook up in the first place.  I’ve only experienced 3 decades in my life to-date, and each have been so incredibly different, giving one up felt like too much to ask.  Then I realized the trade…. my 4th decade in exchange for my kids 1st.  I get a total of 2 decades with my babes before they’re gone, pursuing their own lives.  Two…. out of what will hopefully be eight or nine decades on this earth, I get the choice on where my eyes fall.  It didn’t feel like such a tough choice anymore.  This is the time in my life I don’t want to miss.  I want each memory so clearly etched into my mind, unfettered by distraction of  the thousands of people that will move in and out of the periphery.

The more I thought about it I realized just how jacked my perception of the trade was, and I finally saw God’s wisdom in the gentle nudging toward this decision for so long.  Something so small to give up has opened my eyes, its written in His truth, to find your life you have to lay it down first.  The laying down never feels fair, at least it hasn’t for me, but every time I do it I’m blown away by how much more I get in exchange.  I had wanted to keep a pulse on the World, because in truth I’d never stopped looking for my place in it…. I’d bought into the lie that wife/mom were significant, but personal fulfillment wouldn’t be found unless I could be those things AND something else.  That something else would always remain at the edge of my grasp/understanding, so I would keep searching.   Finally I heard the whisper…. ‘There is time for that later…. don’t miss THIS’.

I’m at the foundation of building MY future AND theirs.  These first 2 decades of their life will be the backdrop for the rest of my life.  Who they become, their sense of self, where they draw their strength from, what our relationships look like, their security in my relationship with their Dad, will dictate so much of our collective futures.  I can’t afford to miss this.  They have callings to fulfill, just the same as I do. I feel like its my job simply to keep my eyes open and fixed on them so I don’t miss it when those inclinations start to reveal themselves.  As I get their feet directed toward their God given paths, they will find their fulfillment and THAT will release me into my future of cheering each of them along while continuing down my own path.   Its not that I want a ‘release’ from family…. its that where I see so much dependency issues in our world today, either unable to let go of a tainted past, or have the fortitude to pursue your dreams into the future, people remain stuck searching for their ‘something else’, but never finding it.

Choosing to stand still for a while is entirely different than being stuck.  So I’m choosing to stand still for awhile, letting the world blow past me at breakneck speed, with its issues, fashions, causes, politics…. whatever.  No matter what the next two decades brings; whether my desire to set my kids up for successful futures pans out, or this World interrupts those plans as they do for essentially EVERY. SINGLE. PERSON. on the planet.  I will hold this post for as long as I’m supposed to, so I don’t miss this, whatever ‘this’ ends up being.