I thought when I got married I’d never have to navigate the awkward dating process again.  I was wrong.   I’ve read the fun articles about dating your husband, and that’s all fine and dandy, but let’s be honest it’s not really ‘dating’.   When I go out with my husband, I’m totally comfortable, I feel secure.  I don’t psychoanalyze every comment made to see if there’s an underlying meaning with him.  We don’t part ways wondering if the other enjoyed their time as much as we did, and when or if we’ll hear from them next.

So why do I feel like that when it comes to women!?!

Being a people person, I tend to immediately think everyone could (and probably should) be my best friend.   I see how fun they are, how cool and effortlessly they seem to carry themselves, and I’m immediately jealous and figure by being close in proximity, I too can pick up this effortless way of life.   Which then puts all this unnecessary pressure on me to be cool so they’ll like me, and whenever there is even an iota of pressure on me to ‘try’ and be cool, I inevitably WAY over compensate and look the exact OPPOSITE of totally cool. 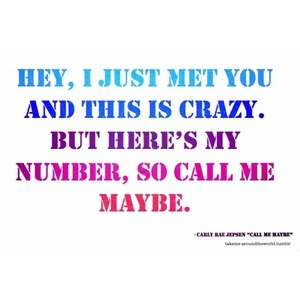 Imagine this if you will, and tell me this doesn’t sound like dating.    I meet a new potential best friend (because EVERYONE is new potential best friends), there is an easy camaraderie, we have some things in common, and I leave thinking how fun, insightful, inspiring, (whatever attributes it was I might have been looking for, this person has it in spades), believe we are SO meant to be friends.  Then the psychosis kicks in.  Should I call or text?  Should I wait to see if they do?  I want them to know I had fun, that I’d love to do it again, but then do I sound desperate like I’ll be devastated if we don’t?   So, OBVIOUSLY since I’m clearly so easy peasy and at peace with life already, I send the text, and then try not to check my phone every so often to see if they texted back, and do my level best to not read into why they maybe didn’t.

If you weren’t already concerned about my sanity, and wondering if I’m like ‘single white female’ crazy, don’t worry I’m not…. I’m married white female crazy.  Since I’m already totally mortified at having admitted to the first paragraph, I’ll just rip the whole band-aid off…. Cause it gets worse.

Facebook is the devil, but we already knew that.

I see the posts pop up, of my potential best friend, clearly having the time of their life with other mutual friends. It dawns on me, CRAP, they already HAVE a person, which only makes sense because of how cool they are.  So I cringe for a minute wondering what attributes these other people had that qualified them for ‘person’ status, make a mental note to acquire those things, and move on.

We all know the difference I’m talking about here right?   I’m not talking about the many friends you get together and have fun with whenever, I’m talking about that inner circle…. The few girlfriends you can say all the wrong things too, so you continue saying all the right things to everyone else.  The person, that can filter the wrong things because they already KNOW you, and know you know the right things, but sometimes just need to say the wrong things out loud to remind yourself why they’re wrong.  They don’t judge, or fix, they listen and say exactly the right thing at the right time, because that’s why they’re your person after all.  To get to that point with someone though, requires spending a fair amount of time with them.  Enter the complication that now as adults we have approximately 5 minutes a day to accomplish this, and you end up in this weird girl dating vortex I’ve found myself in.   Its like, ‘so hey, um…. I kinda think you’re like one of the one’s…. do you think that to, cause if you don’t, than yeah, me neither, I’ve got lots of other ones, I just thought I’d check?’

It’s the myth of married life… that your husband is ‘the one’.   He IS for all intents and purposes, other than girl heart to hearts….  You just can’t insert a guy into that role and expect him to perform…. Primarily because girl heart to hearts can talk about the same issue for 5+hrs, over the course of days, maybe weeks, before we feel we’ve sufficiently conquered the subject.  I can talk about that same thing with the hubs for about 5 minutes, and then we’re done.  If I try to bring it up again, I get that slow response and deep breath, which translates to…. Didn’t we already cover this?  Because he loves me, he TRIES to hang with it as long as he can, but I can see it confuses him to no end why I’m STILL talking in a circle about the same thing, and out of my love for him, I’ve got to cut him loose.   It’s one of the primary factors to our ‘happily ever after’.  I’ve determined is likely one of the unspoken truths in the Old Testament for having multiple wives…. Sure the whole populating the Earth is a big job, but let’s be honest, if the ladies didn’t have girlfriends to process life with; the human race might not have lasted as long as it has.

So there ya’ have it…. If you’ve ever struggled with the thought that you’re the weird, crazy one out of your group of friends, just come hang out with me for a little while, you’ll be immediately cool and sane by comparison.  Also, if awkward is that endearing trait you hope for your friends to have in spade, I would be your person.