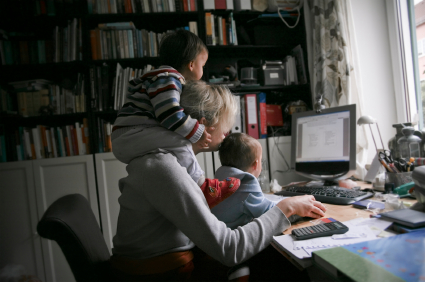 My kids are going to think I’m a drug dealer.  I realize this, because its exactly what I thought MY Dad was growing up.  He ‘said’ he worked for a chip company, he even went so far as to have letter head and free bags of chips around the house to uphold his cover, but he worked out of the house.   My childhood brain didn’t have the capacity to understand how you could never leave the house, and still make money, so the natural deduction was obviously a drug dealer.   It did make for some very colorful stories when friends would ask what he did.

“Well, he says, he sells chips…. but from what I can tell he goes golfing a lot, drives a nice car, and hangs out in our basement… I think its a front for something, but I can’t figure out what.”

My kids are gonna be so disappointed when they realize I’m not moonlighting as some top secret, undercover, operative.  I move product…. just not the kind their imaginations could dream up.

I’ve got a sweet gig, and I’m super thankful for it, there is just one significant detractor…. China.  For those of you that have ever wonder what it is exactly I do…. I go round and round and ROUND with the Chinese day after day after DAY.  There are language barriers, cultural barriers, gender barriers, time zone barriers, any barrier you could imagine, its there.   We try to schedule conference calls sparingly, because someone is always having to call-in at 9-10pm to catch the other person during their day.  Its a comedy of errors EVERY. SINGLE. TIME.   Watch THIS, a hysterical roll play of what happens behind the scenes of a conference call, and then imagine only being able to understand every 5th word.  My brain practically has an aneurysm every time we’re on the phone.  “What.”  “Can you repeat that.”  “I’m sorry, I didn’t understand you.”….. 10 years I’ve been doing this, you think it would get easier to understand.

Our I.M’s and emails are not significantly better.  We overcome the language barrier and the communications are clear…. or so I think, until I get three emails asking the same question…. Sometimes within the same 12hr span that I am sleeping and they are awake?!?   I kid you not.   On more than one occasion I’ve sat down in the morning, and at 9pm a buyer sent me a note, they sent a follow-up at 12am, and then at 3am they looped in their boss as an escalation asking why I hadn’t responded yet!  Those are always fun to respond to….  ‘I’m sorry I didn’t get a chance to respond, I WAS SLEEPING’.     Fun times.

Yes, kids….  Mom isn’t a drug dealer….. though if she’s expected to be on another decade of these conference calls, she may have to find one.