Growing up Catholic I went to church EVERY. SINGLE. SUNDAY. unless I was on my death bed with some communicable illness.  This meant I would be picked up early from Saturday night sleepovers, or forbid to attend them altogether, and if we were travelling we were sure to look up the schedule for Mass while on the road to make sure we never missed a Sunday.  This translates to roughly 936 Sunday’s over the course of my 18 years at home.

In the Catholic church, around 8 or 9 years old, you go through one of the sacred sacraments….. Your First Communion.  As a girl its the freaking bomb.com because you basically get to dress-up in a wedding dress for 8 year olds and be the center of attention for the whole day, parties are thrown in your honor….. At least that’s what I thought at 8.  I’m fairly certain as an adult now, I was somehow supposed to understand Jesus was the center of attention that day, and we were celebrating maybe a marriage to Him???  I honestly don’t know.  I was just stoked I got to look like a princess.  As far as I was concerned it was my right of passage into being a big girl, cause I didn’t have to sit in the pew anymore when people walked up and took communion, and I didn’t think to ask anymore questions about it.

It wasn’t until going through the NEXT sacrament, Confirmation, in the 9th grade that I gave it another thought.  While going through the classes necessary for confirmation (booooooring for a 9th grader), they explained that WE Catholics believe in this thing called Transubstantiation.  Eyes glazed…big word…I started zoning out, all like whatever I’m here, and no one else is listening either, until I heard them start to explain it.  Apparently by the simple fact of being born into a Catholic family, and following the steps the church said I was to follow, I too embraced the belief that during communion that little bread like wafer and disgusting wine (that I stopped drinking once the rebellion of drinking wine as a child wore off) ACTUALLY BECAME the Flesh and Blood of Jesus?!?  What the what?!?  I was NOT on board with that.  Call it an act of symbolism, the perpetuation of tradition, fine… I had no qualms with a wafer and wine in remembrance of Jesus, but I drew the line at jumping on the bandwagon that it actually WAS Jesus.  Although being a TOTAL conformist, non-confrontational, 9th grader…. I followed the social queue’s of the rest of the class, and picked my saint name as Mary Magdalene, (Of course, right 🙂 and was Confirmed in my faith along with the rest of them.

So from 8-18, about 500 times, I listened week after week about a broken body, and blood poured out for us, and took part in Communion in remembrance of Him.  Then I was done.  I never understood all the church functions/beliefs/etc.., I never challenged it, I too had seen plenty of hypocrisy within its walls, so I was done.

A LOT….LOT… LOT  happened, and eventually I came back via the Non-Denom route.  Since then I’ve read, heard, and talked to more people than I can count with some semblance of a similar story.  Church hurt them.  They had a horrible encounter with a ‘Christian’.  The concepts were too out there to understand, and they weren’t super interested in trying.  They saw all the hypocrisy, preaching about love while drawing hard and fast lines about who could and could not receive that love based on their life style and choices.   So they left too… or wouldn’t entertain the idea of listening, learning, believing, because they’d heard it all before.

I read one such blog yesterday.  Born and raised by a Catholic mom and Atheist Dad…. Experienced insanely hurtful words at the hand of ‘believers’, and was more or less over trying to make sense of the non-sensical.  A part of me wanted to comment, but our culture has engineered this paradigm where in doing so I play directly into the cliche of the Christian image that left a bad taste in their mouth in the first place.    I don’t know this individual, I haven’t earned any right to speak into her life.  No matter the love I attempted to lace through my words, I was all but certain all that would be heard if I commented was another voice telling her ‘you are wrong’, and I knew that was the LAST thing needed….. But it remained on my mind all day.

While laying in bed last night…. STILL thinking about her words.  The thought ‘broken and poured out’ came into my head.  I knew I’d heard that same chain of words spoken someplace SO MANY TIMES in my life, and eventually it clicked with communion.  His Body… Broken.  His Blood…. Poured out.

I had been taught SO. MANY. TIMES. that the Church is His Body, but for whatever reason, never before had I made the connection that the final chapter of Jesus life illustrates a broken body, poured out.   It just made SO. MUCH. SENSE. in that moment.   OF COURSE the body is broken, so why did I (and so many other people) expect it to be perfect and whole…. the salve for every wound?   The Church IS Broken…. but it does pour out as best as broken people can…. and the whole idea of communion, it just all started fitting together like puzzle pieces in my head last night.  The double entendre of that word, communion.  Sure its a symbolic representation of the last supper (and that STILL as far as I’ll take it), but according to Webster its also ‘the sharing or exchanging of intimate thoughts and feelings with another’.     The final part of that Last Supper dialogue, the last words spoken before Catholics would take part in communion, was “Do this in remembrance of me”. 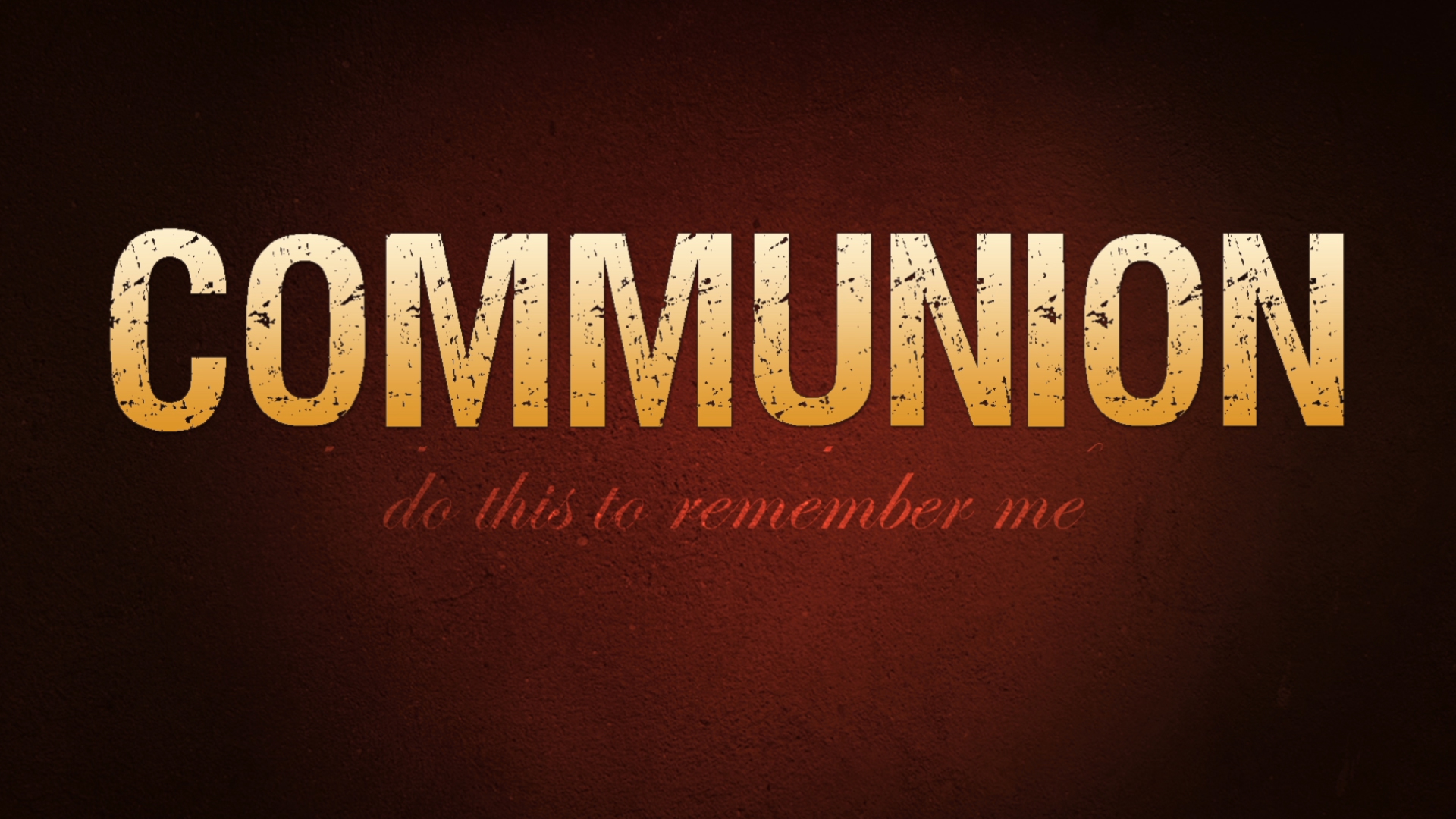 It was the kicker for me…. for this MASSIVE group of people that decided…. ya’ know what I can do this whole community thing WITHOUT the church/communion part of it.  I can be a good morale person, help the helpless, pour out my life in service if I want to in the name of humanity.   “Do this in remembrance of ME”…. not in remembrance of humanity.   We’re wired to crave a connection to something more, something no one person, or community can seem to provide.  Some people spend their entire life trying to figure out what that pull toward connection means, or may refuse to acknowledge it, satiating themselves by creating their own happiness in life.   I think the pull toward being the cliche Christian, the person that just wants to shout their story from the rooftops, is they can’t and don’t want to imagine another day or week for someone faking that happiness/joy…. putting on a great face for the World, while dying inside from something they can’t quite put their finger on.   So they inject themselves into conversations maybe they weren’t supposed to be a part of, and assert their beliefs over actually LISTENING, and things get ugly.   I wish I knew how to fix that part…. how to remove the collective Christian foot from its mouth, but I don’t.   What I’ve learned… what I love… is that we can BE broken, Still pour out, and do it in remembrance of Him… and that is enough.  He is faithful, and well able, to do the rest.  The World is not ours to save, it’s His.  As we take part in communion with another, sharing intimate thoughts and feelings, and do so in remembrance of Him, He can take it from there.  It’s gorgeous and perfect really…. I love it… Quite possibly my favorite understanding of communion EVER 🙂