I was not considered graceful as a child…. or really at any point in my life.   My nickname growing up was Boomer, because I fell or ran into things all the time.   They said it so often, in an attempt to distract me from crying, it stuck as a nickname.   Things haven’t changed much as an adult.  In college, while trying to turn in a test, in a 500 person lecture hall, I tripped and fell about a third of the way down the steps…. WHILE everyone else was still testing.  That was fun.  On a business trip once, with my boss, we were running in a crowded subway in Boston to catch the train. In stride, my toe hooked in the heel of my opposite pant leg and I full on LAID. MYSELF. OUT. on the train platform.   Nothing quite like dusting yourself off in business casual and heels…. super graceful.

When I think of the term graceful, I conjure up the same image as most, a ballerina gliding across a stage making every move look so effortless and fluid. (Seriously…. Google Graceful…. it is ALL ballerinas).  I think of someone poised, able to handle anything without breaking stride or a sweat.  Inherently we KNOW the ridiculous commitment, strength, endurance, and self-discipline it takes to make the moves a ballerina executes look like they do, but when we watch from the audience its easy to convince ourselves they were born like that. 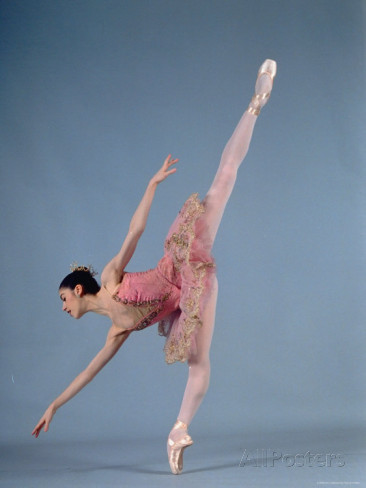 To some degree they might be born with a slightly different pedigree that has predisposed them to the success their hard work will afford them, but that does not minimize the effort they’ve put in.  If ya’ think about it we’re ALL born with a different pedigree.  A combination of nature AND nurture, both of which (in my opinion) are governed by divine influence to ultimately turn us into the adults we become.  I’ll never fall into the camp that says you CAN’T do something because of the cards you’ve been dealt…. Some things might just come easier than others.  For example, I COULD be a brain surgeon if I WANTED…. but good Lord would I have to push myself because science bores me to tears.

Grace, as something other than a physical manifestation, was always a harder concept for me to imagine, until this current season in my life.  Similar to the concept of communion, my Catholic upbringing indoctrinated me to the phrase ‘full of Grace’, as a part of saying the rosary.  Catholics are ROCK STARS at route rehearsed prayers.  They even created a necklace to help us keep track of how many times we’d have to say the same prayer. 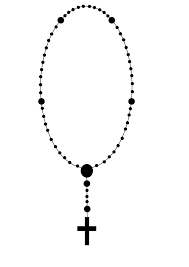 Little beads are for the “Hail Mary” (Hail Mary, full of grace, the Lord is with thee, blessed art thou among women, and blessed is the fruit of your womb.  Holy Mary, mother of God, pray for us sinners now and at the hour of our death, Amen.) Big beads were the “Lords Prayer”.  Rinse and repeat 5-6 times, add a few other prayers to the process and you were done.  I cannot tell you how many times growing up we said the rosary…. felt like a gazillion.

The thing about repetition, it can desensitize you to picking up subtle nuances that are RIGHT in front of your face.  Yes, Mary was ‘full of grace’, but I never connected where that grace came from, the very next phrase, ‘the Lord is with thee’.   For whatever reason I always just took that phrase in the most literal sense… YES the Lord was with thee… in THEE BELLY!  The Catholic church does a pretty fantastic job convincing you Mary is entirely other, basically super natural in her own right.  I never imagined her as a normal woman facing an extraordinary situation.

It wasn’t until walking out this past year, losing our childcare, learning we’re expecting a 4th, continuing to work full time, and feeling very acutely God calling us to continue Home Schooling… that I got a MUCH better appreciation for Grace.

People ask often, ‘so how is it all working out?’, to which I truthfully respond ‘by the grace of God’…. but that never seems to appease them, like I’m hiding some sort of formula to keep this all to myself.  If they don’t ask outright, they make a statement in passing like, ‘I just don’t know how you do it.’   I get all panicky with that statement, because I feel like I need to grab them and shake them and say “I’M NOT…. This is so clearly NOT me, that I barely even recognize who this is.  PLEASE don’t give me credit for this insane production actually working out…. I can’t handle that pressure!”  It’s given me a much better appreciation for Mary’s struggle when attempting to answer, ‘so tell us again… HOW did you get pregnant???’

So for all the clumsy ‘boomers’ out there, that felt like you’ve been tripping through life one day at a time, there is hope!  It might not look like what you wanted, or maybe even hoped for.  God’s been working on me to let go of the miracles I WANT, so I can embrace the miracles I have.  I wanted to display grace in how well I could navigate super stardom, world travel, and being ridiculously wealthy…. Who doesn’t?   However, when I finally trusted Him enough to step out into what He was calling me to, despite plenty of raised eyebrows from myself, friends, and family, I finally get to experience what it feels like to be ‘full of grace’…. because the Lord is with me in this.  (You should also know: At the FIRST indication His grace is lifting from this area, your head might spin with how fast I find a suitable option for whatever contingent of my children it’s lifted for).

At the end of the day…. graceful and full of grace are essentially the same thing.  There is the appearance of fluid movements, that seem to occur with ease and grace.  Yet we can’t forget they’re accomplished only through the Lord’s will, hard work, discipline, and endurance.  When you combine His grace and our obedience, the supernatural can happen!  I see it displayed in so many lives around me!  A friend raising a very special ‘special needs’ daughter and son, while keeping her sense of humor, marriage, and family in tact… She makes it work because the Lord is with her.  Friends that display an incredible amount of grace in their day to day lives while they wait on the Lord to fulfill dreams they’ve held for many years.  Rather than getting discouraged or bitter, as the world would have them believe is their right, or taking matters into their own hands to force a fit, they wait…. full of grace…. because the Lord is WITH them.  Mom’s… Everywhere…. That clean up a mess… again.  Listen to another tantrum…. again.  Make another meal… again… and again… and again… and again.  You are FULL of grace, because the Lord is WITH you!  We can see the appearance of lives around us, seeming to move with ease and grace.  Let’s not forget the amount of hard work, discipline, and endurance each one of us is exercising to make it through every single day.  The Lord IS with us, but I give you a long distance high five too for putting in the effort, I know its not easy!

(So how long did you watch the gif, convinced Amy was like a millisecond away from a wardrobe malfunction???  Yeah, me either… thought never crossed my mind 😉