The boys have been loving this warmer weather, which I do as well, because it means the mess moves OUTDOORS… and by mess, yes, I mean the boys. After all the rain we had earlier in the week, it was pretty muddy out, so I was doing my best to keep them out of the mud.  That is one difference between girl brain and boy brain…. we are predisposed to avoid mud, they are drawn to it like moths to flame.  When Kevin got home from work he gave them the green light to run through the yard barefoot so the mud could squish between their toes.  They were in heaven.

What happened next was both ingenious and horrifying, something that could only be conjured in the head of a small boy.  The mud was starting to dry throughout the yard, and they were finding it harder and harder to squish it between their toes.  Apparently at that exact moment, mother nature called with a plan to solve all their problems…. Pee in the mud…. and then JUMP in it?!?  Insta-mud!  Peeing outdoors is one of their more favorite pastimes, so watching that was nothing out of the ordinary.  It was when their feet left the ground, that I understood the rest of their plan, and that millisecond was not enough time to respond.  Gross.  I will NEVER understand boy brain.

That brought an immediate end to our muddy adventures and we decided it was time to rinse off and jump in the tub.  We got everyone clean, and I was out drying AJ off and getting his jammies on when this sweet lil stinker came out to greet me with another fun surprise…. 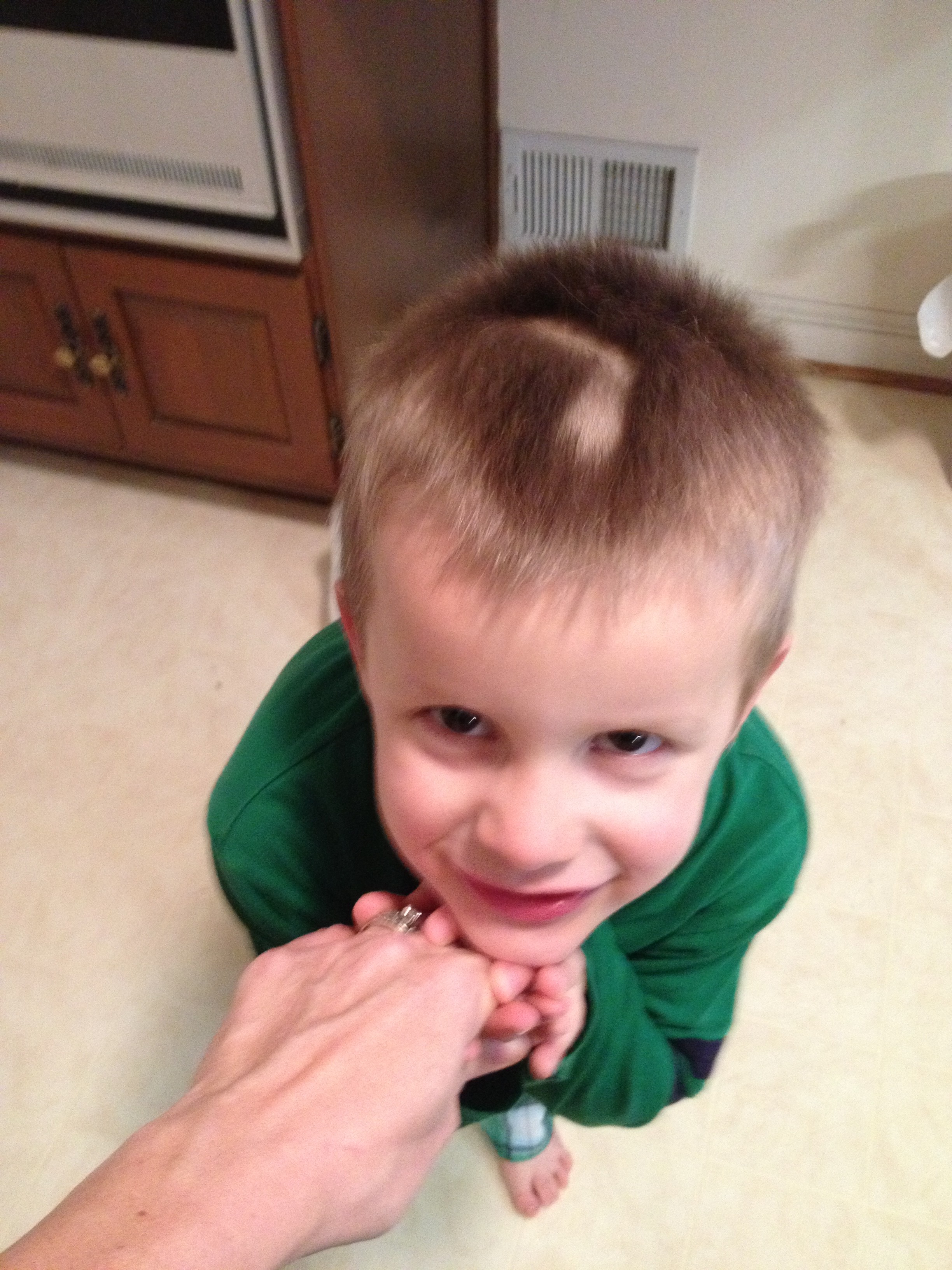 What made it even funnier was that he didn’t even acknowledge it when he walked up and asked me for a snack, as if he’d already forgotten his shenanigans, he probably had.  It’s an infuriating skill that has likely driven parents mad for centuries, I remember pulling the same antics with mine.  After doing something mischievous, and getting caught in it, looking at my parents with the most innocent of faces and denying it up and down.  When the boys do it to me, it pulls me up short EVERY. SINGLE. TIME.  I can know that I know that I KNOW, they did it, and then they are so sweet and emphatic that they did NOT do anything, and every time they get me to doubt myself, even if just for a second.  Stinkers!

I mean, look at that face.  How could you suspect that face of wrong doing?   In all honesty, hair isn’t that big of a deal to me, so I just laughed at this one.   Most people would have cleaned their kids head up by now…. not me.   He’s still rocking it, and will likely do so all through the weekend.  Friends at church…. your welcome in advance for the laugh!