I was out to lunch with a friend awhile back, and the kids at the table next to us were LOSING their ever lovin minds.  Totally honest, I didn’t even notice.  It wasn’t until I kept realizing my friend was glancing away every 2-3 minutes, and I followed her gaze that I caught sight of the scene: Two women, casually engaged in a conversation, choosing to ignore the pandemonium that was happening right in front of them.  I don’t think I even missed a beat in the conversation we were having, until I heard the glass shatter, and watched the waiter walk up to begin cleaning it up.

After having kids, in the rare moments I get to experience the world again un-teathered, I tend to imagine it akin to what Piper felt on her 48 hour furlough from jail…. Granted, she was only supposed to be in jail for like a year, and not serving a life sentence or anything, but still.    All the little things, like getting to wear soft clothes, and real shoes, and drink coffee, and things regular people take for granted were suddenly the most AMAZING things she’d ever experienced.

It was like that for me, that day in the restaurant…. and every day I make it out the door without a tag-along.

I see that normal people, those not currently serving out their sentence of chaos with small children, were distracted, disturbed even, by the lack of response the women were showing their unruly children.  For me, the fact that those children were a whole 20 ft away, completely oblivious to my existence on this earth, and that I was getting to enjoy food that was hot, that I didn’t have to prepare or clean up, or share with a single other soul….. Indescribable joy…. FREEDOM.

See its like this…. Piper thinks she’s all high and mighty before landing herself in the big house.  She DEFINITELY considers herself ‘above’ the rif raf inmates she’s landed herself among, until she realizes their just people like her, and that they might know a thing or two about making the best of their ‘time served’.  Motherhood doesn’t appear to be all that different.  Most peeps find it rather easy to look down their noses at the lowly women with yogurt on her shirt, hair disheveled, with kids in mismatched clothes, missing one shoe, hanging off all her appendages.  They are convinced they would be doing it so much better.  Once they find themselves among the ranks, TOTALLY overwhelmed and shell shocked by the overnight break from reality, they’re more liable to embrace the sisterhood that forms around them.  You realize rather quickly these women might be the only thing that allows you to maintain a shred of sanity, and appreciate that they would come looking for you, should one of your littles try to shank you in the bathroom! 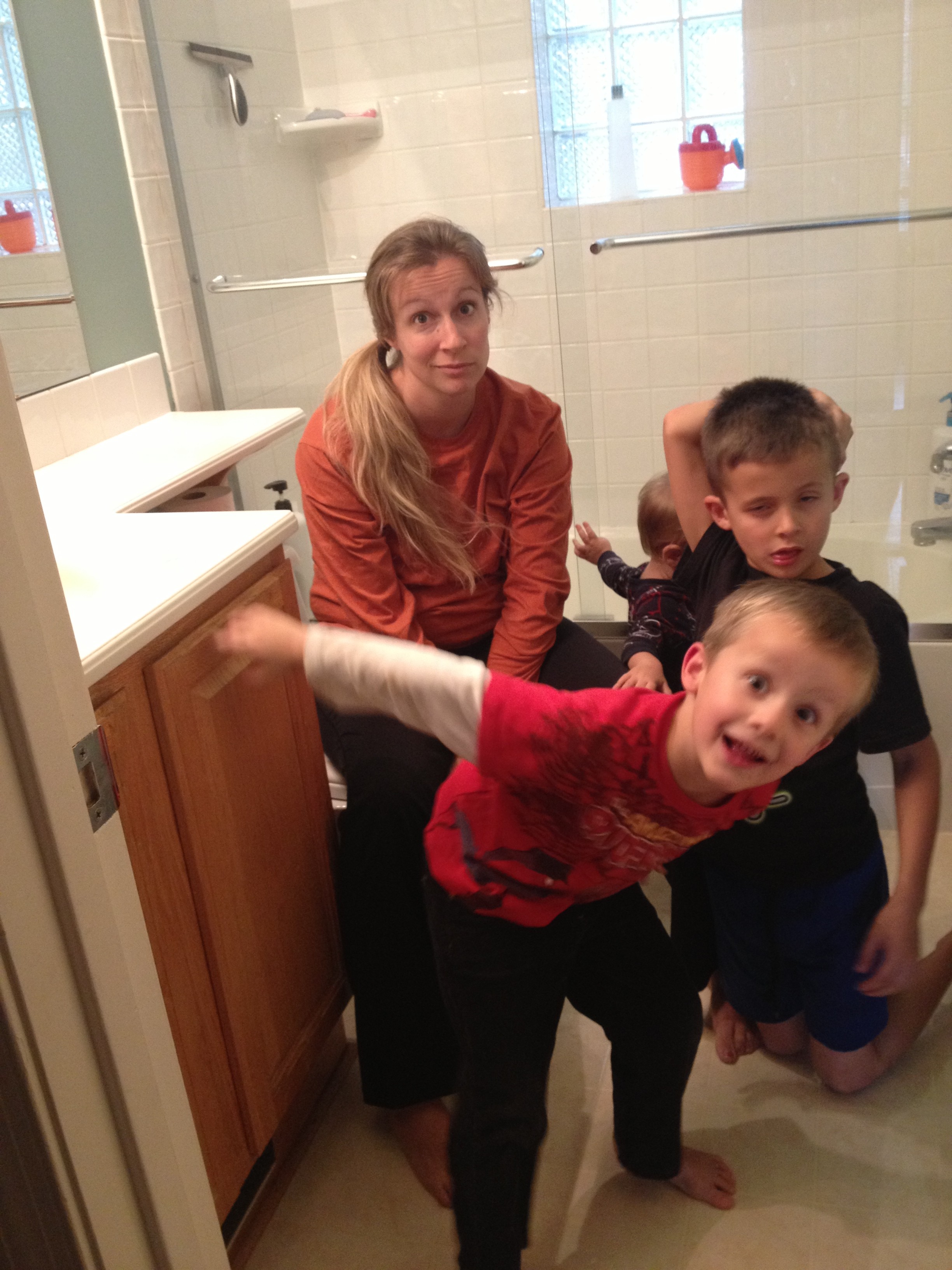 I can’t remember if my friend said something about the situation, or if it was just me reading the thoughts through her eyes, but a quick glance around the room showed the firing squad was lining up the assault rifles…. no judge or jury had been necessary to pass judgment on this situation.  These women had been found guilty of trying to enjoy a lunch out, some adult conversation, and the masses were demanding blood for the infraction of disturbing the peace.

Ok… ok… its not like I went all Braveheart on the situation, climbing onto the table tops and addressing the entire restaurant, though how cool and weird of a story would THAT have been!   I was able to explain that the moment we were witnessing, didn’t reveal ANYTHING about who these women were or how they choose to parent in the moments behind closed doors to my friend.   It could be something as simple as the women in question were just EXHAUSTED from parenting all morning, and they needed to check out for 15 minutes to remind themselves they’re still in fact their own person.  Shared experiences connect people, whether that’s jail or motherhood….. and obviously I would NEVER… EVER… EVER… DREAM of drawing any similarities between the two…. just like I would NEVER claim to know so many random details about Orange is the New Black because I’ve WATCHED an episode or several… cough.. But whatever.

If you’ve been a long time parolee of these crazy years, or have yet to take a tour through the big messy house fully of crazy eyed inmates…. try to remember the only crime these women are committing is trying to love their lunatics as best they can, without losing themselves completely in the process.   The rules are ever changing, so what worked in cell block mom 30 years ago, doesn’t always fly now a days.  BELIEVE me, if I could push my kids out the door and not let them come back home till the street lights turned on I would.  Problem is behavior like that, in this day and age, likely WOULD land me in the Big House.

So the next time you encounter a little ‘crazy’ in your otherwise ‘normal’ day…..trust that you likely have NO idea about who the mom is or what her situation might be, and err on the side of compassion rather than condemnation.  Chances are pretty good you’ll make BOTH your days better by blessing a frazzled mom with a kind word, or picking up her tab as she attempts a ,doomed from the start, quick exit (there is NO SUCH THING as a quick exit when parenting).  Do it…. cause crazy eyes is watching you 😉 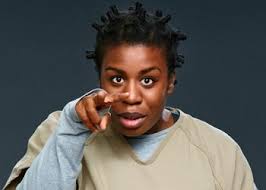