I have a bit of a beef with the concept of loneliness.   We have gone to battle before, loneliness and I, and it has won.  Decimated me even, to such a degree I wasn’t certain I could battle my way back.  In a world of 6+ billion, in an office with thousands, in bed next to the man I love, it fought me hard and dirty, throwing temptations my way to ease the loneliness that were not right.  I believed it was me, that I just wasn’t as loveable, or fun, or exciting, or ALL other positive characteristics, and THAT was why I simply couldn’t find my place.

I don’t say this next statement to be mean to anyone struggling in that desperate place of loneliness right now, because it is a painful and treacherous place wrought with every lie you can imagine, and sometimes lies are easier to believe than hard truths.   However, for me, it wasn’t until I realized just how self-absorbed I was that I finally started pushing back the front lines of loneliness and finding the connections in community I had been praying for.  Let me explain a little further.

At my absolute lowest, I felt I was CONSTANTLY reaching out.  I was always calling friends, trying to coordinate events, craving a deeper connection.  Every time someone called to cancel, or rejected an invite because they were busy, traveling, etc, or when Kevin couldn’t accompany me to something for some reason, I took it 100% personally.  I didn’t even realize my subconscious was feeding me this garbage that I was buying wholesale, that all of these people actually WANTED to do these things, they just didn’t want to do them with me.  I believed I was ‘purposely’ left off invitations.  I believed I was ‘purposely’ avoided at parties or gatherings.  Maybe this was true sometimes, but even in those cases rather than assigning any responsibility to the individual that might have had contention with me and not had the courage to address it with me directly, I shouldered it alone…. after all, I believed I was the defective one. 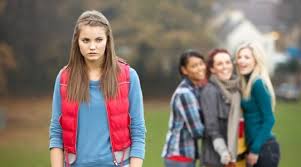 This is crap y’all…. and rather embarrassing for me to admit JUST how self-absorbed I was.  To actually believe that ALL these people were making their life decisions, and planning their social calendars, around ways to avoid or neglect me????  I almost want to smack myself for the time I spent in that desperate place, believing that garbage, and it breaks my heart to think of anyone else believing such vitriol lies about who they are and the worth they have in this World.

So I have a beef with loneliness, because in a world of 6+ billion people, to buy into a lie that we don’t have a choice about being lonely is crap.  The enemy loves helping us justify any reason to keep us isolated with things like ‘this is just a season’, ‘my circumstances won’t allow for it’, ‘I simply don’t have the time’.   Saying those things are all fine and dandy, as long as you understand THAT is your choice to agree with them.  If you are unhappy you MAKE time to change it.   In my place of self-absorption, it was ALWAYS on someone else to make me happy.  If they would just call me, if they would just invite me,  if they just WANTED me…. THEN I would be happy.  This is another crap lie from the enemy because THEN, they never call enough, or invite enough, or want enough to satisfy this endless hole that existed.

It is a HARD thing beating back those lies, going to war with them every single day, believing my worth in not tied up in anyone’s assessment of me, but tied only to the truth of who I am: A daughter of a King, beautiful, chosen, empowered, brave, strong, whole, redeemed from every horrible choice, or ill spoken word, protected, and above ALL else LOVED perfectly.   Because I FINALLY (most days) can believe that, I’m able to extend love freely without concern for whether its accepted or reciprocated.   I’m finally able to see the truth for what it is, people DO travel, they DO have prior commitments, they are BUSY, they didn’t PURPOSELY leave me off an invite, or avoid me at a gathering, they might have forgot, not had the space or resources to invite more, or whatever.  If they do have an issue with me, they are an adult and can approach me when they’re good and ready, if I’m aware of it I might try and approach them so we can make peace.  However, I’ve also learned making peace takes two, and no matter how bad I might want it, I have no control over another person, so I will do my best to release that control and move on (easier said than done).

If you WANT authenticity, lead with it.  Not ONCE in my loneliness did I tell Kevin I was lonely.  Not once, when I REALLY needed a friend to talk to, did I actually SAY that I needed them.   In OUR weakness, HE is made strong…. Life long connections develop, souls speak to each other when we give them air to speak…. so SPEAK, but then remember, no one person will EVER complete you, and that burden is to heavy for any one to bear.     As an extreme extrovert, being with people is what fills me up, and allows an overflow to pour out onto others.  As I learn to understand and embrace this part of my nature I know that I can cast my net wider and farther than some…. this makes me NO better or worse than anyone with a smaller net, it makes us different, and different is what makes this world beautiful and colorful, and FUN.  However, making time to get filled up is a choice, and make no mistake the enemy will ALWAYS seek to put up roadblocks toward this effort, maybe in another post I can explain how our family makes this work.

If you’re struggling with loneliness friends, realize you are in a battle, and you can fight it.  Find the lies that lonely has you believing, and replace them with God’s truth of who you are…. If believing His truth is too hard, find a friend that can believe it for you, and remind you of it.  Don’t be tricked into believing they can ALWAYS shoulder it for you, or that their only mission in life is you…. that is the self absorption talking, ultimately this is a fight only you can win, but it is one SO worthy of fighting! 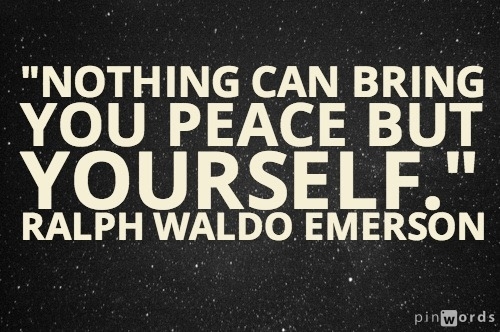