I survived my first week back to work, barely.  It didn’t go terribly, like wheels falling off, crazy lady screaming at people, terrible…. More like I kinda wanna throw a fit like AJ does when he asks for Spaghetti, we give him Spaghetti, and then he loses his mind because we didn’t give him Chicken.  It’s kinda like that.  I get to go back to work, and I know its a good thing going back to work, for many previously mentioned reasons, but then I actually have to work.   Do you see?  I asked for Spaghetti, I got Spaghetti…. but I just want to lose my mind for a second, because no one’s giving me Chicken!

It makes all the sense in the world to me.  It’s pretty much my modus operandi.  God says, do something, and I either a) Do the exact opposite for awhile until my world starts falling apart, make an about face, and realize (again) He’s always smarter, or b)Do it, all the while throwing a temper-tantrum, lamenting how unfair it is.  Both incredibly mature ways of handling life, obviously.  Hopefully someday, preferably in the near future, I will mature into an actual adult capable of setting a legitimate good example for my children.  I mean SOMEONE in this house (besides Kevin, who is apparently good at everything, and disciplined, and all that adult jazz) really needs to figure out how to listen and obey without throwing a fit.

I thought a fun way to celebrate the end of my first work week, would be a trip to the water park with the big boys.  Key word…. thought.  We’d decided to go, because the boys had earned free admission through the summer reading program they completed at the library.  It wasn’t until I had my bathing suit on, bag packed, and Selah in the car that Caleb let me know he’d lost his coupon.  Normally this wouldn’t be a big deal…. except in the one week since we’d earned the coupon book, its been lost about 34 times, and this is also after I’ve told my kids a gazillion times to PUT THINGS BACK WHERE THEY BELONG, and TAKE CARE OF YOUR THINGS!  I see red when we can’t find things… which is all the time… we can NEVER find things.  After wasting 30 minutes looking for it, I told him I was either leaving without him, or he could pay his own way into the water park with the remaining money from a lemonade stand they held a few weeks pack.  He grabbed his wallet and we headed out.

I was thankful he was there because Logan had REALLY wanted him to come, and it made me feel better knowing they were together in lines while I waited at the bottom for them with Selah.  However, I couldn’t help but wonder exactly what my $15 dollar admission had gone toward, as ‘rode’ the bench alongside each ride.  Then they found the wave pool.  Hell on earth for any parent.  How my mother ever calmly visited with my aunt on the lounge chairs while my cousins and I played in that death trap as children is beyond me.

4 life guards, monitoring over 200 people, many with enormous tubes taking up even more surface area on the water, while wave after wave crash towards you.  The joyous shrieks of childhood drowning (pun intended) out any possible chance of communicating, as your child heads further and further out.   There is not enough Xanax in the world for the anxiety that creates. 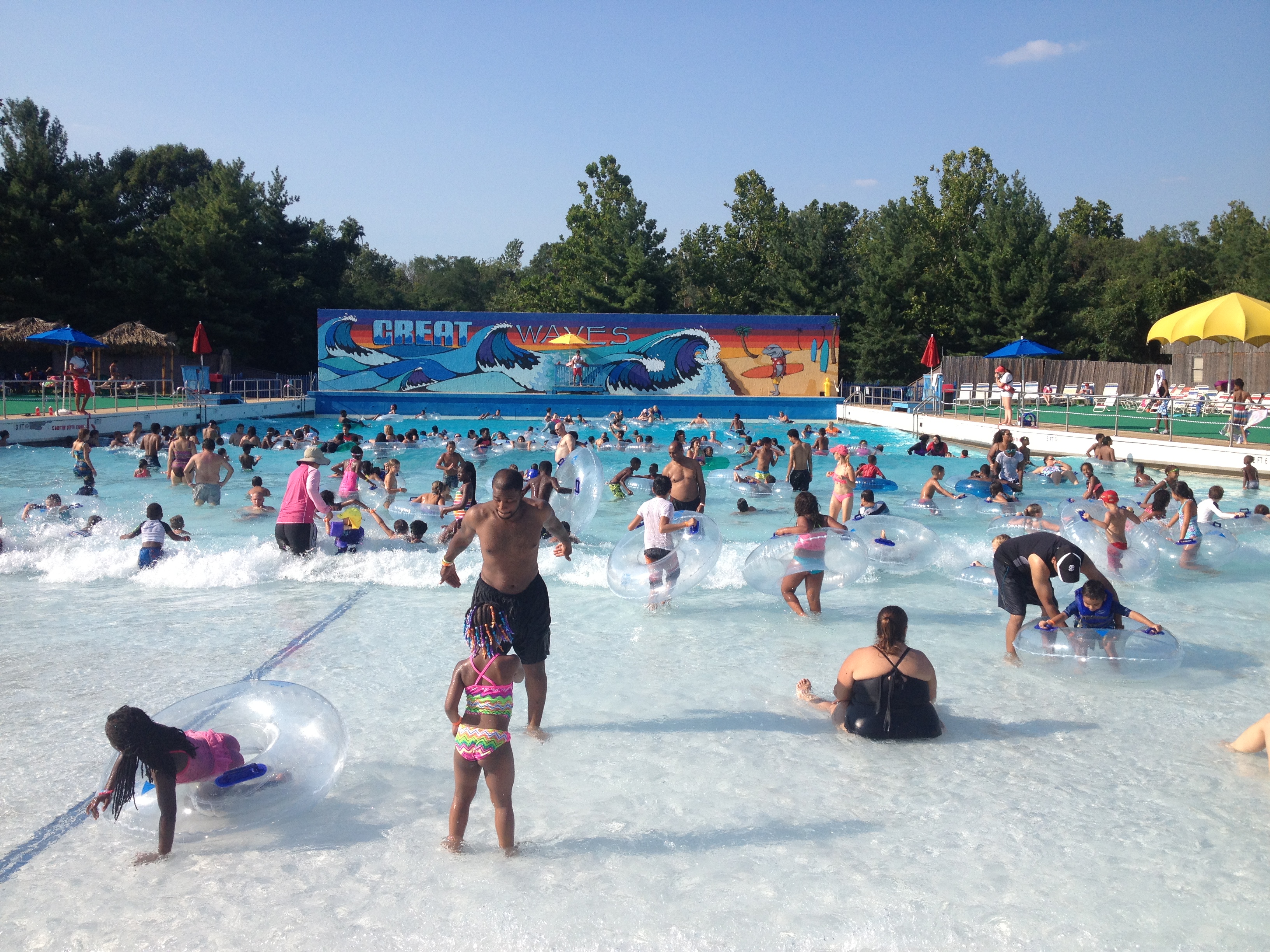 Can you find my children????   Yeah… Neither could I 80% of the time.  Every minute or two I’d see a smiling head pop up in between a wave, letting me catch my breath, before they’d disappear again in the mass.  For awhile Selah and I went in to try and be closer, but a 3 month old in that mess, even in my arms didn’t make me feel much better.  Of course this would be their favorite attraction.  I eventually had to bribe them out with an ice cream cone, just so I could let my heart rate normalize. 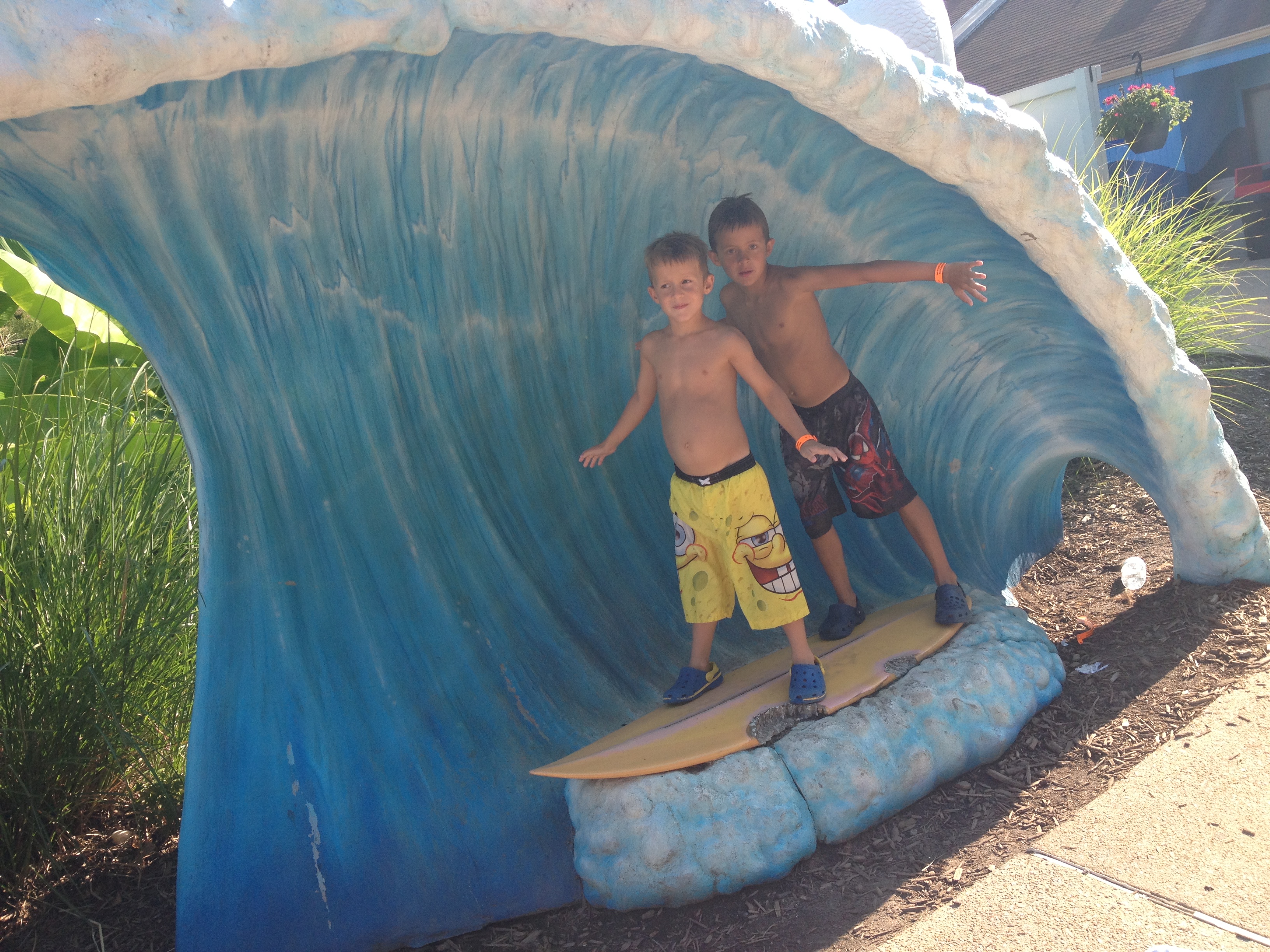 Fake waves are so much more fun to take pictures of…. for mom’s.

Because work and water parks and kids and massive anxiety attacks weren’t enough fun for one day…. I also had to get ready for a masquerade party for my girlfriends 40th birthday party that evening.   This is what I looked like before my fairy god mother waved her magic wand and fixed me: 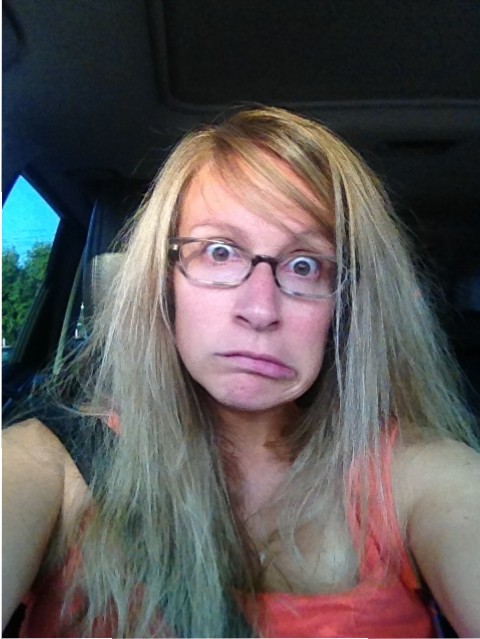 The original plan was for me to be ready when the sitter got there at 6:30. When you do all the crazy things in one day… this is what you look like at 6:30 instead, and you send a text to your friend that says ‘I’m coming to your house to get ready, mine is a zoo!’   Then you thank God for artistic friends that can wave their magic wand and have Cinderella ready for the ball in just a few minutes time! 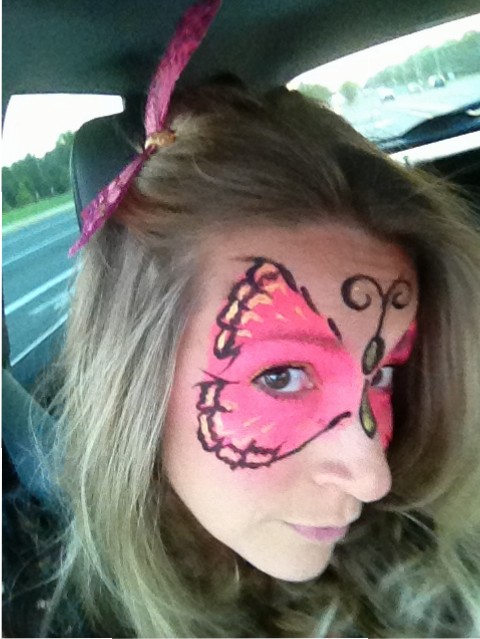 It was a CRAZY week, that ended with a particularly CRAZY day…. But when it ends at a party with adult friends and all the ankle biters are nestled quietly in their beds, and NOT hanging off me or asking me a zillion questions, that’s a good way for the day to end 🙂 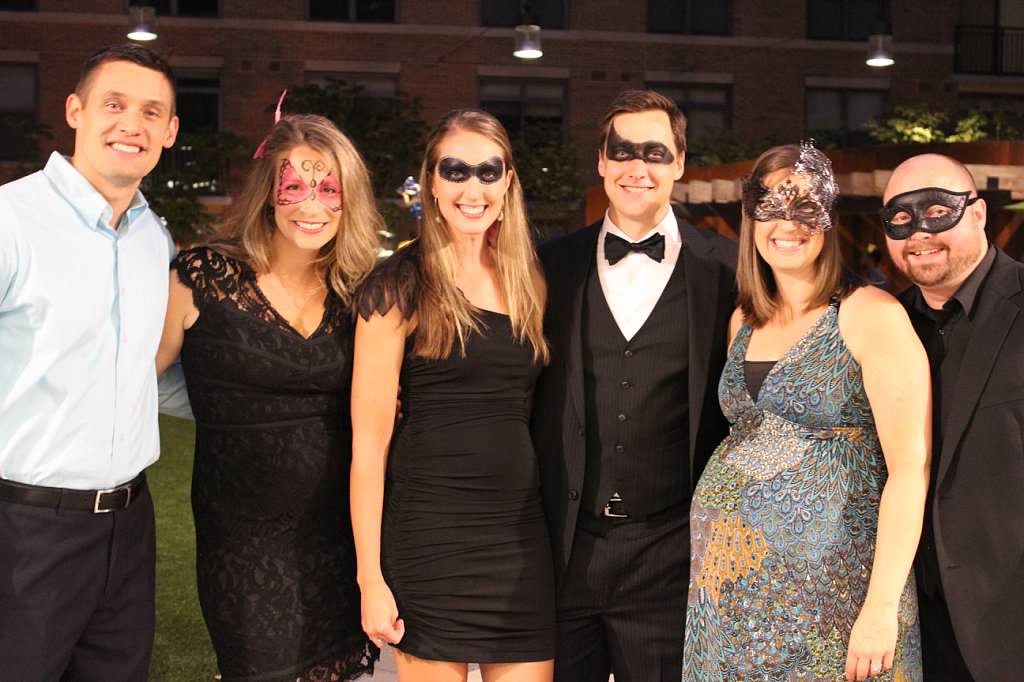 Hoping with the start of my second week, that my brain starts to speed up and remembers how to juggle all the moving parts just a little better!