‘Ya know how social media seems to be able to read your mind?  When I was pregnant, sidebar advertisements constantly showed cute maternity wear.  I get home-school notifications, and ideas on how to make chicken exciting again.  Big brother pays attention man!  Their most recent coup d’etat has been pushing articles and blogs my way about why parents of 4 or more are ‘happiest‘  (their words, not mine).   After the paranoia passed, wondering how in the world they knew to send me propaganda for life with 4 kids, I decided to embrace the happenstance encouragement….. but I wanted to put my own spin on it!

Their studies lacked a certain level of sarcasm which I tend to appreciate.  So without further ado my own list, with a fun dose of sarcasm!

My Five reasons I think parents with 4 could MAYBE be happiest.

5.  They have lost their damn minds.   I used to think.  My mind used to work.  It doesn’t anymore.  I set it down one day looking for a reprieve from the screaming and whining, and like most things in my house I can’t find it again.  Those with your minds still fully in tact must be thinking how terrible for me.  But use those beautiful brains you still have to conjure your perception of those sweet souls whose minds have left this world, while their bodies are still clearly present.   The worries that used to plague them?  No more, they can’t remember what they were worried about.  The plans they used to have for their lives…. now a beautiful day and watching the trees sway in the wind is plan enough, and then suddenly its LUNCH, and that’s a great surprise EVERYDAY.

4. They stopped worrying they were going to ‘accidentally’ KILL one.  Intentionally killing one, is still very much on the table, but by the time four kids are on the scene, in MOST cases, the older ones are reaching school age.  All those things parents worry about when their oldest babies, are BABIES…. That cough that is CERTAINLY going to be the death of them, that unexplained rash, the fever that will take them in the night causing you to wake up every hour on the hour just to make sure they’re breathing.  You start to trust and believe these things won’t actually kill them, and you are exponentially happier as a result.  (I’d say you were sleeping better as a result, but you do still have 4 kids, which brings me to my next one.)

3.  Their body has adjusted to sleeplessness.  What was the absolute END. OF. THE. WORLD. with your first.  The haze you walked through with your second.   You didn’t realize it because it happened so gradually, and lets be honest you’ve been half asleep for the last several years now as it is, so noticing ANYTHING was a stretch, but your body has adjusted.   Now, if you get one solid 8 hour night its like a miracle from heaven that can sustain you through a week of nightly interruptions.  If you get 5-6 hours uninterrupted, it’s basically what you USED to be like on 8hrs pre-kids…. and the interrupted nights, there’s coffee for that…. never enough, but its there.

2. They don’t have anything left to ruin.  Pride comes before the fall…. Legit.  Sweet little Julie, a ‘working woman’ who has money for the first time, ever.  She buys decorative pieces, furniture she thinks is nice, and is SO proud at the beautiful little house she is putting together.  Enter small children with no control of bodily functions and a complete lack of cognitive processing that might inform them coloring on walls and furniture is a poor choice.  When you have nothing left to ruin, it’s hard to care when spaghetti falls on the carpet AGAIN!

And the NUMBER ONE reason, parents of 4 or more kids could POSSIBLY be the happiest….

1.  They see it working.  This family they had imagined, the one they saw but had NO IDEA how to experience, they see it coming together.  For years, the anxiety kept them from embracing what was right in front of them.  When everything else falls away (is pried from your controlling clenched fists, or destroyed right in front of you), what you’re left with is the beauty you never knew you wanted in the first place, a house FULL of life.    You finally get to stop ‘planning’ how everything is going to work, and just take each day as it comes, because whether you can believe it or not…. It’s working. 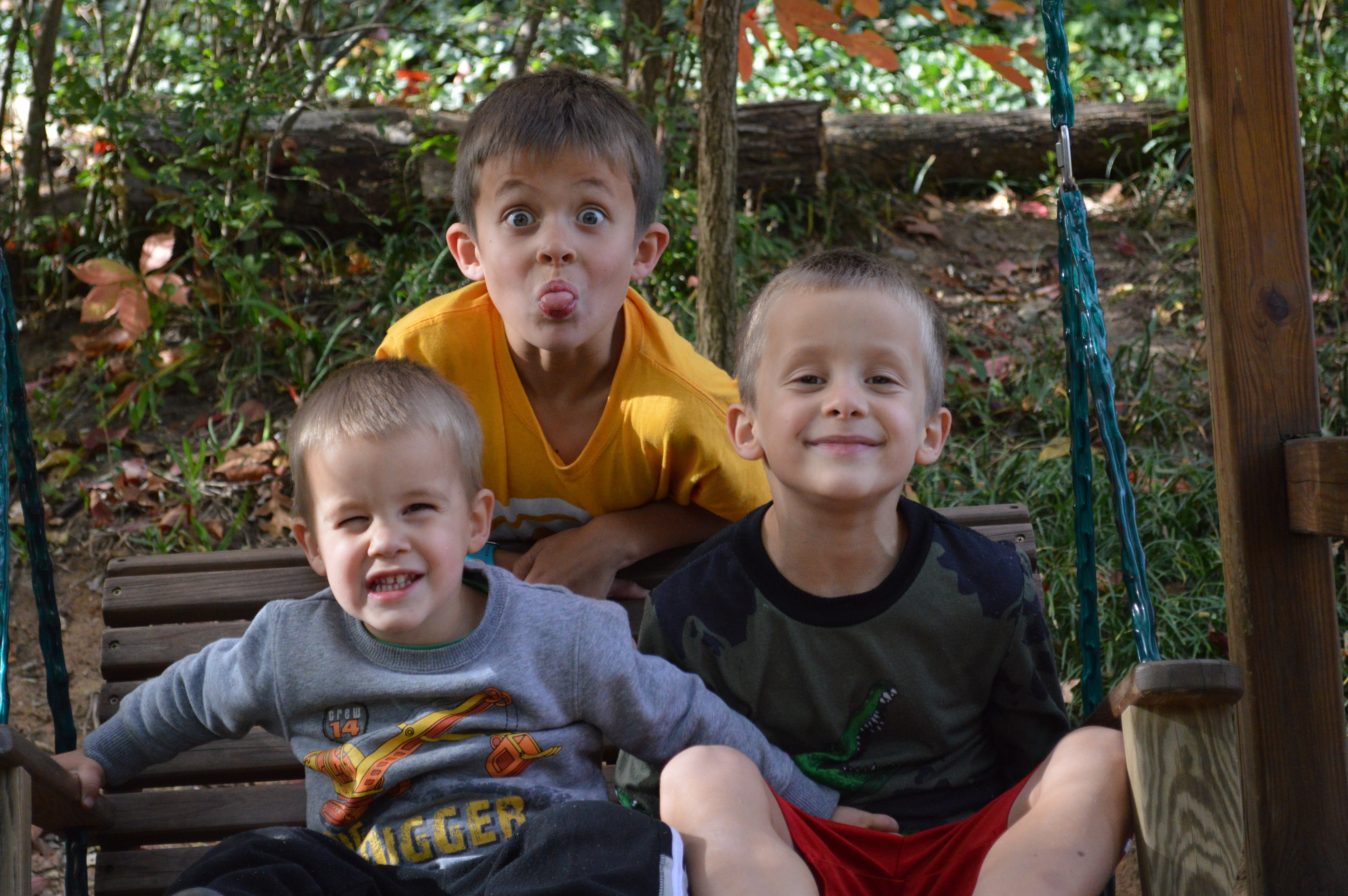 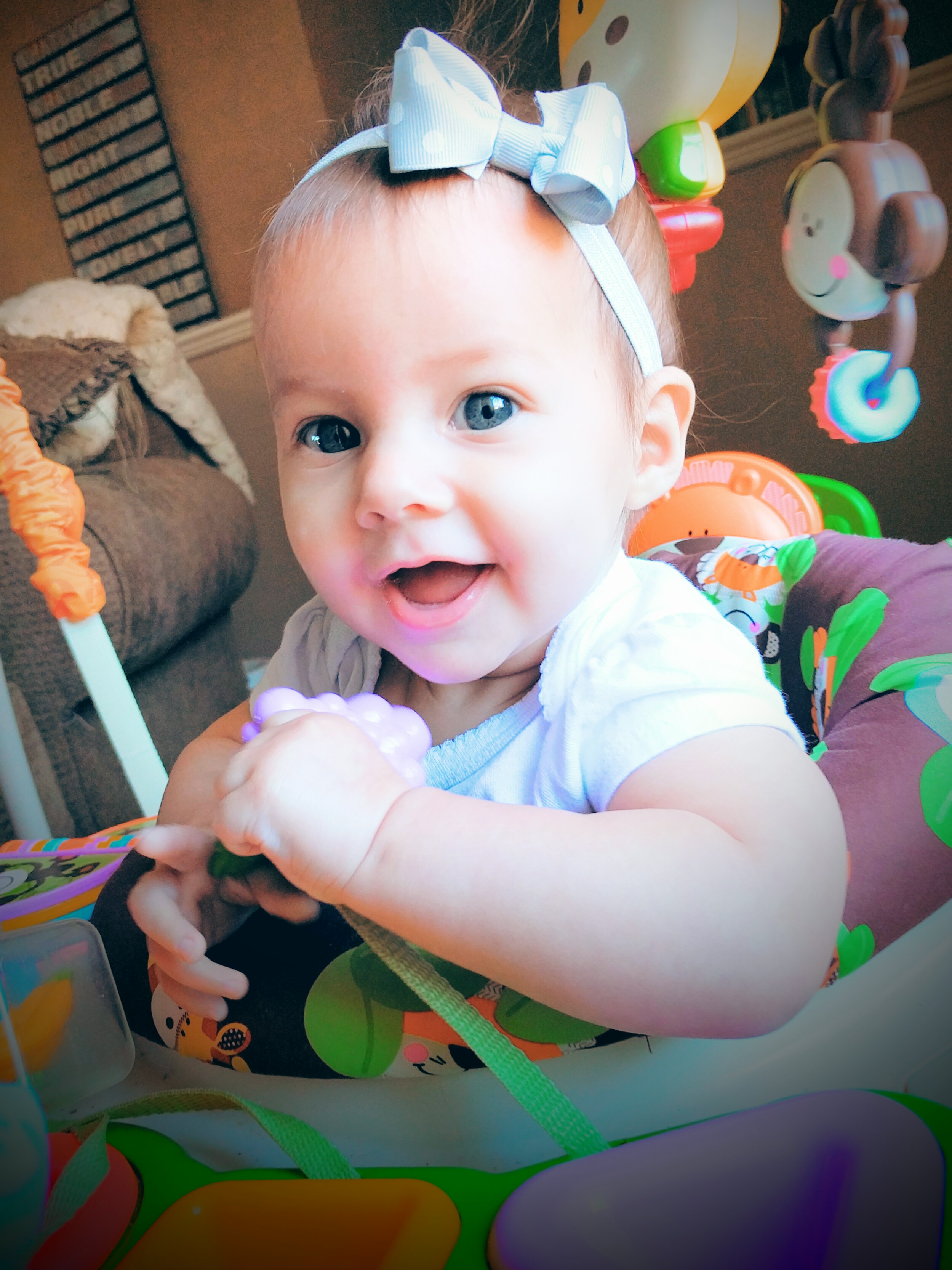