Growing up I sought the gold stars.   The goody two shoes that wanted the A+.  My perfectionist pull still runs deep, even in a season where a motley crew of kids almost guarantees nothing will actually go perfectly.  There was a confidence I could pull from being right, demonstrating I had things in proper order, that I was in control.  A confidence that I couldn’t seem to get from anything else.  It’s what made being obedient to this call toward alternative schooling so terrifying for me to follow.   Down deep I knew I wasn’t any more ‘right’ than the next person, I even held a little distrust toward anyone claiming they were the ultimate authority on anything.  How was someone supposed to teach, when there were still learning what is right themselves?  It’s taken me every moment of my 30+ years to arrive at the beliefs and convictions I hold dear, and they only solidified after discovering the authenticity of the gifts these beliefs afford.  Love, joy, peace, patience (most days), kindness, goodness, gentleness, self-control (less than most days still), priceless gifts that came at an ultimate price.  Gifts that feel like a practical STEAL, scandalous even, that I could get them on the merits of believing bone deep in a truth behind comprehension.

A truth beyond comprehension.  A tension I still remember feeling very clearly in my early schooling years.   My parents, grandparents, priest, and Sunday School teachers all very clearly wanted me to profess the truth they taught me as right, and yet they celebrated the good grades I would bring home upon giving teachers the answers they marked right on my tests.   In the years I was ‘learning how to learn’, one of the lessons I was inadvertently taught was the importance of giving people what they wanted.   This is not necessarily a lesson I want my kids to learn.

We’re only 2wks into our new school year, and I’m just FINALLY starting to see some of the fruits of this four year labor of love that has been obedience in alternative schooling.  Home-school, I’ve found, is less about the subjects in these early years as it is about teaching children how to learn, and OH. MY. GOD. the mind numbing tedium in those first several years all but did me in.    If you imagine a quiet circle of love huddled together on the couch immersed in a fantastical learning experience over the mystery and delight of the written word…. WAKE UP SISTER, you are dreaming!  It is about teaching tiny humans to keep their butts in seats long enough to read a sentence.  It is about encouraging them, despite their LOUD and FREQUENT lamentations of what they CAN’T do, that they CAN in fact do it, if they would just TRY.  It is about fighting for that gift of patience with more practice than anyone could ever hope to have.  It is being absolutely SHOCKED when they actually learn anything, because by the end of the year you’re just ready to throw in the towel and declare summer vacation!

Two weeks into school and we’re coming up against that age old battle: Creation vs. Evolution.  This time I’m getting to handle it on my terms, prioritizing teaching my kids the importance of being real over right.  The grade specific reading used a fictional story about two boys Lance and James, on a field-trip to the libraries of congress.  Listening to their fictitious dialogue made me squirm while reading it.  James, to be honest, sounded like an arrogant jack-ass as he sarcastically scoffed at his friend talking about the big bang, saying “You know that’s a bunch of baloney, God is the creator of all things, not some explosion.”   It dawned on me…. I didn’t like this contentious either/or battle, and it bothers me that at young ages kids are being asked to pick their side of a fight which adults still can’t land an argument on.   Within each camp questions still outpace answers, so why are we testing kids on ‘facts’, it doesn’t make sense to me, and it gave me the opportunity to be real about that with Caleb.  We’ve looked at many science books together, we’ve watched you-tube videos demonstrating large scale explosions, we’ve talked about the verse in the bible 2 Peter 3:8 “But, beloved, be not ignorant of this one thing, that one day to the Lord is like a thousand years, and a thousand years as one day.” (emphasis mine, ‘LIKE’, not exactly a thousand)   I’ve laid out many sources of information in front of my child, and I told him that I hold my understanding of creation loosely because at the end of the day my understanding of it doesn’t affect my belief that everything evolved from a loving creator according to His good and perfect will, and it wasn’t necessarily mine to understand, but to believe.   One of the questions on his assignment at the end of our reading was which version of the story he believed to be true, Lance or James.   After our discussion, and looking at all the facts, we arrived at our own theory.    At the end of the day, God’s declaration of “let there be light”, could have manifested as an extraordinary explosion of light, something out of nothing, ‘ex nihilo’.   Caleb’s response was that he believed there could be truth in both, which I’m sure was NOT the response the teacher may have been expecting, and certainly gave this gold star seeking mama some heart palpitation as he took that sheet to school.

We survived that mine field and just last night, as we were working through Genesis 3, the fall of man.  Caleb comes and asks me this douzy, “Mom, if God didn’t want Adam and Eve to eat from that tree in the garden, why did he plant it there in the first place?”  This.  These questions.  These conversations.  This is real.  This is the daily struggle of every single person on the planet.   Why God?  WHY is this happening?  Why did you do it like this?  I don’t understand.  There is nothing more universally REAL than that.  I can’t imagine anyone else teaching my kids how to wrestle that out in a real way.  I don’t believe there are neat and tidy, right and wrong answers, and I feel like teaching there is a way to get a gold star sets people up to become adults that go to war with people that were taught differently at the same age.  Adults, fighting out of a place of fear,  that believe if they opt out of the fight it might put in jeopardy the entire neat and tidy support structure that has propped them up their entire life.   Fighting, rather than seeing the exact same humanity in the eyes of their opponent trying to defend their own support structure.

I took my time, carefully choosing the words for my response, and praying they were the right ones.  I asked him how he would feel if his daddy and I never gave him a choice about anything in his life.  If he was ONLY ever allowed to do, say, go, be what we dictated.  Would he think that was love.  He answered no.  I asked him, how he felt when we trust him and when we don’t?  (He HATES it when we question his integrity…. sneaking candies, lying about what happened, etc…)   I explained that because God loved us as absolutely much as anyone ever could, He gave us free will to chose.  He would not force us to listen and obey Him, but that he placed his loves right into paradise, giving them everything their hearts could desire, including the choice to obey or not.   We talked about temptation, about consequences, and about an unwavering love that ultimately forgave and redeemed, and the sacrifice it took to do so.  I tried to keep it as short and simple, acknowledging my audience was still a 9 year old boy, and not wanting to discourage future questions with lengthy dissertations, and just like that it was over and he was on to his next thing.

E pluribus unum…. Out of one many…. humanity at it’s core, where ever the belief structures break down, that truth remains…. Out of one many.   I don’t want my kids so focused on being right, that they ever forget the REAL person standing directly in front of them. 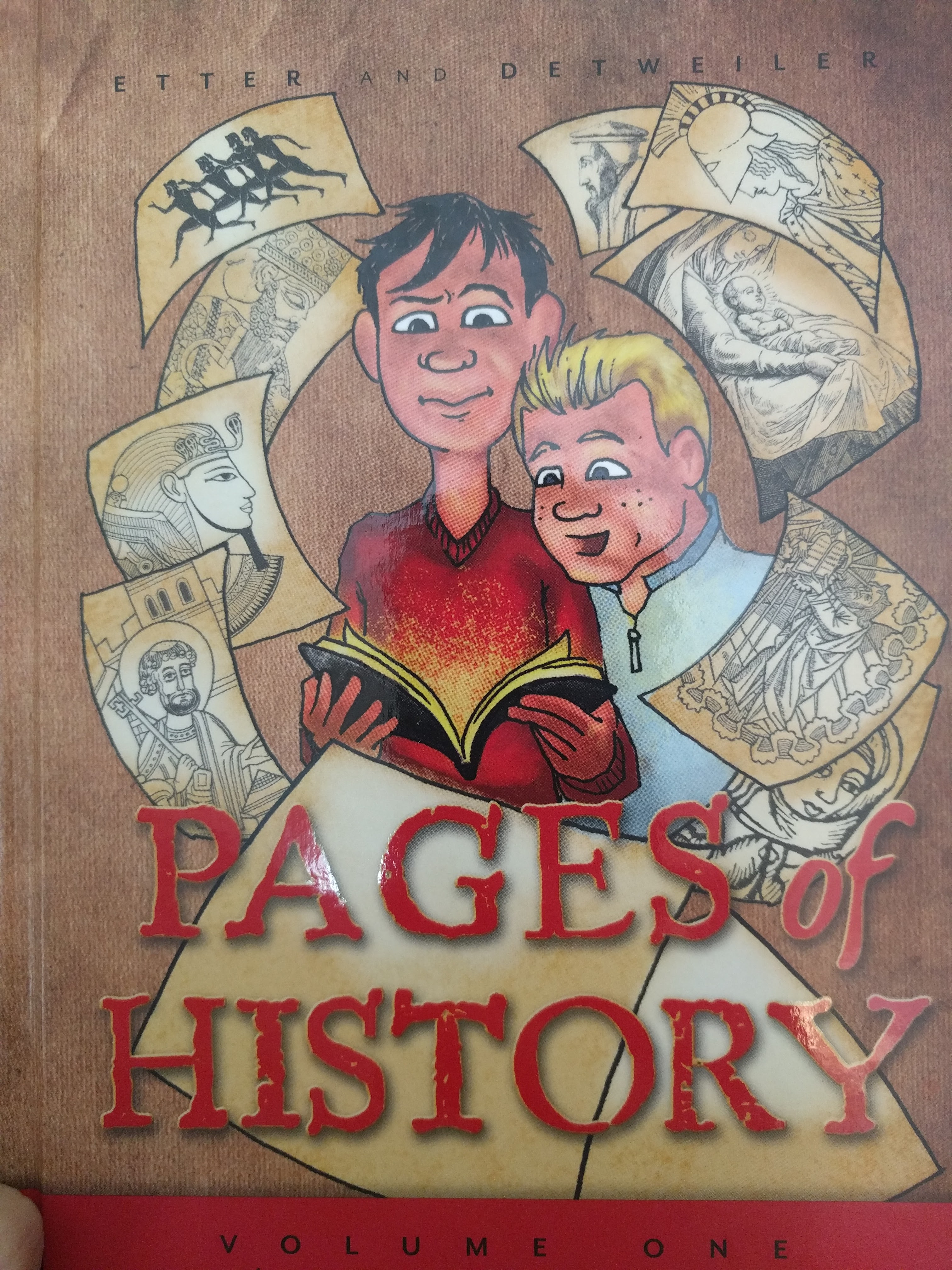 Also… he made me breakfast in bed this morning, a delicious egg scramble with ham and cheese all on his own…. so while I may be inventing my own scientific theories…. I must be doing something right! 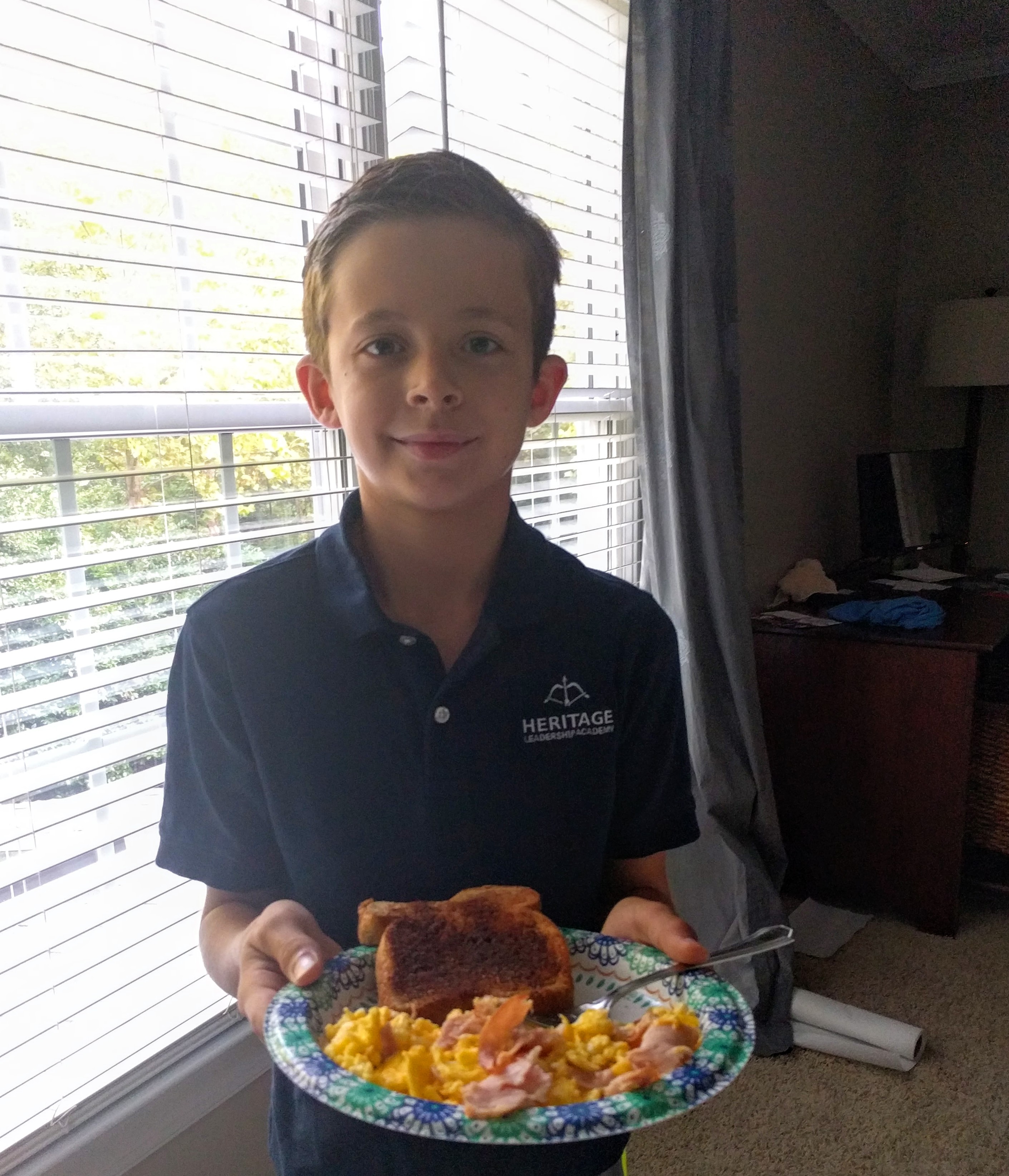