I’m about 3 inches deep into an entire sleeve of double stuff Oreos at the moment, and its only 3pm.   It could be worse, I could have said I’m on my second bottle of Pinot, don’t think the thought hasn’t crossed my mind.  Some of you might call this emotional eating…. I call it progress.

Remember that sweet mom, who spoke of fitting better with her children after years of them rubbing the sharp edges of parenting off?  She’s on life support, aka a sleeve of Oreo’s, and the jury’s still out if she’ll survive…. It wholly depends on whether or not those sweet little cherubic children value their lives enough to listen THIS time, when I said through gritted teeth, get out and stay out until I call you in.

How could it all go so wrong????  Let me paint a picture for you, and we’ll see at what point you might have snapped…..

“No.  You know the rule, no breakfast until 7am”  (This rule was my feeble attempt at trying to keep them OUT of my room until 7am…. which in 6 years, has NEVER occurred)

“But I’m huuuuuuuuungry”  (You could count this as the first or 2nd time already at the very early start to my day, that they choose not to listen to me…. It would be the first if you disregard the fact that this rule has been standing now for OVER A YEAR, and each morning they STILL ask for breakfast before 7am)   However, it didn’t even phase me, I’ve heard them contest it every day for a year now.

7am…. Breakfast is served.

7:15am…. “I’m still huuuuuuungry” (after devouring an adult size portion of cereal)

“You can have some fruit if you would like”

“You must not be as hungry as you claim…. have some fruit or breakfast is over.”

He grabs an apple, eats about a 1/3 of it, and throws it in the garbage…. I fish it out and set it on the counter, prepared for him to say he’s hungry again in about 30 mins…. which he did, and he finished his garbage apple.

The real fun this morning began with Cub’s lines.   Every morning, as part of his school work, he is to start his day doing a little copy work.  One short bible verse written 4 times.  The idea is to help him with spelling, scripture memory, hand writing, and sentence structure.  Normally, without issue, this activity takes roughly 10-15 minutes and then he’s excused to play for a few hours in the morning.   Every now and again, he likes to try and challenge my authority in this area.   For the next FIVE HOURS…. yes you read that right…. FIVE HOURS….. he came at me from every angle that has ever been accrued in a tiny 6 year old arsenal.  It usually starts the same way…. something like this.

“This is your last chance at 4 lines.  If you choose to continue talking back and disrespecting me like you are currently, you will earn yourself another line.”

Commence screaming and outlandish comments about NO, NOT FIVE…. THE HORROR…. THE AGONY….. booo hoooo, cry me a river.  You should know dear reader, that as heartless as my responses may sound at this point, I honestly do EVERYTHING in my power to NOT have to add another line.  I try to warn him, telling him to just remain quiet, turn and put the pen to paper, that he’s going to earn himself even more work.  I try to point out that the choice for more lines is his and his alone…. but logic is apparently impenetrable, as he continued spouting outlandish threats that he was going to rip his book in half, or snap his pen so he couldn’t write.  At one point he said he would actually HIT me?!?  There were tears, LOTS of tears, and my name all morning was meanie, or some variation of.

One thing I’ve learned is that my men are motivated by food…. as we rounded the bed of the lunch hour, having made ZERO progress, I pointed out that I was serious about doing nothing else until he was finished, and that included eating lunch.  After much consternation and gnashing of teeth he finally sat down and started writing…. in 5minutes he’d finished 2, and proudly showed them off.  I commended him and told him to keep moving, 10 to go…. He realized I was serious and let out a little huff.  At 6, to encourage the progress he’d made, I allowed a granola bar…. it seemed we might get the day on track yet.

However, it would appear that surviving those 5 hours had consumed EVERY LAST SHRED of patience I had left…..  Isn’t it funny how you can survive a massive storm, the damn holds through it, then the next time a few rain drops fall from the cloud…. THAT is when the damn breaks??? 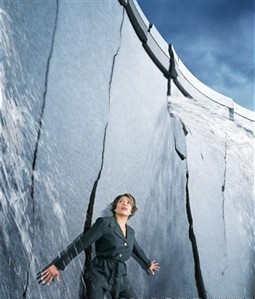 I was pretty dang proud of myself, for navigating a FIVE HOUR showdown without yelling even once, holding the line against an epic fit.  That was until we couldn’t find a ruler.   See, tiny rain cloud after MASSIVE storm.  Finding a ruler, normally wouldn’t ruffle a feather in the slightest, however today…. after buying three of them… getting them ALL into one drawer just a week ago, when I spent 30 hours cleaning up from the chaos these tiny humans can wreak on a home, it was the drop that caused the damn to break. We managed to avoid lots of yelling and screaming…. they got the ‘mean scary eyes’ accompanied with “Get out and stay out, Mommy needs a time out, ” through gritted teeth.

So here we are…. that’s where I snapped…. I suppose I probably made it farther than before, so we’ll call it more progress.  I’m guessing from Cub just coming inside in a sweet voice and telling me they washed my car, they realized they pushed the limits of mom’s boundaries.  Although the idea of a 6 and 4 year old washing a car on their own is scary in its own right…. I’m kinda scared to go look, but am trying to hold on to it being the thought that counts more.

Even more success…. writing this distracted me from finishing the sleeve of Oreo’s, though I’ll probably still finish them tonight…. we still have dinner and bed-time to get through 😉