Last night I went out with the girls.  At one point our conversation turned toward men, and we mused for awhile over this conundrum:  A staggering collection of intelligent, confident, faith filled, successful, and beautiful single women are available, and no MEN are pursuing them.  Collectively we didn’t come up with much of a conclusion…. it remained a mystery.  Until this morning.

I stumbled across this article “The Unofficial Goldman Sachs Guide to Being a Man“, and about choked on my breakfast.

Dear God…. if this is what it means to be a man in our world today…. Lord help us…

As I read through it, I became more and more convinced they got the title wrong, and it should have been the Unofficial Guide to Being a Pompous Ass, or overgrown Frat Boy.  I find it interesting, the term was never “Frat Man”… maybe it was because subconsciously everyone knew that behavior wasn’t indicative of what it meant to be a man.  That might be a bit of a harsh assessment… there were a FEW legit points in there…. a VERY few.

Yes the ‘Times New Roman in the streets wingding in the sheets girl’ DOES exist, but if you think she would be interested in the ‘man’ this list suggests, you would be sorely mistaken.  The list sounded like a great start, if your goal in life is to star in the cast of Mad Men, or be a career bachelor.  However, if you want to be a REAL man, one that can not only catch a girls eye, but hold it indefinitely, an entirely different list should be consulted.

I’m not offering myself up as any expert, but I’ve been married to a REAL man for going on 10 years, and I’ve experienced the attributes that not only caught me, but continue to make me swoon over a decade later.  Not one has to do with an affinity for whiskey, expensive sunglasses, cash in a front pocket, or accruing an impressive wine collection for our children. 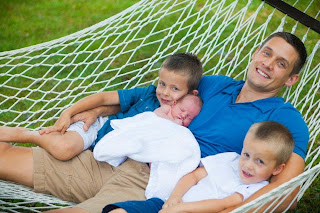 So…. mostly serious (and with some humor) I offer up: The Unofficial Woman’s Take on Being a Real Man:

There are probably at least 100 other things my girlfriends could contribute, and ladies feel free, cause it would appear the men could use an alternative point of view on what we see as attractive!