I didn’t vote for The Donald, or Hillary.  I was in that small electorate faction that was praying a third party dark horse would storm the polls and make history in the 11th hour.  It didn’t happen.  I was with a majority that scratched their head throughout the entire election cycle waiting for Ashton Kutcher to pop out during one of the debates and let us know we’d all been punked.  It didn’t happen.

We all know what happened.  We’re together watching it unfold day after day.  Ya’ wanna know something though?  Rather than losing hope and wringing my hands in fury, anxiety, or both…. I’m starting to witness some straight up genius maneuvering that I NEVER saw coming.  Let’s be straight, it’s not The Donald I’m giving this credit too.  I’m still very concerned about him, and sending lots of prayers his way (and also working hard to stop calling him The Donald, and honor him as (its even hard to type) my President).  My hope, throughout this insanity, has always been and will remain in the One who stands outside of time, who’s thoughts and ways are infinitely higher than my own, and whose shoulders the government (of the WORLD) ultimately rests on.

I’m not sure about y’all, but I’m usually pretty slow on the uptake when God sets something in motion in my life that I just CAN. NOT. wrap my brain around.   It usually plays out the same time after time.  I fight it, try to convince Him surely I know more and could do better (bwhahaha), doubt His goodness/supremacy…. the whole shebang.  I’m not proud of it, but it’s a tough cycle to break when He’s up to things I just don’t get.   Then once the plan is in motion, and I catch a glimmer of a good thing, I’m all about jumping back on the band wagon.   “Yeah God, I totally trusted you the whole time, never doubted you for a minute”.  Thankfully God really loves me, and I just imagine Him chuckling softly with a loving eye roll, because obviously He knew I’d come back around…. He knows everything, duh.

So what is this glimmer that I’m seeing?

Don’t quote me on any of this, because being completely honest I was listening as loosely as possible to the campaign trail.  That much divisiveness is just not good for me to listen too.  However, if I recall correctly a major tenant of Trump’s campaign was about giving the government back to the people.  (That tenant being parsed down to remove all the negativity about previous authorities, competing authorities, and very questionable jargon around most people groups on the planet.)  Yes, there was a bunch of other very questionable things said, which is why my concerns remain…. but if we hold onto the one statement of giving the government back to the people…. and then look around…. I see a glimmer.

It’s been, what, 3 weeks since the inauguration?  In the four presidency’s I’ve been alive for prior to this one, I have NEVER seen a response from the PEOPLE so strong.   I’ve watched many a late night comedy sketch that poked fun at the pathetic knowledge our Gen X, Y, Z, Millennial’s, had toward the political process.  Failing miserably when posed questions surrounding happenings in the world, names of important places or people.  Today, I’m not sure there is a person in the country who couldn’t tell you the new appointment for the Department of Education….. THE DEPARTMENT OF EDUCATION.    These are names the average person didn’t know, or care to know (as far as I can tell), in prior years.   Today they care.

I have many reasons for choosing to home school, but one of them was based on my experiences in talking with educators and hearing how alone they felt within the system.  Parents were apathetic, at best, antagonistic at worst.  Districts and school boards weren’t really listening or supporting them.  They, along with the students they were trying to educate, were being lost in the system and it didn’t make it sound super appealing to be a part of.  Today, I’m reading article after article about parents rallying behind their schools, wanting to get involved, to serve on boards, so they can make their voices heard and fight for their community.  In my mind, this is how it always should have been.  This is a good thing.  Involvement.  Participation.  Passion.  A Glimmer.

Would this kind of outpouring have occurred if a career politician had taken office, or a no name that we may have mistakenly assumed knew how to manage things?   Maybe.  Maybe not.  Either way, whether the President ‘gives’ the government back to the people, or the people finally stand up and reclaim their seat at the table….  We can celebrate the glimmer of hope in how closely it aligns with the very last line of one of the greatest speeches given, by  ‘arguably’ one of the most beloved presidents of all time.

“That this nation, under God, shall have a new birth of freedom — and that government of the people, by the people, for the people, shall not perish from the earth.” -Lincoln (Last line of the Gettysburg Address) 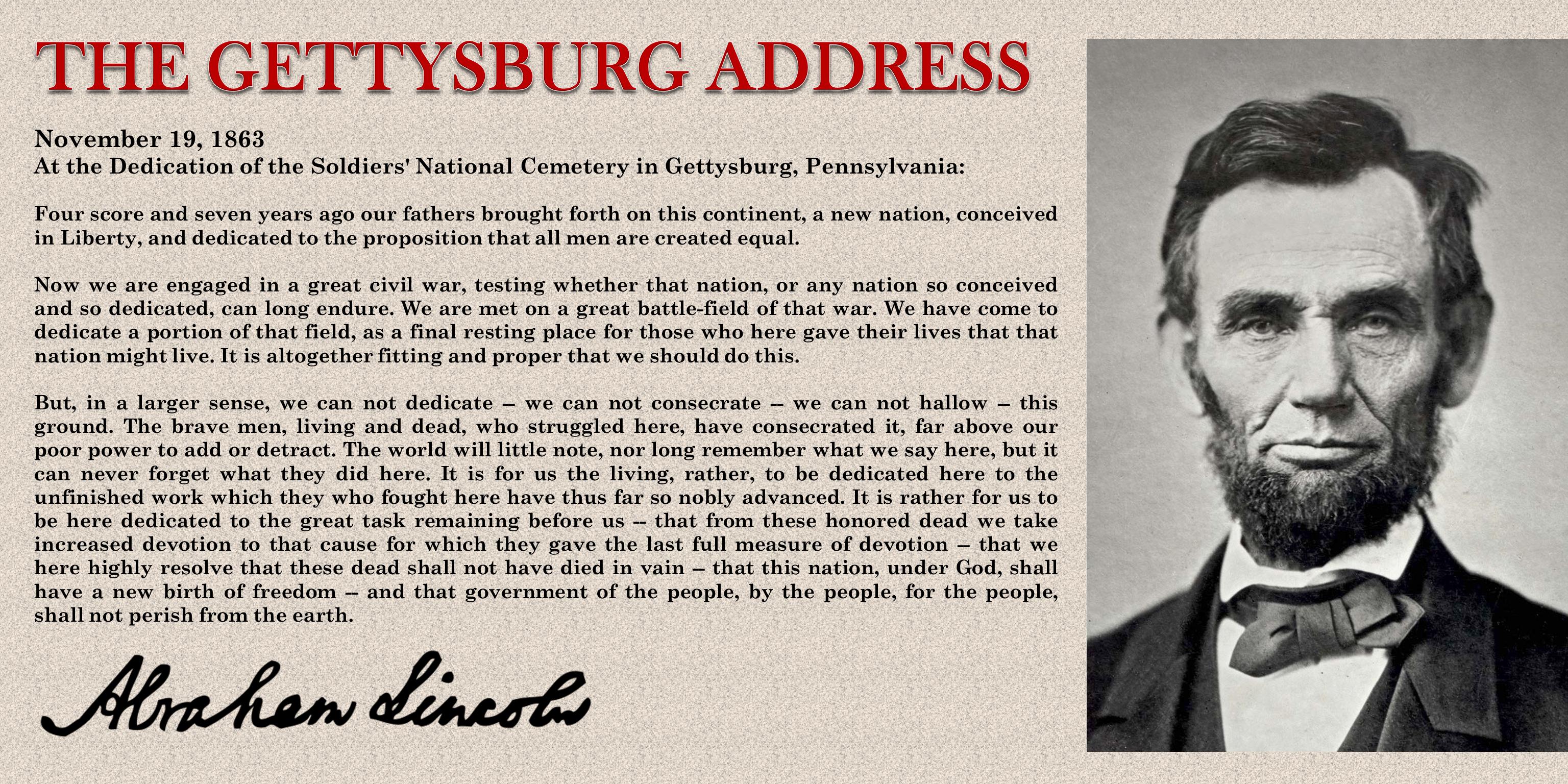