They say a picture is worth a thousand words, but do we ever stop to think about what those words would really be?  Between Facebook, Instagram, and Snapchat,  we’re letting images tell the story of our lives, but what voice are we letting provide the narrative behind it?

My girlfriend texted me a gorgeous picture of herself standing on a mountaintop the other day.  It was breathtaking.

Apart from the context, which so many of us lack when reviewing the thousands of images we’re inundated with daily, it’s easy to succumb to the nasty voice that whispers, ‘you’ll never find the peace and joy SHE has’.  The voice that leads us into temptation to compare, to see our life through the lenses of what we lack, rather that what we have.  A voice that desires to get our eyes off our own calling, our own path, and leave us paralyzed watching others, convincing us they’re doing it so much better than we ever could.  However, there is always a second narrative you can choose to listen to, and that is the narrative of truth.

I want to tell you the story behind this picture. 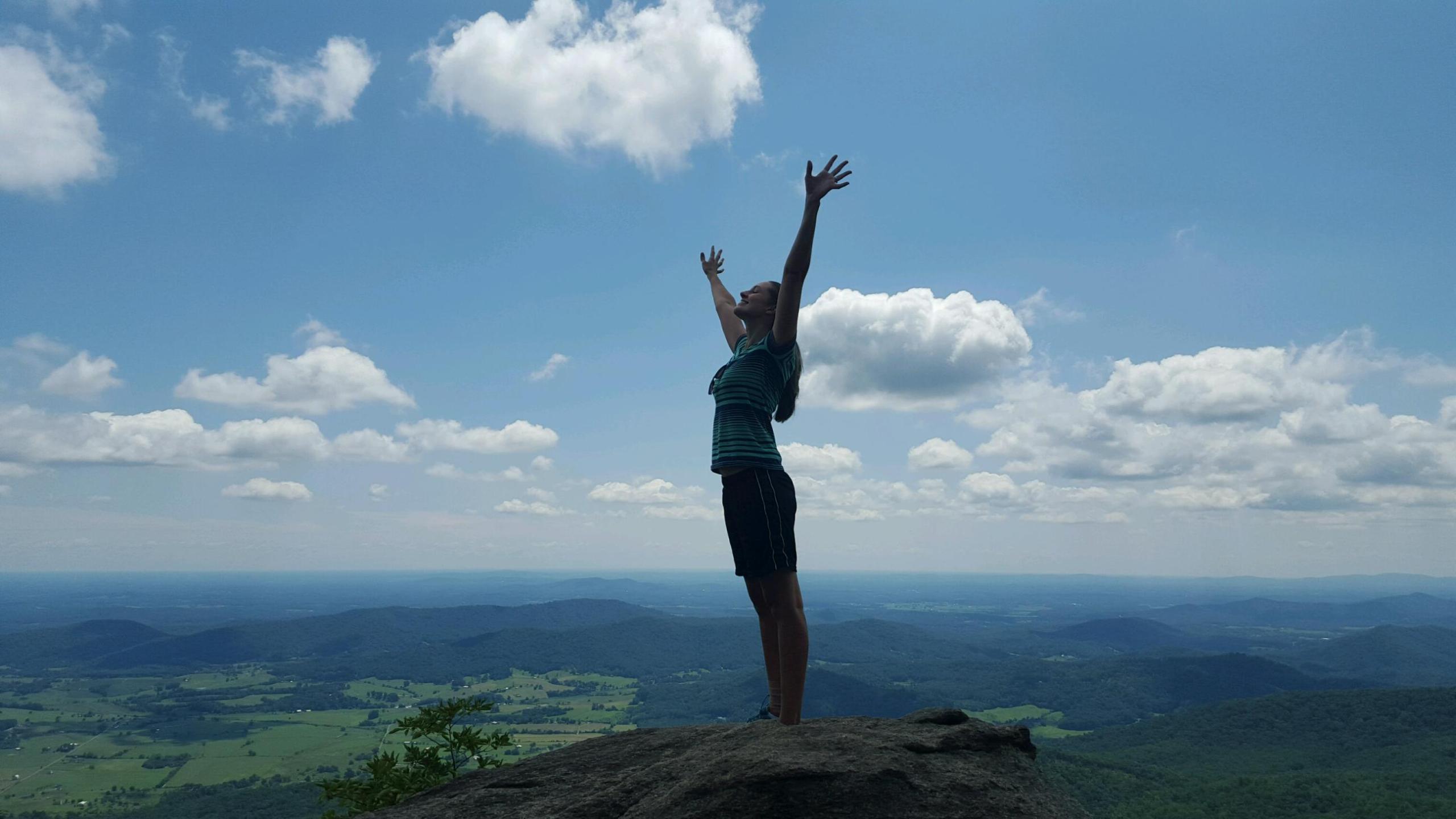 This picture, that portrays God’s beauty, that inspires us to take a deep breath of His goodness, to reach out and praise Him for it, this picture was birthed in tragedy.  A week ago, a young man was tragically murdered in his sleep.  As far as we know, at this point, it was a senseless crime.  He was someone’s husband.  He was someone’s son.  He was a friend to many, and a father to two little beauties.  A week passed in mourning, without answers, and to honor his memory friends gathered to celebrate the hobbies he loved most; kayaking and hiking.

The truth behind any image is that we’ll never fully understand the story being written behind it.  We might see the mountain top moments, but that can never negate the struggle each individual encounters to make it there.  Rather than agreeing with a narrative that births bitterness, jealousy, contempt, or self-flagellation, listen to the truth.  We are ALL made in His image.  We are His masterpiece.  We are what make the snapshots beautiful, persevering through the pain, giving him glory in the grief, raising our hands in surrender even when our questions go unanswered.

A picture is worth a thousand words. Let them be the right ones.