Kevin and I are now a week off our AMAZING week in the British Virgin Islands and it was SO incredible, that I’ll have to break it up into a couple entries just to get it all in.    I can’t help but starting at the beginning though because apparently my vacations to paradise wouldn’t be complete without major drama in my attempts to get there. (Anyone remember the passport issue from hell?!?)

You can imagine the week prior to vacation is hectic.  Packing, house cleaning, grocery shopping, ensuring Maggie and my Dad would be set up for success with the kids while we were away, cramming two weeks of work into one.  In a word, busy.  We finally make it to Thursday evening around 11pm, cabbie set to pick us up at 4am the following morning for our 6am departure from D.C..  I normally silence my phone to avoid interruptions overnight, but concerned the silent setting would somehow mess with my alarm volume I opted to leave it set to high.  At midnight my phone indicates I got a new email, and since I’m restless I pick it up to check.  “Flight Cancelled” the subject header read?!?

I wish I were joking.  Just how bad Kevin and I NEEDED this vacation is evidenced by what happened next.

I immediately place a call to Jet Blue to figure out our options, as their ‘amended’ itinerary had us departing on MONDAY.  Unacceptable.  When I finally get through the representative was clearly struggling with details, as Kevin and I tried to get her to list some options.  Getting out of DCA was looking to be impossible, but she had found a delayed flight that was set to depart BWI that could get us up to Boston where the second leg of our flight was still showing as scheduled to get us to St. Thomas the next day.   We through all of our stuff in the car by 10 after 12am, and headed toward BWI.   I’m talking to the representative most of the way there as she updates our itinerary and just as we’re approaching at ~12:55am, she lets me know that TSA closes at 1am.  We park at 12:57a, and race through the airport arriving to security at 1:03am.  There is a girl just 10ft in front of us with the agents.  Her mother let us know she had received the same email.  The TSA agent approaches us and let’s us know they are ‘closed’.   I see three agents screening the girl no more than ten feet away, and BEG for an exception.  It fell on deaf ears.  The literally shut a big glass door right in our face and walked away.

Back in the car, on the phone with a new Jet Blue agent, we’re advised our only options are to drive all the way to Boston to catch our 8am flight, or go to JFK in New York and try to fly standby, as all the flights are booked.   Pumped up on adrenaline we decide New York or bust.    The funny thing about adrenaline is it ebbs and flows.   When it’s pumping strong I was convinced we were on an adventure and would make it, but roughly an hour later as the time approached 3am, the full weight of the week caught up to me and I was struggling to keep my eyes open.   This was about that moment when I started wondering if we’d made a horrible decision and were going to die on the side of the highway, leaving our children orphans, because we fell asleep at the wheel refusing to accept the reality of a cancelled flight.  Kevin stopped for a cup of coffee, convinced me he wouldn’t let us die, and I shut my eyes for an hour.

We made it to JFK shortly after 5am, not thrilled with the prospect of leaving our car in long term parking for 10 days, but determined to make it to paradise (ON MY BIRTHDAY all of this is occurring mind you).   We approach the Jet Blue counters, with hundreds of other stranded travelers milling about the airport, indicating the magnitude of this ‘weather issue’, and are told very unceremoniously the information we’d be given was false.  They could not allow us to fly standby and would NOT issue us tickets.  We tried to argue our case to three different agents, each said the same thing, because we had a connection from San Juan to St. Thomas they could not get issue us a standby ticket.   Refusing to accept no for an answer, we find a fourth agent at their ‘escalations’ department.  Initially we were given the same response, to which I finally replied, “Just get us standby to San Juan, we’ll figure out the rest”.   She paused, asking if we were certain we wanted to terminate our ticket in San Juan rather than keeping our final destination, and seeing the steely resolve in our eyes issued us standby tickets that FINALLY got us through security.

On the other side of the ropes, we were not finding anymore luck.  The standby flight they put us on kept getting delay, after delay, after delay.  As we approached our fourth delay, and were confirmed that EVERYONE had checked in for the flight and there would be no standby seats.  A fellow traveler alerted us to another San Juan flight set to board in 30 minutes.  On a whim and a prayer, Kevin approached two more gate agents who had just closed the doors after boarding their gate for Hawaii.  He read them our sob story:  Four kids under 9, our first vacation together without kids in years, my birthday, cancelled flights, middle of the night drives from DC to NYC, and our standby status on a flight doomed by delays.   These sweet angels pulled a miracle straight from heaven and booked our names on the LAST TWO seats on the flight boarding in 30 minutes.  We walked to our new gate just as they started boarding, and my heart STOPPED when the gate agent scanned my ticket and told me that seat had already boarded.  Thankfully there was some miscommunication and she let us board as ticketed, and FINALLY we were OFF to San Juan!!! 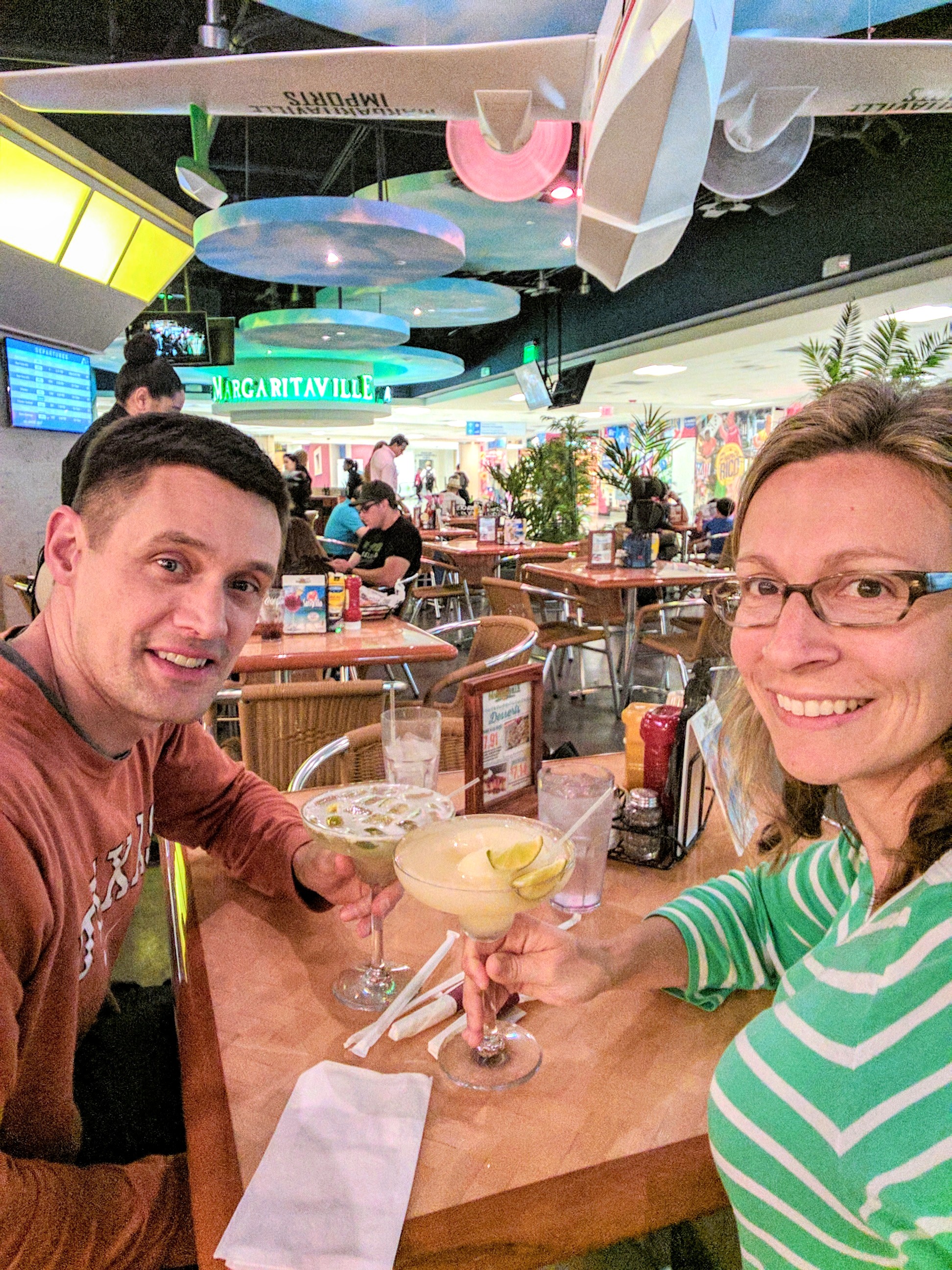 This is us enjoying our WELL deserved margaritas in the San Juan airport!

Once in San Juan we found a puddle jumper flight that would take us to our end destination of Tortolla, were we would finally meet Kevin’s brother Jon and Alexa who had made it with out delay to our final destination.  We had just about two hours until our flight, and found our gate…. realizing just what ‘puddle jumper meant’ when we saw the size of the planes we would be on?!? 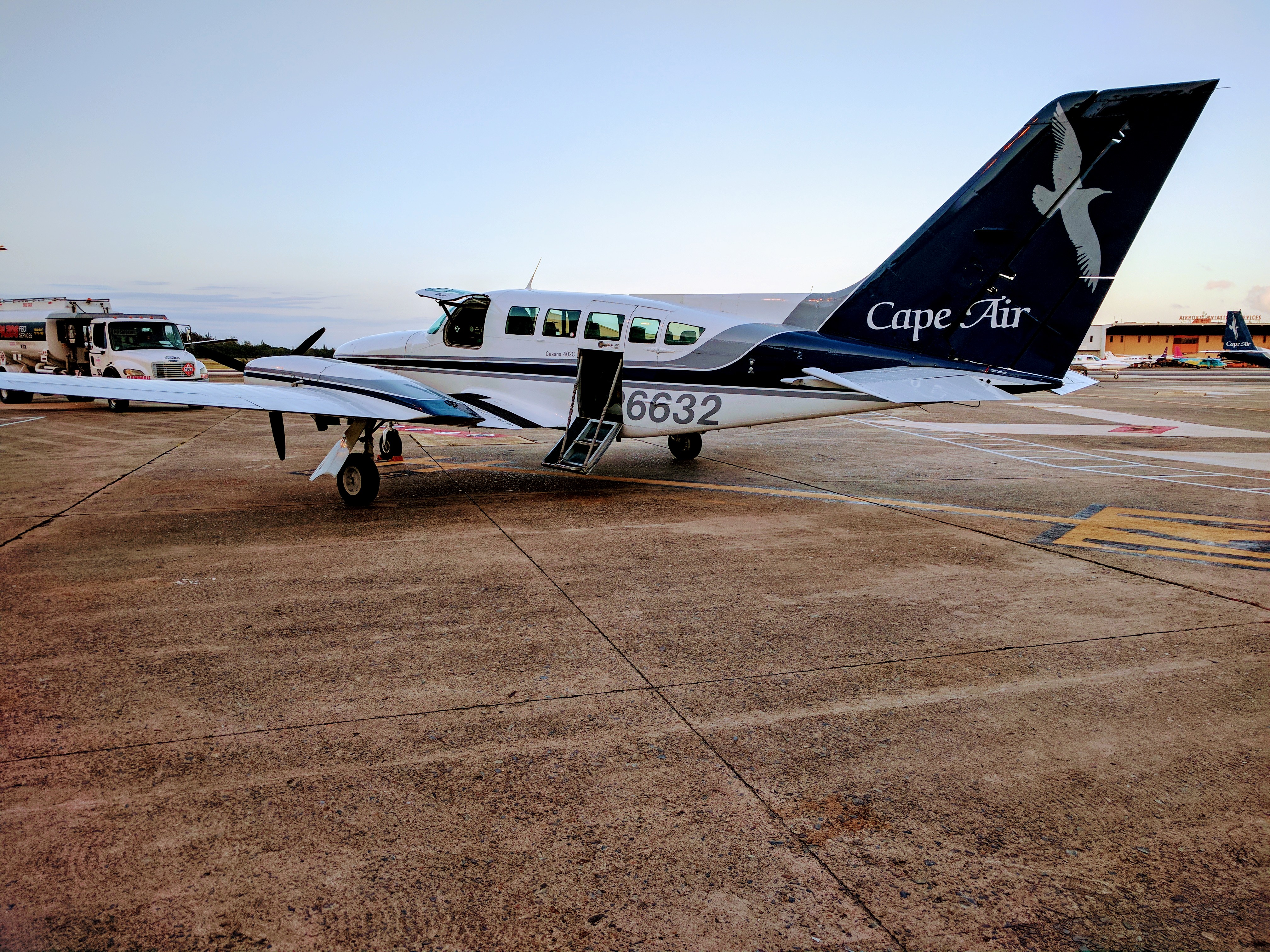 Because I have this tendency to strike up a conversation with anyone and everyone, I found this single gentleman sitting at the same gate we found ourselves.  It turned out my new friend Carolton was a Bishop within the church hierarchy serving all the islands of the Caribbean, and we engaged in a lively discussion of the status of the church today.  He was in administration within the church world there, so we hit it off with our mutual love for organization and process.  We discussed family life and the challenge of young kids, and how important it is to prioritize times like this with each other in nurturing the overall health and well being of our family.  We talked for a solid hour and a half, passing the time of our lay over, when suddenly he reaches into his briefcase and withdraws a book on Spiritual Warfare by Chuck Pierce.  He begins to speak to Kevin about how he saw him holding that book in his future, leading men, leading in the work space, leading his children.  That he knows Kevin is destined to lead, and he felt the Holy Spirit instruct him to pass that book along to Kevin.  I’m quite literally preening like a peacock over this development, convinced everything has occurred exactly as it was supposed to so that we could find ourselves in this moment and time.  (I did have my own little sidebar with God asking if all the theatrics were really necessary, while remaining thankful none the less.) 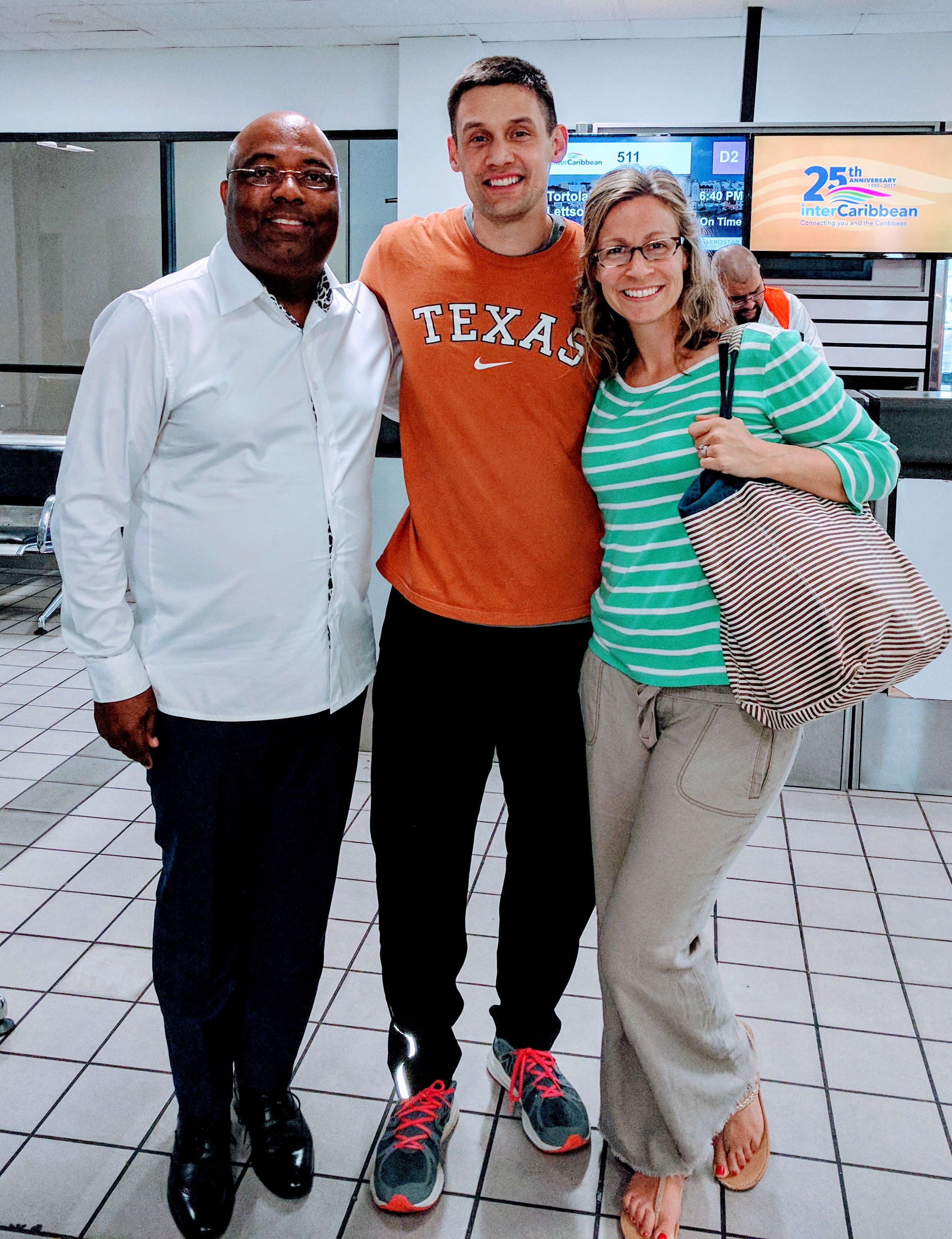 We all survived our puddle jump, parted ways, and after ALL was said and done, made it to our final destination only three hours later than we were originally scheduled!

More to come on our adventure to paradise, with pictures WAY more beautiful than the San Juan Airport!