(Associated SATIRICAL Press Release: As Imagined By Me) 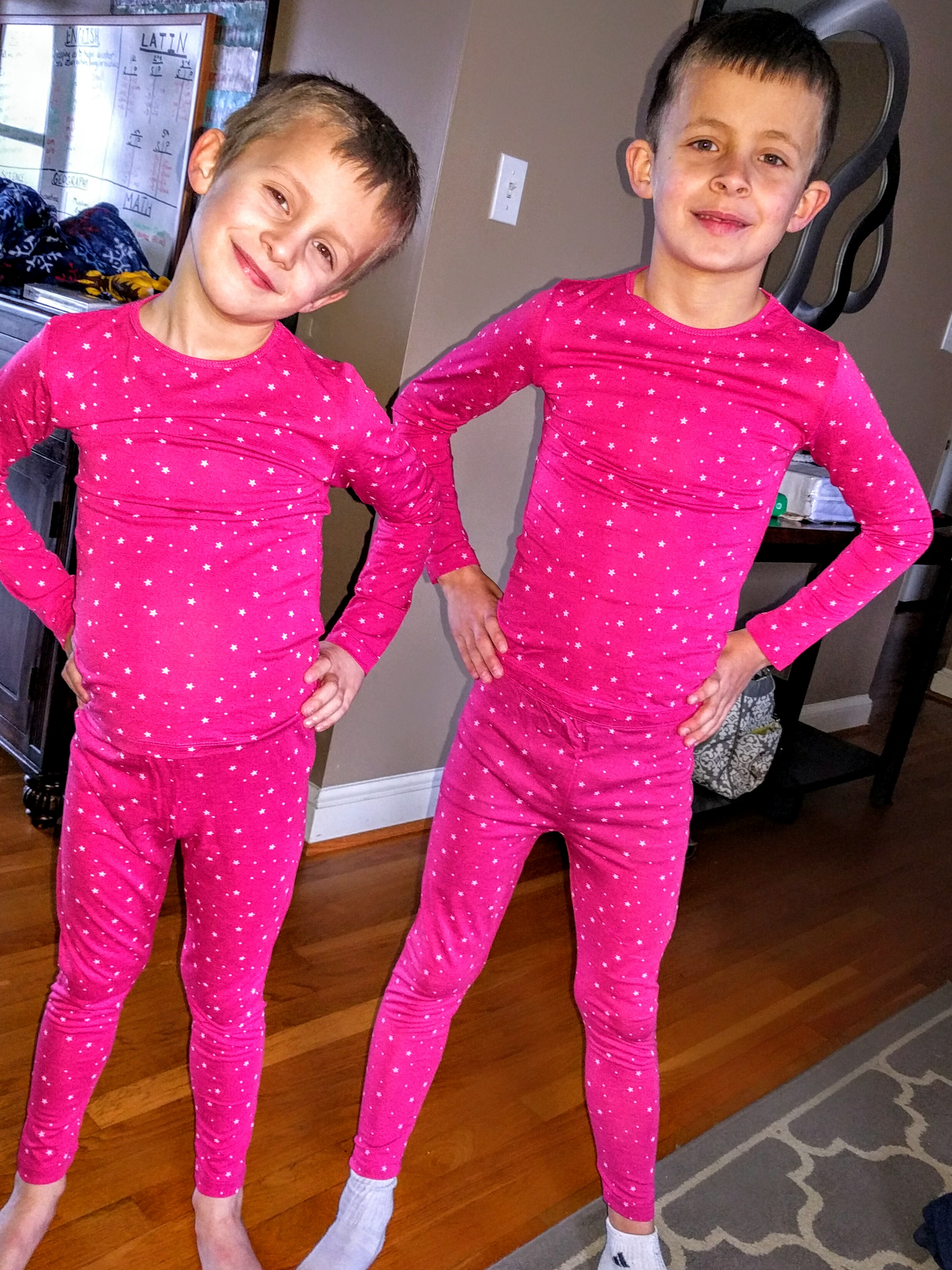 As our Capital scrambled to seek refuge from Snowpocolypse 2016, one mom saw her opportunity to challenge social norms, defy gender boundaries, and do what every parent hungry for 15 minutes of fame would do: Use her children as pawns to wage battle in a political agenda they could care less about!  We tracked this political progressive to her home just outside of the beltway in the hopes of understanding genius at work.

“Ms. Alspaugh, the World can’t help but notice how you took a situation that had rooted our nation in fear, and shifted the dialogue to one of hope for our future generations.   Early rumblings say you might be a front runner for the Nobel Peace Prize.   What do you have to say to the world?”

Well clearly this was premeditated.   For the last seven years, I have watched my children grow up as BOYS.  Everything about them was BOY.  They were loud.  They used my furniture to build castles, or leap from as ninjas.  They literally CLIMBED the WALLS.  For years I’ve tried to introduce activities that, in the past, have more classically been thought of as ‘girl’ pastimes; coloring, dance, playing house, and have watched them turn dance into ninja warfare, and house into a jungle scene where they had to kill for their food.  No matter my efforts, I could tell that CLEARLY they had been indoctrinated by this perverse culture they’re growing up in.  It couldn’t POSSIBLY be that they were born a boy, and therefore from their creation this was their predisposition.  We even elected to begin homeschooling our children, not because we cared about education, heavens no, I thought I could fight their nature all on my own, but this may have been a mistake.  As I see schools making such amazing strides in offering opportunities to confuse their gender, that might have been the better path for us.

However, as the severity of this storm grew, and panic began to swell, I saw an opportunity present itself.  Our region had the nations spotlight, so I waited.  You can’t rush genius (or a mother of four).  Clearly waiting until the morning of the big storm would be the best time to collect our supplies, so I loaded up the minivan with all four kids and headed to Costco, the most peaceful place on earth.  When I arrived, I knew I had timed this perfectly.  There was a line to even park that extended out of the parking lot, and the kids were already screaming, my plan was coming together perfectly.   Once inside, the check-out lines went to the back of the store, and with my cart requiring roughly TWICE the normal aisle space as my boys tried to hang from its sides, I was already getting the side eye from several patrons.  The coup de etat would not go unnoticed!  I politely looked through the remaining inventory of winter clothes, feigning annoyance that anything that would have worked for my boys was picked over, and then I saw them.  Hot Pink and the right sizes.  The heat of rebellion coursed through my veins.

Truly, the real beauty lies in the unmistakable irony.   It doesn’t matter.     Buying girl things for boys, and boy things for girls…. my boys could care less.  They are running around my house as pink ninjas now, and I’m prepared with warm clothes to kick them out the house when they start driving ME up the wall…. Which started about 5 minutes after we got home!

Bundle up friends…. and kick your kids out the house, to salvage whatever sanity you can!   Stay tuned for any further programming as developments of the destruction this storm is having on our home become available.  Early estimates indicate anywhere between 5 and 10 hours of cleaning will be required to pick-up all the crap they get out.  However buying kids sized shovels and telling them there is a possibility if they keep every neighbors driveway clean for the duration of the storm they might get paid by someone, is proving a lucrative incentive in keeping them outdoors.  We may weather this thing with minimal destruction yet!