A storm’s a brewing, and I’m not talking about the one that is sending my fellow NOVA residents to the stores in droves for milk and bread.

My sleep has been jacked.  It’s been jacked since I had kids, but more recently it’s gotten worse in that even without their middle of the night wake-up calls, its taking several hours to even fall asleep, and then I’m up on my own tossing and turning throughout the night.  In the last THREE weeks, I have been out of my house for a combined total of 15 hours.  Fifteen.  Out of 504 hours, I have been in my house for 489 of those hours.  In the last week alone, because of the kids germs last weekend, I only left for 3 hours yesterday and that was WITH all the kids for our home-school co-op.  I’m an extreme extrovert, which means I need people to recharge my batteries, and when I say people, I mean ones that can have an adult conversation.  Also, it’s snowed.  The effect this has on my children, appears to be somewhere in the range of what they might be like if they guzzled 16 red bulls one after the other, and my sitter (a born and raised Virginian) is terrified to venture out on the roads.

To recap, I’m a sleep deprived extrovert under house arrest with four children who are literally vibrating with energy. 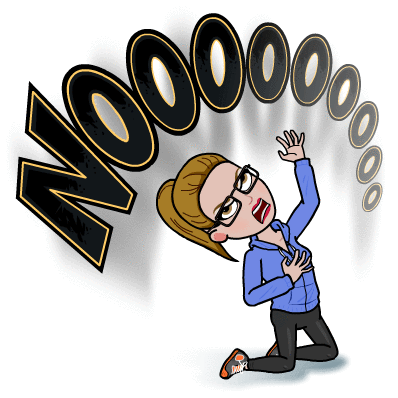 As part of our winter storm preparations, Kevin and I knew me getting out of the house should be a priority, so I tried to connect with one of my girlfriends after dinner last night.  When I walked out the door to head her way, there was already a light dusting of snow on the ground, nothing major for a former Michigander.  I made it out of our neighborhood, and slipped once on the main road, before watching my fellow motorists fishtailing ALL OVER.  Had I still been in our old beater van, I wouldn’t have thought twice about it, but I didn’t trust our new van around those lunatics.  I was home about 10 minutes after I left.  Kevin made me popcorn, and brought me coffee from Starbucks this morning.  He is a sweet man, clearly engaging in his own ‘storm prep’ tactics ;).

Don’t fear for the lives of my children quite yet.  I’m hopeful for a fun day celebrating the birthday of one of my favorites, and its shaping up that I will get to have adult conversation at some point today.  I am praying that the impending forecast is a bit overblown, as I’d really prefer NOT to be locked down for another weekend.  If that does occur and we make it to church on Sunday, I apologize in advance to anyone I talk to.   In my mind I will be telling myself to SHUT UP and let you talk, but in reality I might be SO excited to see you that I just can’t!