I had my 39wk check-up yesterday, and when I walked in the office staff at the Birth Center were so surprised to see me.  After calling in the day before with my contractions, they thought for sure I’d had baby girl.  I never had a false start with the boys, so I’m not gonna lie, it was a little embarrassing having it on number 4!  You would think by now I could tell the difference, but apparently baby girl wants me to know early on that she will not operate like her brothers.  Either way, things have been very quiet since Wednesday.

Our calendar is pretty much clear, but we did take advantage of the beautiful weather today to head into DC and catch the WW2 Victory Day Fly Over event.  I think Kevin was the most excited about it, and wanted to surprise the boys with it, so we didn’t tell them until we were in the car on our way.  Caleb hasn’t left the inquisitive stage he’s been in for the last FIVE years, so as soon as we explained we were going to watch the WW2 war planes, and the last flying B29-Superfortress, about 7 gazillion questions started.  It’s like an art form for him to ask a question about 11 different ways.

“Are they going to drop bombs?”

“Bombs are meant to cause destruction, and this is a celebration event commemorating the victory in the war.”

“Why can’t they drop them in the Potomac?”

“Because they could still cause damage, and it wouldn’t be safe.”

“Why would they cause damage if they dropped them in the water?”

“Because they can’t control everything about a bomb, and bombs are meant to explode, which would still cause damage”  (I’m well past OVER this line of questioning already at this point)

“Dropping ANYTHING over DC would be dangerous because its a highly populated area, and they can’t control what it might hit, which would STILL cause destruction.”  (There are about 8 other versions of the question he also asks, that for redundancy purposes I’m leaving out for you.  This has now gone from a fun family outing, to me on the verge of saying SHUT IT…. and traffic into the city starting to stack up in front of us).

“What if they dropped leaves?”  (I kid you not…. this is how lines of questioning go in our house…. on and on and on… until we get to the ridiculous questions and I’m so far past patience I’m ready to strangle someone.)

“They are not dropping anything.  Let it go.”

The entire time that interchange was going on, AJ was repeating the word ‘plane’, over and over and over…. Just because adding to the noise seemed like a great idea, and Logan had to tell us how very hungry he was about 6 times.

When we FINALLY got into DC, finding parking was ofcourse a treat, and we pulled into a lot only to get grid locked by people that had stopped and gotten out of their cars to watch.  It was right by the tidal basin, so Kevin and the big guys walked on to find the spot they wanted to and AJ and I stayed close to the car to avoid a ticket should the traffic start moving through the lot again.

It didn’t exactly turn out how we envisioned in our minds…. Family picnic on the National Mall enjoying an air show, but we made it fun after all, and saw some cool planes in the process.  The fruit of our efforts were some tired boys that napped all afternoon… Hooray for peace and quiet! 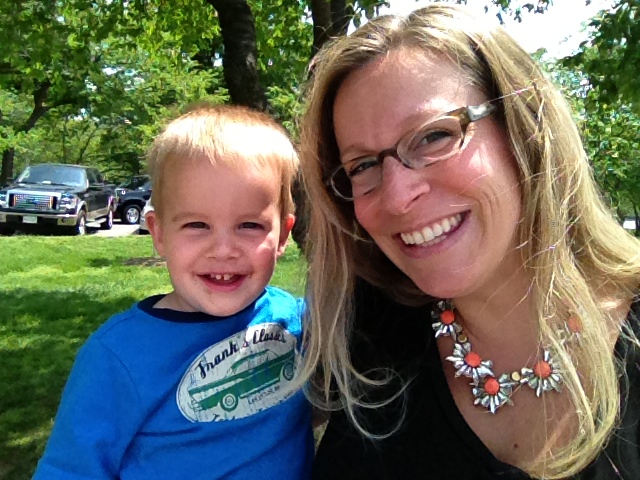 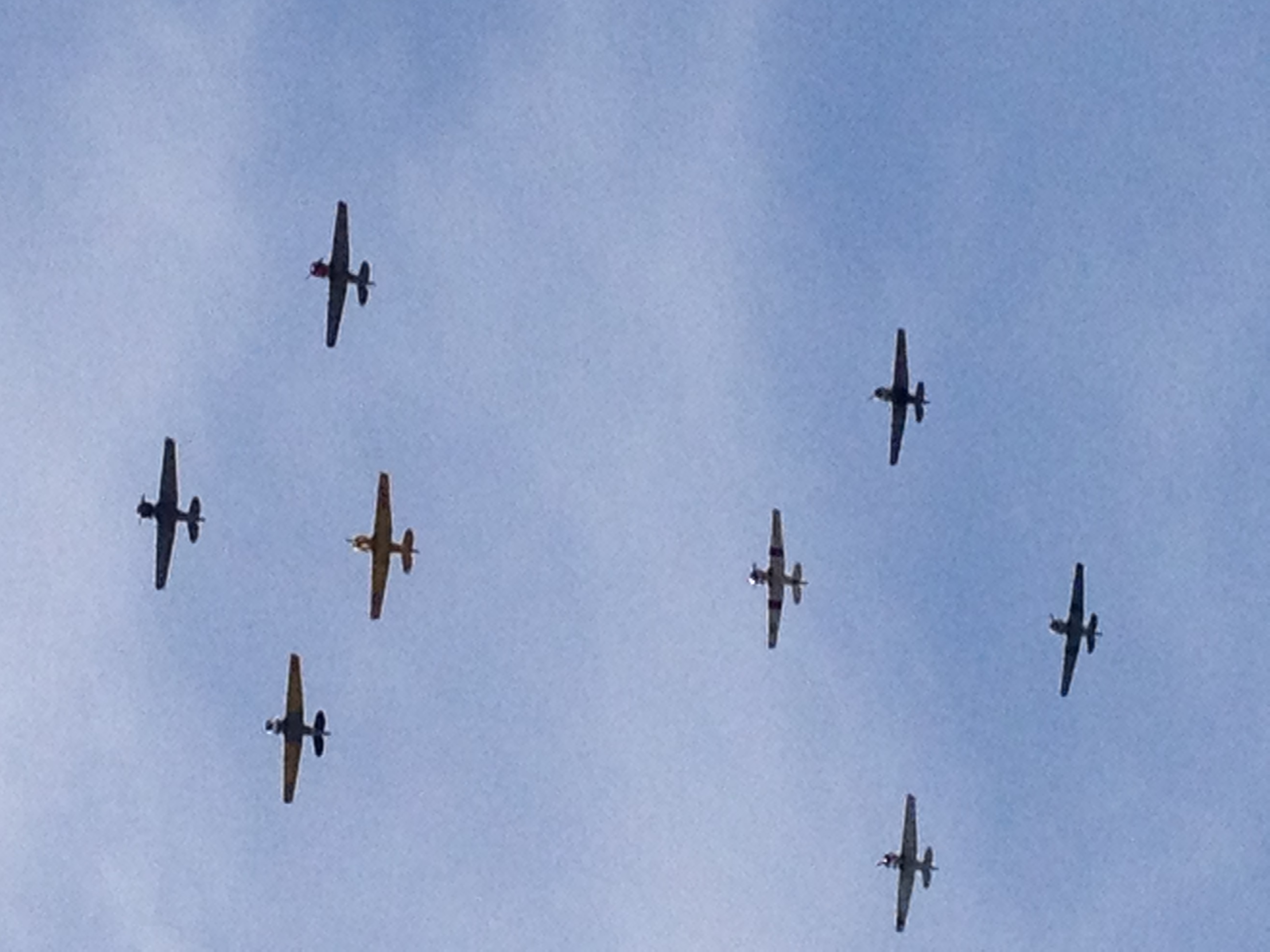 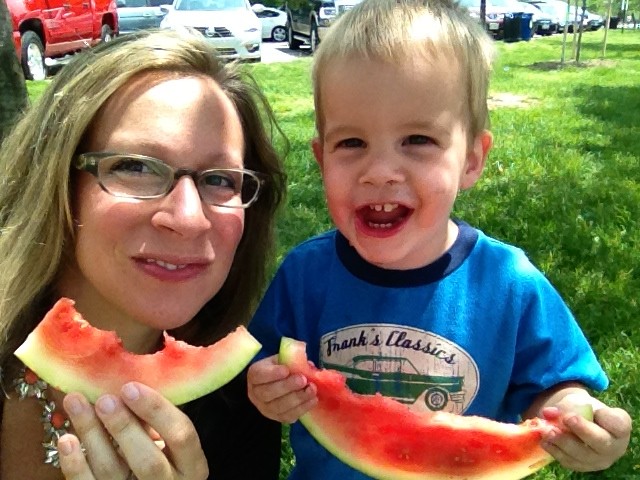 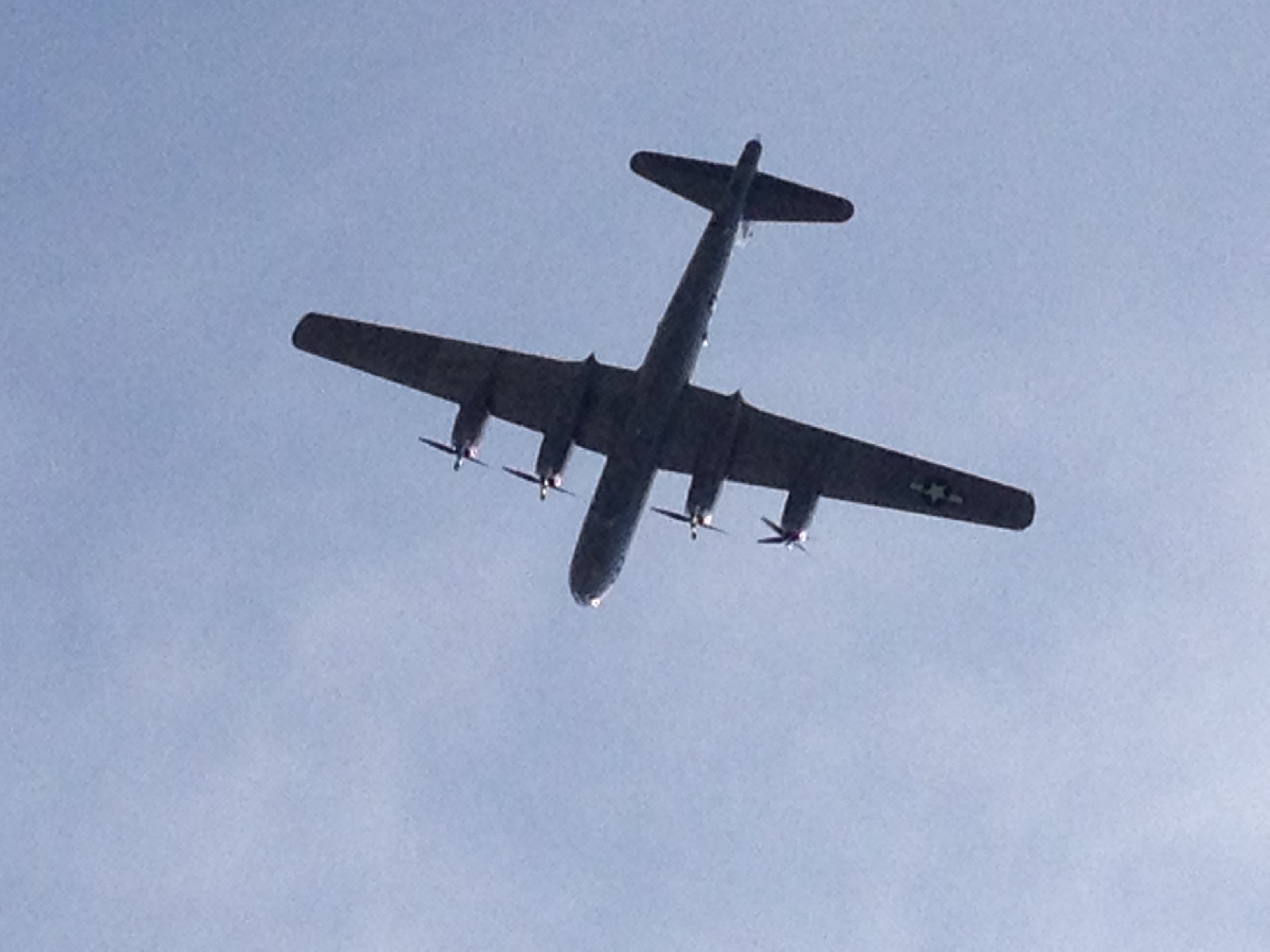 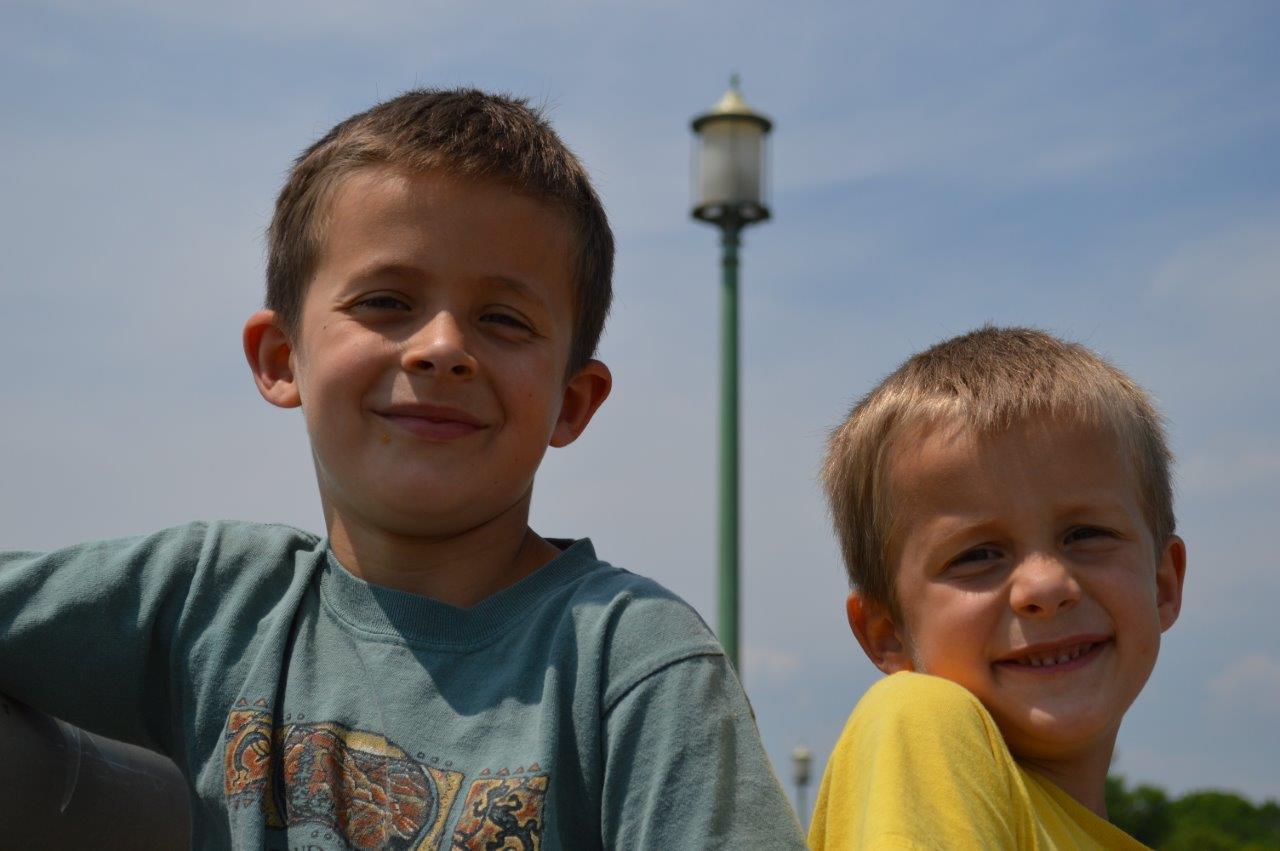