The pictures I posted during last weeks trip to Florida with the boys was our ‘highlight reel’.  Those moments that sway the pendulum of reality toward an idyllic way of life.  What I neglected to capture, was that moment when Cub accidentally dumped my one week old I-phone into the pool while simultaneously whipping my brand new, first pair ever, prescription Coach sunglasses face down onto the concrete, or the four letter word that flew out of my mouth in response.  I didn’t capture the tears of regret over said outburst that poured into my towel, or the exhaustion that had built up from a week of sleeping with a restless two year old, that woke up every morning at 6 and snored like a truck driver.
Would I do it again?
I’d leave tomorrow if I could.
In a week’s time I got to see my mom, my dad, my best friend and her family (whom fed much of my sugary cereal addiction for the duration of my High School career), as well as both sets of my Grandparents.   I also got to meet the baby girl of a friend that recently relocated to FLA from DC.  We ran HARD for a week, and the cost of that did show up in some behavioral melt-downs….. from everyone, but the memories made, in my opinion were worth it.  Swimming in March. Gator Hunting. Shelling on the beach. Riding a wave runner with Crazy Papi in the Gulf.  Ice Cream Cones. Having my Grandparents teach their great grand babies, a card game they had once taught me.  Catching Lizards.  Navigating retirement communities in Golf Carts commandeered by the boys.  Worth every minute! 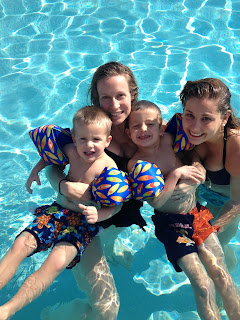 It’s been somewhat surprising to me how shocked others were to realize I would embark on such a trip without Kevin.  Granted, I did have our friend Hannah with me, so I didn’t go it alone, but I likely would have even if she hadn’t been available to join in the fun.  It’s just the way life works for us.  We both need our time away, whether a night here and there, or a week at a time.  It helps keep the insanity of every day in perspective.  That life together IS better than life apart, that the nuances of daily messes, dinner theatrics, bedtime mayhem, and a volume level that just WILL NOT QUIT, is tempered by their hilarity… and to do without one costs the other. 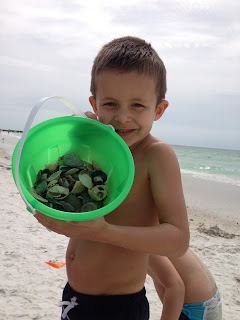 Although, to adequately set my own expectations for future ‘vacations’ with the boys, I will refer to them now as adventures…. My cursory review of each of their definitions made it clear this was the obvious choice.
Vacation: An interval of respite, or rest/relief from daily activities…. NOT what I experienced last week.
Adventure:  An undertaking usually involving danger and unknown risks…..  BINGO! 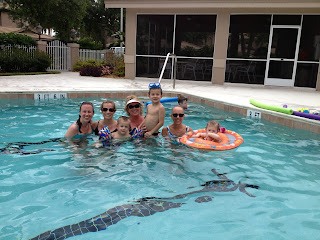 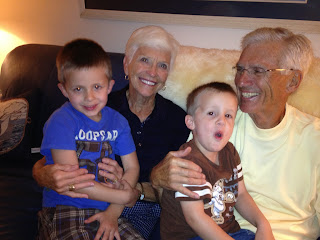 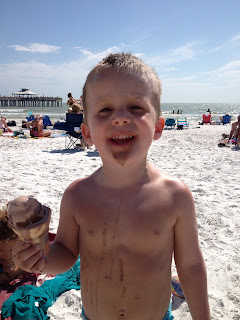 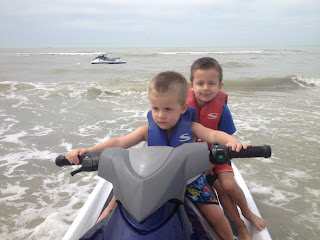 I was talking with a single friend upon my return, and he likened traveling with kids to be similar to a vacation where he brought his laptop and smart phone along.  I had to correct him.  It would only be similar if upon receiving each new mail, text, alert, etc.., at whatever hour of the day or night, his phone/computer would light up, read the email too him in a loud and demanding voice, and then would constantly repeat his name until it was satisfied with his response.  If his computer could start physically poking him, and whining, if the response wasn’t delivered in 30 seconds, it might be a step even closer to reality 🙂 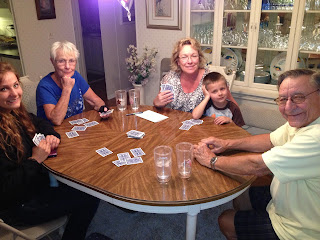 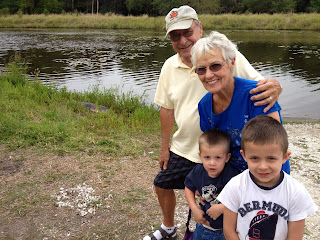 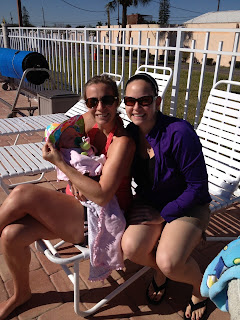 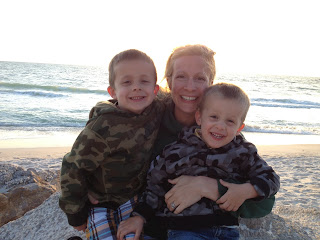